Evernote 8.0 for iOS: Speed and simplicity put it back on my home screen

Evernote released a major update for iOS users that brings a fresh UI with a focus on quick search, easy note creation, and colorful customization.
Written by Matthew Miller, Contributor on Jan. 17, 2017

It's a new year, and to start the year off right, I just put one of my favorite app back on my iPhone 7 Plus home screen. Evernote just announced the release of Evernote 8.0 for iOS devices with a focus on speed and simplicity.

My usage of Evernote began almost 11 years ago on a Samsung Q1 UMPC tablet device, and it continues to be one of the first apps I install on all of my devices. While the core purpose is to capture your thoughts and help keep you organized, the methods have changed significantly over the years.

This latest Evernote 8.0 release provides a much-needed UI refresh that is already proving to be valuable after only an hour or so of use. When you now launch Evernote 8.0, the main display is your most recently updated notes with a center button to create a new note with a single tap or a new audio, photo, or reminder note with a tap-hold-swipe. Placing these two primary functions at the core of the relaunched app is key to its success and daily use.

New search features include tags and reminders, which work well if you use these to organize your notes. All notes with reminders can quickly appear on the display with a single tap. I'll now be using reminder notes more in Evernote 8.0.

Text can now be stylized, sized in three font sizes, and colored as you desire. Evernote Business users will also now find an easier way to switch between your business account and your personal account.

Over the years, I've started moving from Evernote to OneNote, but there is something about the Evernote mobile apps that keeps bringing me back, and this latest release is sure to have me actively using Evernote on a daily basis once again.

A few months ago, Evernote also brought iMessage productivity enhancements to Apple iOS 10, so that's another reason to embrace Evernote and make it a prime app for capturing and organizing everything.

Evernote 8.0 for iOS: Updates and features 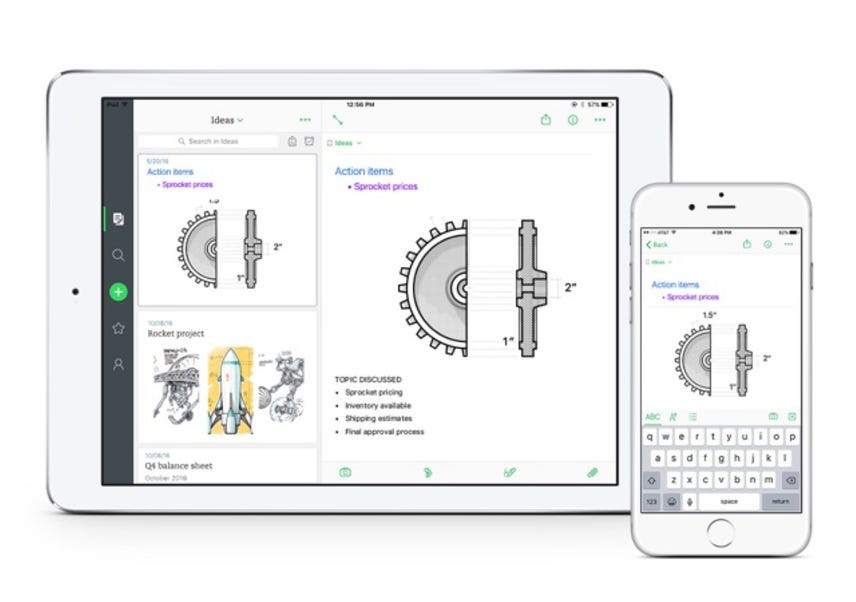