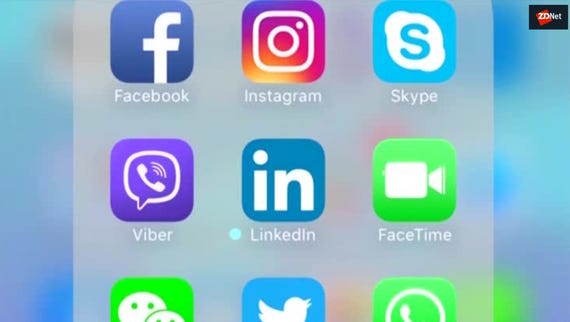 Facebook has promised rapid internal changes in the way our data, security, and privacy is managed in the wake of a massive data breach -- but this may not be the only step the company plans to take.

Evidence has been gathered which demonstrates that Russian operatives covertly used the social network to spread fake news and interfere with the 2016 US election, and now Facebook has discovered similar tactics being used in an attempt to sway midterm elections.

CEO Mark Zuckerberg was hauled in front of the Senate this year to explain himself over the Cambridge Analytica scandal in which the information of 87 million users was "improperly shared" to profile voters, which further opened our eyes to the tactics being employed to abuse the platform.

Not only is Facebook tackling the spread of misinformation and platform abuse for political reasons, but Facebook's reputation was also shredded due to a recent data breach.

The first blow was the spread of misinformation, the second, a personal erasure of privacy, and the third, a security issue which could not have been exploitable by attacks. The anger of users led to the #DeleteFacebook campaign spreading like wildfire across Twitter.

Something needs to change if Facebook is going to regain the trust of users. According to The Information, this change is going to come in the form of an external cybersecurity specialist.

Four people familiar with the matter told the publication that Facebook is "stepping up efforts" to find and acquire a suitable, major cybersecurity firm which could leverage its expertise to protect the network.

Facebook has reportedly approached a number of cybersecurity firms and discussions are underway -- although it is not known which companies are on Facebook's radar.

However, the sources said that the social networking giant is looking at companies which offer solutions that could be folded into Facebook, such as analytics, suspicious behavior monitoring tools, or account risk assessment systems.

A deal could be finalized by the end of the year.

Such an acquisition of a major, high-profile player in the cybersecurity space could not only give Facebook access to a pool of cybersecurity veterans and talent but would also likely be of benefit publicly to the company, given recent events.

For as long as the service is popular, Facebook will remain a target for threat actors seeking access to the vast wealth of information the company stores and the platform shares.

Facebook is a treasure trove of data which can be used not only for marketing but for more nefarious purposes -- such as political meddling -- and even a small security oversight can have disastrous consequences.

It will be interesting to see if a cyberecurity-based acqusition can help reverse Facebook's recent misfortunes.