Facebook's big win: Will this ruling have global impact on how your data is used?

What was seen as one of the best ways to regulate social-media giants like Facebook has just fallen apart in a Düsseldorf court.
Written by Cathrin Schaer on Aug. 27, 2019 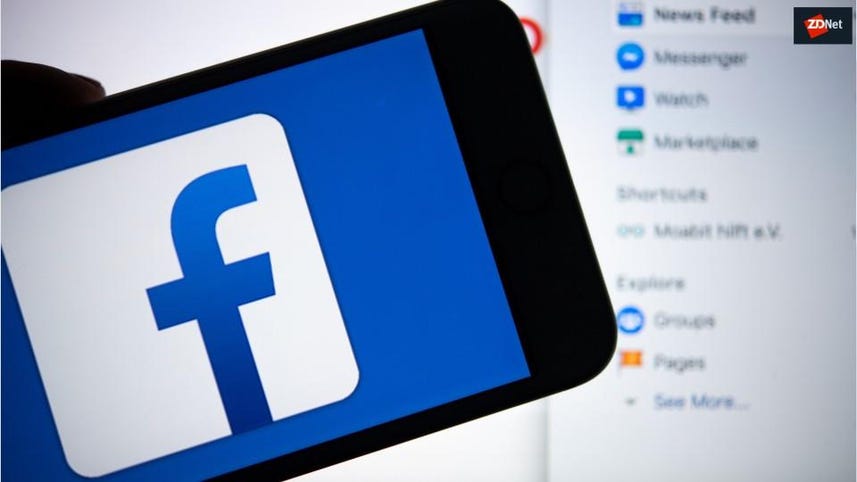 A decision by a regional court in Germany has derailed what many saw as the world's best chance to regulate the behavior of data-gobbling social-media giants like Facebook.

Yesterday, the higher regional court in Düsseldorf issued a 37-page interim decision on attempts by the German Federal Cartel Office, or Bundeskartellamt, to prevent Facebook from combining user data from various sources

In February this year, German cartel authorities said Facebook could only combine data if users gave the company explicit permission. Facebook contested the ruling, taking it to Düsseldorf's regional judges.

German attempts to conflate monopolistic power with how much data a company has and how it uses that data to dominate a market, have been seen as pioneering legal work.

The cartel office has been getting international attention, and their plan to break up Facebook's data-gathering abilities internally was also seen by many as one of the most potentially effective ways to rein in an often-unregulated social-media giant.

However, the regional court in Düsseldorf saw it differently. The court has "serious doubts", it wrote in a statement on Monday. "Even if the data processing that was objected to violated data-protection rules, it did not simultaneously violate monopoly law," judges said.

The cartel office had not enforced its February decision because it was waiting for this ruling. Facebook can now continue to harvest data from all the various channels to which it has access, until further decisions are made – something that could now take years.

The judges are quite clear about their decision too, says Rupprecht Podszun, a law professor at Düsseldorf's Heinrich Heine University, who has been following the cartel office's endeavors in this area closely.

"Interim decisions usually have a more cautious wording," he says. "But this was a very clear cut and strongly opined decision."

Although there's clearly the political and public will for better regulation of the likes of Facebook and Google in Germany, judges are meant to be neutral, and are bound by existing laws and precedents, Podszun explains.

And from a more traditional legal perspective, the judges simply didn't find the cartel office's arguments convincing enough, he notes.

That equals a win for Facebook and a serious blow to those who see data monopolies as a new legal frontier. Other bodies in the European Union and further afield are contemplating this kind of case, too – antitrust advocate and possible presidential candidate  Elizabeth Warren has talked about it, and Congress is also investigating.

However, the German cartel office was the first in the world to really put the theory to the test in court.

The Düsseldorf court's decision has several ramifications. First, the enthusiasm that many international experts in cartel law had about this case has been very much dampened, Podszun says.

Cristina Caffarra, head of the competition Europe team at Boston-based consultancy, Charles River Associates, tells ZDNet: "It's disappointing the court has lacked the courage to support what was praised globally as a worthwhile effort to use antitrust to deal with some of the huge issues we face in the digital space."

The case will go on – the Federal Cartel Office has already said they will take their objections to a higher court, and there is even talk of referring it to the EU Court of Justice, where there may be more sympathy for their argument.

"Data is market power in the digital economy," Andreas Mundt, head of the cartel office, reacted to the regional court's ruling on Twitter. "And that was what we were picking up on with our case. Some basic legal questions need to be clarified. That is why we will be lodging an appeal with the Federal Supreme Court [Germany's highest court]."

And in the long run, the German cartel authorities could still win. But even if they do, the case will take a long time to travel through the system.

"Personally, I think it's over," Podszun told ZDNet, because even if there's a positive decision in five years' time, the technology will have moved on. "The law is at its limits with the internet giants. It is too slow and cannot act swiftly enough."

The case in Düsseldorf was fast tracked but it still took six months to come to court, Podszun points out. That was after the cartel office spent several years preparing it. Looking back at another landmark case in 2017, against Google Shopping by the European Commission, that took seven years to complete, a period most lawyers agree was too long

Germany is also awaiting a new set of rules on competition. Drafted by a commission of experts set up in late 2018, 'Competition Law 4.0' will supposedly be better at calling digital competition and data monopolies to account.

A new draft is expected in the next few weeks and when these come into effect, they could ostensibly alter the legal basis on which courts like the one in Düsseldorf make their decisions.

The other result of the Düsseldorf ruling is that competition authorities everywhere may be more interested in doing deals with those they deem digital offenders, rather than taking the case all the way to an unsympathetic court, that's possibly less aware of digital issues.

It's already happening. For example, in July, Germany's Federal Cartel Office struck a deal with Amazon, that resulted in the e-commerce giant altering its terms and conditions for sellers all around the world.

"We'll see more of that in the future," Podszun predicts. "If you strike a deal with a company, you won't get everything you want, you'll get a compromise. But at least you'll get something and you'll get it quickly."