'Faster than filling up with gas': These ultracapacitors will change electric cars, says startup

Skeleton Technologies says in 3 to 5 years its ultracapacitors can provide the range for an average daily EV drive.
Written by Kalev Aasmae on March 20, 2020 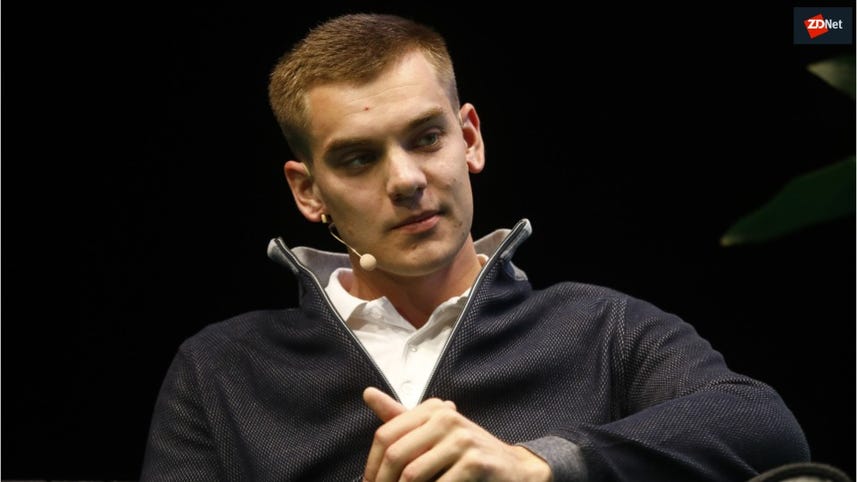 For 30-year-old Estonian entrepreneur Taavi Madiberk, 2019 was a good year. Skeleton Technologies, the ultracapacitor manufacturer he co-founded 10 years ago, signed over €150m ($161m) of new contracts in the automotive, transportation, grid, and industrial sectors and was listed in the Global Cleantech 100 for the sixth time in a row.

In the rail sector, the company signed a deal with Škoda to power 114 trams in three cities across Germany, while a contract with Medcom puts the company's technology into Warsaw's new trams.

Skeleton Technologies also delivered 48V systems for a leading German OEM and, at the end of the year, another contract with one of the largest truck OEMs delivering ultracapacitors for reliable engine starting.

"2019 was a breakthrough year from us. First half of the year we got our manufacturing qualified with large automotive, grid, and industrial companies, which led to signing the first sizeable contracts," Madiberk tells ZDNet.

"But this is only the start. We have perhaps achieved about 1% of our market potential."

Although ultracapacitor technology has been in development for decades, it has only recently reached a point where it is being implemented more broadly in a number of industries.

According to Madiberk, as the technology matures, it will replace the traditional lead-acid battery in various critical sectors already in the near future.

One of these sectors is public transportation where ultracapacitors, with their one million lifecycles, have several advantages over batteries with 2,000-3,000 cycles.

Because ultracapacitors charge faster, they can also take advantage of kinetic energy recovered while the vehicle brakes. Skeleton Technologies says its energy-storage systems for Škoda trams in Germany and Medcom trams for the Warsaw area save around 30% of energy, significantly improving the efficiency of public transportation.

Developing a more efficient technology that is also better for the environment in the context of fighting climate change is something that Madiberk views as a great business opportunity.

"When it comes to climate change, and cleantech technologies aiming to fight against climate change, Europe still has the opportunity to lead the transition to a carbon-neutral economy globally," he says.

"Many people see cleantech and becoming carbon neutral as a cost, but it's actually a huge opportunity. Climate change is the defining issue of our time and we are at a defining moment."

This is also where Skeleton Technologies hopes to step in.

"Our ultracapacitors help save energy in all the major industries that are going to have to achieve energy transition. Industrialists and stakeholders understand that energy efficiency is crucial," Madiberk says.

"The widespread adoption of energy-efficiency measures could reduce industrial energy use by over 25%. This potential is a significant reduction of 8% in global energy use and a 12.4% reduction in global CO2 emissions. It's therefore good for the environment but it also saves a lot of money."

He points out that ultracapacitors are going to be even more widely implemented as the share of renewable energy increases.

"The higher the market share of renewables from the energy mix, the more challenging it is to maintain sufficiently high-power quality. Coal, oil, natural gas, and nuclear are predictable and controllable energy sources and enable the increase or decrease of production based on demand," explains Madiberk.

"The ability to control and forecast both production and demand enables a high degree of control over grid frequency and voltage, and stability in general. Renewables, such as wind or solar, are of course a much bigger challenge when it comes to forecasting production and being able to respond to changes in demand."

He adds that in this context ultracapacitors have a role to play because energy storage is a requirement for the future of renewables-powered energy production and ensuring power quality not only for high-tech manufacturing but to provide stable quality power at all levels of power grids.

According to Madiberk, the biggest challenge for the whole ultracapacitor industry is increasing the energy density so that it's closer to high-power batteries. Skeleton Technologies hopes to achieve that goal using its patented "curved graphene" raw material.

"We are ideally placed to reach these higher energy densities with the strategy and resources we already have in place in Estonia and Germany," says Madiberk.

"Our ambition is to become the leading energy-storage solution for an all-electric future. We are dominating a niche, with the best technology in the market but we need to already think about and develop the next generations of our products that can deliver longer term energy storage.

Madiberk believes that with Skeleton's second-generation ultracapacitors, planned to be launched within the next two years, it can double the energy density of its cells.

"Of course, this advantage will transfer over from our cells to our modules and full energy-storage systems, widening the scope of possible applications for ultracapacitors significantly," he says.

With these breakthroughs, Skeleton Technologies is hoping to change the way automotive, transportation, specifically electric mobility, and fast-charging work.

The company is already doing field-testing for fast-charging buses, with both the bus and the charger equipped with an ultracapacitor pack.

"In passenger cars a similar application will have a profound impact on how people use their vehicles because, in three to five years, we can provide the range for an average daily drive just with ultracapacitors, leaving lithium-ion batteries to cover range for longer drives when required," says Madiberk.

"The ultracapacitor tank can be charged in less time than it takes to fill a traditional fuel tank."

The ultimate goal is to provide a replacement to the lead-acid battery for the automotive and transportation industries.

"Traditional battery technologies are reaching their limitations for several reasons, such as long charging times for electric vehicles and the impossibility of increasing battery lifetime and range while reducing system cost and charging speed."

SEE: Banish billions of boxes? How Amazon's 100,000 electric trucks could eliminate the need for cartons

Madiberk believes that it's going to be a big change for automotive and transportation, not only from a technological point of view but also from an environmental perspective.

"Lead is toxic from the manufacturing perspective. It's very heavy and is not able to cover peak power needs of next-vehicle generations, where online updates and hybrid functions become more important. Ultracapacitors are environmentally friendly and safe, and use no lead, lithium, nickel, cobalt or manganese," he says.

Skeleton Technologies has currently 140 full-time employees, 60 in Estonia and 80 in Germany, where they have Europe's biggest ultracapacitor production facility in Großröhrsdorf, near Dresden in Saxony.

Its current manufacturing capacity is half a million ultracapacitors per year. But to keep up with the demand, the company is working on increasing it to about 3.5 million per year.

More on Estonia, startups and technology