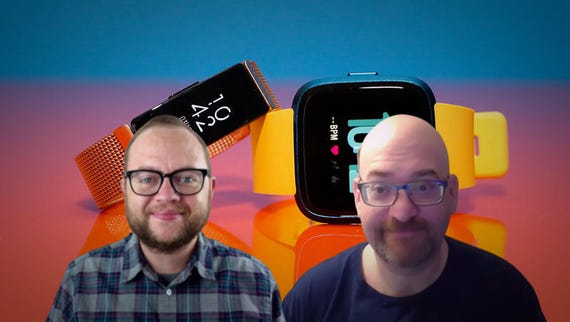 Late last week, Google announced its intention to purchase Fitbit, the beleaguered health tracker manufacturer, in an attempt to vitalize its wearables business, with the presumed intent of producing a Pixel Watch to rival Apple and Samsung's offerings sometime in the future.

You'll have to excuse my pessimism. I fully expect this to result in a total catastrophe for Fitbit's employees, products, and customers. Just about everything Google has ever purchased has been discarded like garbage or has been completely devalued as a result of the company's inability to successfully integrate acquired businesses into its culture.

Arguably, the first 10 years of Google's existence resulted in mergers that were beneficial and necessary for building the company's core services products, such as YouTube, AdSense/AdWords, Maps/Earth. However, its track record with acquisitions over the past 10 years has been awful  -- especially if we consider significant capital acquisitions of $500 million or more.

Let's review the most significant Google acquisitions from the past decade:

Google buys Motorola Mobility for $12.5 billion in an attempt to bolster its fledgling devices business. Unable to successfully integrate the company or its products into its culture, Google sells it for a $9 billion loss in January 2014 to Lenovo.

Google buys Waze, an Israeli mapping and navigation firm, for $966 million. Since the Motorola debacle, it was Google's largest acquisition after the $676 million purchase of ITA Software, which became Google Flights. (Uh, remember that? Does anyone use that instead of Travelocity or one of the many others? Neither do I.)

To this very day, Waze has not had its app technology fully integrated into Google Maps. Some Waze app features, such as live traffic and incident reporting, have only recently migrated to Google Maps. And the app is still standalone, with a completely different UX from Google's other Android and iOS apps.

Google buys Nest, one of the first "Tech Unicorns" for $3.2 billion in cash. Over the next several years, Nest experienced a brain-drain, which included the company's founders, Tony Fadell and Matt Rogers. The company ceased to exist as an independent entity in 2018 -- when Google finally merged it into its home devices business. In 2019, Google phased out the cloud services in favor of its own, effectively causing partner-connected devices in the Works With Nest ecosystem to become abandonware.

Nest also buys Dropcam in June 2014, for $555 million. In March 2016, harrowing tales of the company's dysfunctional culture began to emerge, and Dropcam's co-founder Greg Duffy announced his regrets in selling his company to Google. Dropcam and its cloud technology stack are eventually abandoned in favor of Nest Cam instead.

Google also buys Deepmind Technologies, a UK-based artificial intelligence, and machine learning firm, for $625 million. As of 2019, nobody knows precisely what Google has done with Deepmind to make money, and the company continues to accrue large financial losses. Deepmind would also be one of several significant acquisitions over the next several years meant to bolster Google's Cloud Platform and analytics stacks. Others include Bebop ($380 million), Apigee ($625 million), and Looker ($2.6 billion). But, in 2019, Google's Cloud Platform business (with its $8 billion run-rate) still trails far behind that of Amazon Web Services (at $33 billion) or Microsoft's combined commercial cloud business (of $44 billion, which includes Office 365 and Azure).

In 2019, According to StatCounter, Google's Pixel business in North America has a total market share of about 2.23%. However, based on Google's actual device business revenue -- which the company has never disclosed because its financials are buried in its "Other Revenue" category that includes its cloud business --  that market share estimate could be significantly less. My ZDNet colleague, Ed Bott, recently reverse-engineered the numbers on Google's "Other Revenue" segment and estimated that, conservatively, on the high end, Google sold a maximum of 12.8 million Pixel 3 devices since sales began, and on the low end, only about 8.9 million. That would put Google's North American smartphone device market share far short of StatCounter's estimates, below 1 percent.

Pixel year over year business has slowed overall, and the company struggled with Pixel 3 sales in the first quarter of 2019, according to the company's chief financial officer. The recently introduced successor to the Pixel 3, the Pixel 4, has had very mixed reviews, with many citing poor battery performance and high cost of the device relative to the base hardware configuration -- such as the included cameras, RAM, and included flash storage -- when compared with major competitors like the Samsung Galaxy S10 and even Apple's iPhone 11.

Google announces its intention to purchase Fitbit for $2.1 billion.

Fitbit has been struggling in recent years -- with its health-focused tracking wearables -- in a market with much more powerful and versatile smartwatches, such as the Apple Watch and Samsung's Galaxy Watch, both of which sell much more capable products in similar entry-level price ranges ($199) with substantially larger application ecosystem support. The company's weak sales of its Versa smartwatch prompted it to cut its revenue outlook in July 2019.

Fitbit is now part of Google

So, the big question is: Now what does Google plan to do with Fitbit?

Google already has a smartwatch operating system in the form of WearOS, formerly Android Wear. It's not like the company couldn't have launched its brand of smartwatch before -- made by either an OEM or ODM partner, like Samsung, LG, or even Huawei, all of which have already launched WearOS devices in the past.

But the WearOS partner ecosystem has fallen apart. Developer support has been tepid, at best, and many users have complained of bugginess and poor performance. Google's largest OEM partner in the Android ecosystem, Samsung, has abandoned WearOS in its Galaxy Watch devices in favor of Tizen, a much more resource-efficient and agile, open-source OS that is based on Linux.

Arguably, despite Fitbit's dire financial outlook and weakening device sales that prompted it to be rescued by Google, the in-house designed OS that its product line uses is well-liked by its users and could be adopted by Google to form the basis of a Pixel smartwatch and other wearables, perhaps even an AR device like the failed Google Glass.

But questions remain: Does a "not invented here" mentality pervade Google? Will WearOS continue to be developed in favor of Fitbit OS? Plus, there's the issue of the continued WearOS investments by Google's smartwatch partners -- if WearOS development at Google ceases, then developers will abandon it entirely. That would look very bad for Google indeed.

And, if that's the case, will Fitbit OS be open sourced or licensed to OEMs? It all sounds extraordinarily messy, and, ultimately, the consumers that invested in WearOS devices will get the short end of the stick if Fitbit OS wins the internal battle at Google. But it sounds like Fitbit is shaping up to be more of an expensive acqui-hire than it is an actual technology acquisition. So, Fitbit OS is probably doomed -- at least as an overall platform.

Fitbit's current customers have also expressed concern because of Google's loosey-goosey attitude toward privacy. They haven't yet made a commitment to strong governance over their cloud-based health data and how the company will use it after the acquisition. If I were a Fitbit customer, I'd be looking at Apple or Samsung's products right about now.

Based on this storied past, I don't think that Google has demonstrated either the hard or soft skills to properly integrate Fitbit into its culture -- which is toxic and is long overdue for internal disruption. But only time will tell.

Do you think the Fitbit acquisition will echo Google's previous failed attempts to integrate their large purchases into their culture? Talk Back and Let Me Know.

Join Discussion for: Fitbit is doomed: Here's why everything Google...