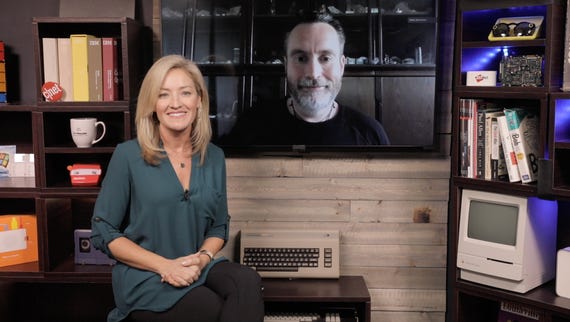 Samsung has released a video encouraging Galaxy Fold users to be careful as to how they handle their $2,000 smartphone. Problem is, smartphone owners are clumsy and careless and don't pay attention to instructions and warnings. Several other things concern me about this video. The first is the need for a care video in the first place.

Samsung should be pretty well placed to know how well -- or badly -- people handle smartphones. Experienced tech reviewers peeled off the Galaxy Fold's screen protector despite warnings to the contrary, so there will be no end of regular "muggles" doing that again.

I'm also really concerned by the bit of the video that pleads with owners to "just use a light touch" on the display.

What does this mean? A lighter touch than people normally use.

People are used to smartphones having robust glass displays (unlike the old smartphones and PDAs which had soft displays), so maybe the folding display needs gentler handling, which doesn't bode well for the Galaxy Fold. People are going to press, poke, and jab at the display with their meat nuggets and anything they happen to have close to hand.

The use of magnets also worries me.

As someone who sometimes carries magnets in pockets, I'm well aware of how much random magnetic detritus and schmoo exists in pockets, and all this will be drawn to the Galaxy Fold's magnets, along with keys and coins (US coins aren't magnetic, but there are plenty of countries that use magnetic coins) and other things people carry with them.

The Galaxy Fold is going to be a magnet -- literally -- for all these things.

Here's a video by YouTube channel JerryRigEverything that shows the Galaxy Fold's display being permanently damaged by a fingernail:

Putting this all together, I can't see how this won't turn into another PR trash fire for Samsung. I think Samsung should have let the Fold die rather than reanimate its corpse for yet another kicking.

Will you be buying a Samsung Galaxy Fold? Let me know in the comments!

Join Discussion for: Galaxy Fold re-release looks set to be another...