Full Bio
Posted in Between the Lines on January 15, 2019 | Topic: Security 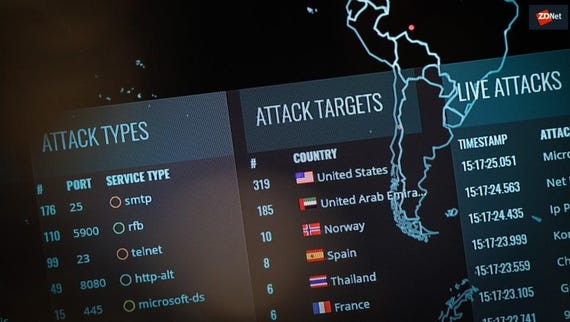 Trends in Cyberwar for 2019
Watch Now

GE said it plans to make its digital ghost technology commercial available in late 2019 and expand it into oil and gas and renewable energy industries.

Launched in 2017 out of GE's research unit, digital ghost is a security spin on digital twin technology. Where the digital twin replicates physical equipment virtually for predictive maintenance and other use cases, digital ghost is a virtual version of control systems in industrial ethnology that can find attacks based on anomalies in how the machine is operating.

Digital ghost technology, which in theory is an "invisible presence" that watches over and monitors every part of a power system, has been in development with the U.S. Department of Energy. In October, GE said the Department of Energy awarded it a $12.6 million contract to develop cyber-protection technologies that will act like the immune system in the human body. Digital ghost is a part of that contract.

The digital ghost technology is designed to complement information and operational technology firewalls as well as mesh with edge computing and digital twin technologies.

GE's latest advance with digital ghost is to know when a sensor is being spoofed. Justin John, technology director for controls and optimization at GE Global Research, said power plants are increasingly being attacked by nation states. "For critical infrastructure there aren't any random hackers. Infrastructure is being attacked by well funded nation states," said John.

By creating a digital twin of the control system and sensors, GE can use digital ghost to look at the physics behind a machine. Artificial intelligence can detect attacks based on comparing how a machine normally operates. What's changed with attacks is that attackers can spoof the code of controls. "This spoof code of controls can fake an attack or make operations look different,"  explained John. "With AI, we can look at 140 different dimensions and correlations with the sensors. If it's a staged attack sensors will be manipulated over time."

Digital ghost can now pick out the sensors that are being attacked and create an active defense, said John. For instance, a power plan may have six compromised sensors under an attack. The system would replace readings from those sensors with estimates from the digital ghost, said John.

The upshot is that by using those digital ghost estimates, a plant operator can replace those compromised sensors when it's most convenient to bring the equipment down.

"We are working with business partners to deploy in 2019 with algorithms based on more than 30 years of normal operation," he said.