When it comes to getting the right results from big data analytics, Tectonic believes that starting small, testing thoroughly, and moving fast might be the way to go. 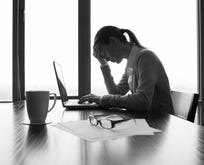 Big data's biggest problem: It's too hard to get the data in While big data has been turned into more of a marketing term than a technology, it still has enormous untapped potential. But, one big issue has to get solved first.

The company, whose customers include Anheuser-Busch, Philips, and Coca-Cola, has launched its Analytics in the Cloud program featuring two services, MoveIt and SolveIt, which aim to allow companies to try out data warehouse and analytics tools and services before making a full migration.

"MoveIt offers professional services in the cloud," said Tectonic's founder and CEO, Blair Linville. It's big data analytics that, he says, can be used for consulting, marketing automation, and CRM in both enterprise and middle-market organisations, in verticals from consumer services to healthcare, and from media and entertainment to financial services.

"It allows companies to start small and identify the really impactful business developments," he told ZDNet. "To begin with, companies could identify 10 users and 10 things that they do and analyse that. You can start small and quickly build that up."

Users can "grab onto our software as a service [SaaS] model and really use that without having to be experts at all," he said.

The second app, SolveIt, is intended for use by chief marketing officers or those in similar roles. "What you are getting there is a model that allows you to analyse organisational behaviours and to take action through the software's predictive and diagnostic interactive insight," said Linville.

"So it's ideal for use by people to pilot specific behaviour-shaping problems or outcomes. People think 'I have a ton of data but I really don't know how to make the most of it'. That is what SolveIt does -- help them make the most out of it."

The software allows businesses "to lean on experts and service providers" to address common concerns, such as daily data management/integration and ongoing application development.

It provides "the proper services, training and resources for organisations to build an agile culture that caters to customer needs efficiently and effectively," Linville said.

Launched 18 months ago, the company now has 180 staff.

Join Discussion for: Getting results from big data analytics,...