Matson's Peter Weis, chief information officer, said the decision to close four data centers to go all-in on Amazon Web Services was made easier due to software architecture decisions made about the time the cloud giant was launching.

The shipping company, which has a network that runs through Hawaii, Alaska, Guam, China, and areas of the South Pacific, could go to the cloud largely because it started to put all of its mission critical applications on an open architecture a decade ago.

"It took 8 to 9 years of pain," said Weis, referring to the software rewrite required to fully go public cloud. "The public cloud is an enabler. We made a big bet and it takes leadership and vision to not stop a transformation midstream."

My talk with Weis was interesting to me on a few levels. I've been covering enterprise technology for almost two decades and the psychology between customers that choose to be locked into a vendor is fascinating. There's a mental tug-of-war between customers that want "one throat to choke" and discounts vs. the vendor who obviously wants long-term leverage, up sell potential, and to lock you into a platform for years.

Before cloud computing became pervasive, lock-in was about hardware and software and maybe securing a No. 2 supplier only to keep the No. 1 vendor honest. Technologies to diversify public cloud providers haven't matured yet, but will get there as platforms like OpenStack enable companies to change infrastructure services more easily.

Weis was well aware of those lock-in concerns with AWS, but ultimately decided the hedge with other providers wasn't worth the effort. However, Weis has something most companies don't -- an open stack of largely custom-built applications that can be moved easily. So while Matson has no intention of leaving AWS, Weis knows his enterprise architecture allows him to swap cloud providers without a lot of grief.

Simply put, Matson's real work to go all-cloud and all-AWS really started in 2005 and 2006 when the shipping company decided to leverage open source tools like Linux and JBoss with applications built on J2EE. It's worth noting that Matson's decision to build internet-friendly and portable applications started well before AWS matured. In other words, Matson and Weis are at the place where most companies and execs want to be, but got there with a bit of good fortune.

Here are some key takeaways from my talk with Weis.

Lock-in is really about architecture not vendor choices. Weis, Matson's board of directors, and CEO Matthew Cox were unwavering in their efforts to develop an open software stack. Shipping is a small market and largely requires custom built applications. Matson, which is 134 years old as a company, is known as a premium brand in shipping with a focus on Hawaiian freight. The plan was to grow globally into places like China, Guam, and Alaska without diluting the brand, said Weis.

"When we started this journey IaaS wasn't a mature market. We built out an open J2EE architecture," said Weis. "We didn't foresee the maturation of cloud infrastructure, but had the right architecture and always had a single instance. When we do acquisitions we make sure the systems are assimilated into the platform so it maintains purity. We want to keep our stack pure."

Matson's definition of pure means open technologies from the operating system to the database to middleware and ultimately to the application layer. "We also have reusable components and services as common widgets," explained Weis. "We have 150 common application services and all applications can run anywhere." To keep the stack pure, Matson never outsources the management of the stack.

The psychology of going all-in with one vendor -- AWS. Weis said he was among the hardest sells when it came to going all-public cloud with one vendor. "The hardest sell for going all in was probably me. I've always been leery of switching costs and painting yourself into a corner whether it's SaaS, an Oracle stack, IBM stack, or SAP stack," said Weis. "But there are 35 ocean carriers so it's a niche industry with a lot of core mission critical software custom developed."

Matson's choices were to go hybrid cloud or all-public cloud with multiple vendors. "I was leery of picking AWS because it was so big, but the cultural fit mattered. I met with a few companies," said Weis, who noted that Matson is a mid-sized company with more than $2 billion in sales. "AWS is responsive for how big it is."

So how did Weis come around to going all-AWS? Weis said Matson's open stack architecture means "we know we can leave." "The switching costs are pretty modest if we do need to move," said Weis. "Those switching costs won't go up over time." 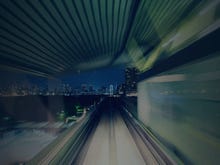 Weis, though, is aware of locking in more. Matson is using AWS' standard compute and storage services and "intrigued" by the cloud provider's big data, Internet of Things, and machine learning efforts. The catch is that those additional services may make Matson more dependent on one vendor.

Nevertheless, Matson has built four new ships that are automated and cost more than $1 billion. Automation matters and so does the data required to be efficient at the cramped Honolulu port. Matson is evaluating the risk and reward of using AWS' more high-end services vs. diversifying for big data services.

Matson does run Oracle E-Business Suite with Oracle's cloud, but is debating moving that over to AWS. Eighty-five percent of Matson's mission critical apps run on AWS.

"We're not going to artificially diversify and lose efficiency in the name of hedging. That would cost us money and time," said Weis. "A better way to hedge is to stay abreast of the market, talk to other cloud providers, and definitely keep your stack pure. AWS knows customers down the road will be able to move."

The security question. Weis said it took a while to get comfortable with AWS' cloud security and a lot of homework was conducted at the cloud giant's re:Invent conference last year. Security is a board issue. "The dialogue was really about security not giving up servers," said Weis. "I had to get comfortable that AWS will be better at security than we would. We still have our role."

Cloud cost management now and going forward. Weis said Matson is more about speed than cost management, but that'll change over time. He said when Matson moved to an open stack from mainframes and DOS applications in some cases, the company cut costs 50 percent. And now Matson has shuttered its four data centers and moved to AWS the company has cut costs another 50 percent. "I anticipate having tighter cost management in the future, but we've freed up so much money," said Weis. "Our view is that getting this done is a new starting line."

Nevertheless, Weis said as Matson scales it'll watch savings more. The cloud has enabled Matson to invest more in the customer experience as well as automation in shipping terminals. "Efficiency is everything and analytics and big data will be key," said Weis. "We expect our cloud costs will increase over the next several years."

Matson's approach was to use AWS' on-demand pricing for 2016 as it moved away from its data centers. That move was to gauge usage. Starting January 1, Matson will use reserve instances for discounts, said Weis. 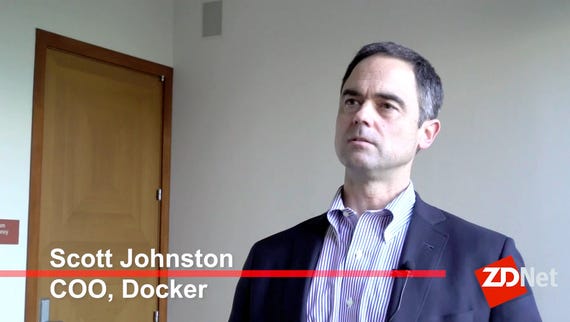