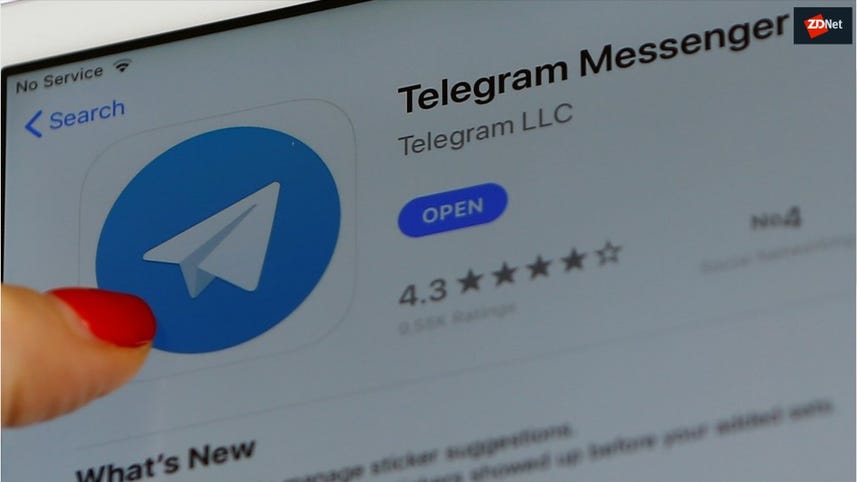 UPDATE April 17, 7.45am PDT: The number of blocked IP addresses appears to have shot up on Tuesday, due to new ranges being added to the blacklist.

Novaya Gazeta puts the figure at 2.4 million, while Bleepingcomputer, citing additions to the blacklist made public via GitHub, now reports that a whopping 16 million addresses are blocked.

Meanwhile, Interfax reports that Roskomnadzor, the censoring agency, has been hit by three denial-of-service attacks in the past 24 hours. Interfax also states that Roskomnadzor is now blocking 18 subnets in connection with the Telegram order.

After a Moscow court last week ordered the blocking of encrypted messaging app Telegram, in a case involving the proprietors' refusal to give encryption keys to the authorities, Russian telecom regulator Roskomnadzor set about implementing the ban.

However, Telegram moved its services onto Amazon and Google's cloud infrastructure during the weekend, in an attempt to continue serving its customers.

According to Meduza, the Latvia-based independent Russian news site, Roskomnadzor on Monday added a series of IP blocks to its blacklist that effectively bans about 800,000 Amazon Web Services IP addresses and more than one million Google Cloud IP addresses.

"Roskomnadzor is taking and will take all necessary measures to comply with the court decision," the Russian state censor told ZDNet in a statement.

The regulator added that the court's decision covered not just Roskomnadzor and its ISP blacklist, but also services that could be used to circumvent the ban, such as "VPNs and proxy services".

After the court issued that ruling, Telegram founder Pavel Durov said on VK.com, the Russian Facebook clone that he also founded, that Telegram would use built-in mechanisms to bypass the ban. However, he also said that "100 percent availability of the service without VPN is not guaranteed".

On Tuesday afternoon, Durov appeared defiant, saying in a VK.com post that Telegram had survived the first period of blocking in Russia.

"As the past day showed, in its war with progress, Russia's supervisory authorities are ready to block millions of IP addresses of cloud hosts without regard to the loss of extraneous projects," he said.

The VPN provider NordVPN said in a Monday statement that it had seen a 150 percent increase in Russian user numbers after the ban was instated.

"We always see an increase of users from the countries where freedom of speech is restricted or surveillance is increased," chief marketing officer Marty Kamden said.

The Telegram ban has reportedly had an impact on Russian government officials, among whom the service has been very popular. According to Bloomberg, Kremlin officials have been forced to switch to the rival ICQ service.

ZDNet has asked Amazon and Google for comment, but had received none at the time of writing.

Telegram refused to hand over its encryption keys to state authorities.