Google Assistant is starved for conversation

To grow as a conversant AI, Google's Assistant needs to have lots of conversations. But unlike Google's ubiquitous search, the Assistant is available only in three little-used contexts for now.
Written by Ross Rubin, Contributing Writer on Nov. 9, 2016

Perhaps Google's new assistant should be asking for help instead of offering it.

It's bad enough that the search and mobile OS giant chose to launch its answer to Siri and Alexa without a name, but it hasn't given it much of a home, either. While Siri has transitioned across Apple's product line and Amazon's Alexa is starting to creep into (admittedly) niche products such as portable Internet radios, and robots, Google Assistant has dribbled out into three products that represent an almost negligible percentage of the Android's enormous mobile footprint. These include:

Allo. The birthplace of Google Assistant, Allo also represented Google's most direct answer to Apple's phone number-based chat app Messages. Its anticipation resulted in a download spike at launch. However, since then, it has failed to attain enough viral value to mark any credible threat to giants such as Facebook Messenger and WhatsApp, much less smaller usage bases such as Kik as its download numbers have plunged according to Apptopia.

Pixel. Perhaps in part reacting to the disappointing pick-up that Allo has yielded for Google Assistant, Google has put Assistant front and center (well, actually, left and top) of the Pixel phone experience. Pixel, while not groundbreaking, is a highly competitive debut device. It the start of what marks a major directional change in Google's homegrown handset policy, leaving behind Nexus partners.

However, it will take some time for Pixel to grow into anything that would rival the sales of Samsung or even LG. Samsung represented 20 percent of the smartphone market in Q316, a market share that was knocked way down by the Galaxy Note7 fiasco, but still good enough to land the #1 ranking. And while it won't do much for Assistant's spread, Pixel will be the first phone to be compatible with Google's imminent Daydream VR system, making it potentially the first agent to operate in worlds other than our physical one.

Google Home. Google has described its fresh new home agent as standing on the shoulders of Amazon's Echo speaker. Google's implementation represents a chance to stake out ground in the home. . However, while the Echo, which is doing relatively well for Amazon, creating a beachhead for a company that saw its first crack at a phone derailed, its volumes represent barely a rounding error for Google in terms of household penetration. Google will have to go well beyond the integrations for which Amazon has a head start, that is, if it's even a category worth pursuing long-term with some Echo owners saying the device use fades (or at least gets severely constrained) after the novelty wears off.

In the coming months, we can expect to see Assistant gain access to a huge number of functions and from a wider range of devices. The Consumer Electronics Show may well see support announcements explode as it did for Alexa last year. But its ubiquity must grow along with its utility. And the key to growing that is to give it prominent position in more Android smartphones beyond the Pixel. 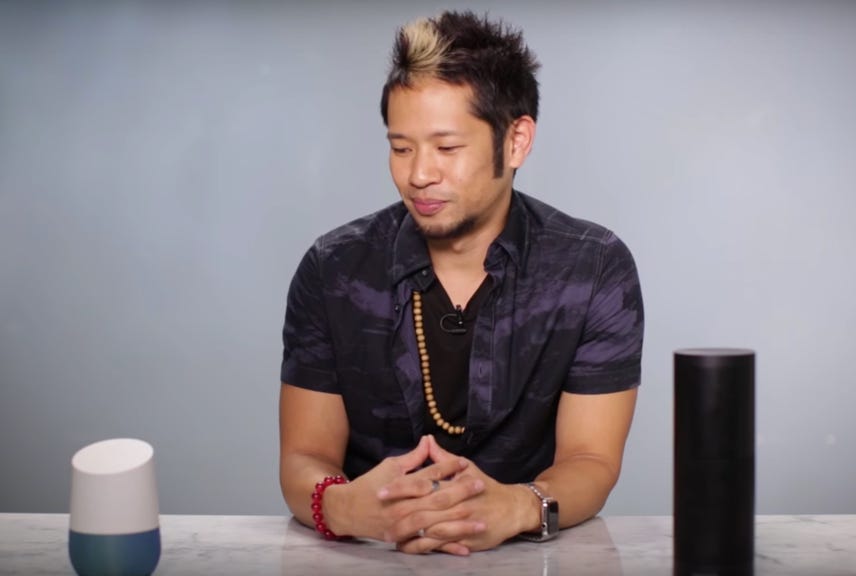 Smart Watches
Google Tasks review: The simplest way to get the job done