In the first major deal under Thomas Kurian’s watch, Google seeks to fill out its BigQuery analytics portfolio.
Written by Tony Baer (dbInsight) on June 6, 2019 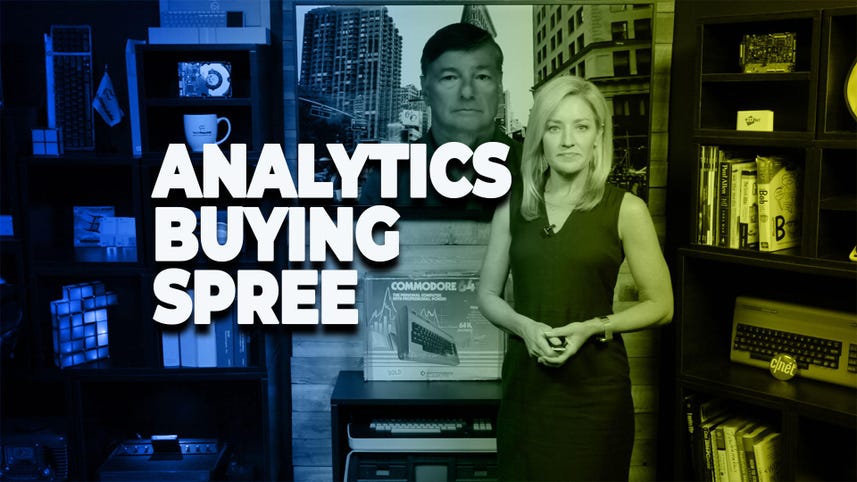 Google announced this morning its intent to acquire business intelligence platform Looker for $2.6 billion in an all-cash deal. Google plans to add this to the services portfolio of the Google Cloud Platform, providing the last mile link into BigQuery.

Must read: What Google Cloud Platform is and why you'd use it | Google Cloud Next: Everything you need to know

For Google Cloud, Looker closes a gap with competitor offerings in the cloud space from Amazon Web Services and Microsoft Azure as well as a bevy of others. Increasingly, analytics, machine learning, and artificial intelligence are the differentiators for enterprise customers.

On a conference call with press and analysts, Google Cloud CEO Thomas Kurian made the following points about the deal:

Looker spans the gap in two areas of data warehousing and BI: Providing a layer for exploring and transforming data and providing the dashboarding that is the last mile to the end-user. While it addresses both areas, Looker does not necessarily replace ETL tools such as Informatica, or visualization tools such as Tableau. Instead, its approach, based on modeling, is designed to address the challenge of providing access to a single source of the truth.

Looker's cloud-based platform includes two components. The first is a modeling platform where the user codifies the view of the data using a SQL-like proprietary modeling language (LookML). It crawls the target database(s) to generate baseline models that developers then enrich. Compared to traditional data modeling tools, LookML goes beyond codifying the underlying schema of the source by embellishing it with metadata on how entities are related, tables are joined, data extracted, derived values calculated, and more. It can model relational and non-relational data such as JSON documents.

It complements the modeling language with an end-user visualization tool providing the self-service analytics portion. While Looker is not aiming to replace Tableau, its model-based approach is a response to the proliferation of end-user data extracts that organizations using self-service visualization tools often wind up with.

One thing that Google does not plan to change is Looker's support for crawling and integrating with data in multiple clouds. To that end, it is very consistent with Google's strategy for its Anthos offering that is designed to offer a Kubernetes-based hybrid environment that is cloud-agnostic.

Both companies are already quite familiar with each other as they share 350 joint customers. Google expects to close the Looker acquisition later this year.