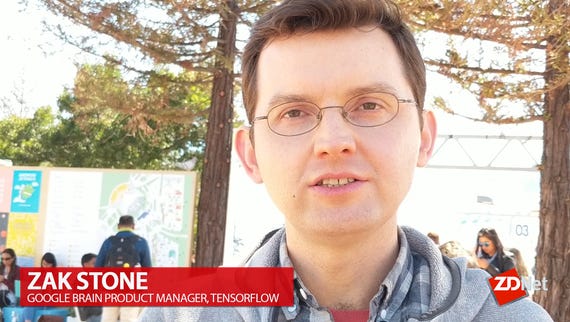 Video: Google's Zak Stone on TPUs and the evolution of AI accelerators

After around 3,000 Google employees rebelled against Google's involvement in the Pentagon's Project Maven AI program, some employees have decided to quit in protest, according to a report.

Some 4,000 employees have now signed the petition against Project Maven and "about a dozen" have resigned due to Google's continued involvement in the project, according to Gizmodo.

Some 400 technology academics and researchers from around the world have also thrown their weight behind the Google protesters' cause, publishing an open letter calling on the company to withdraw from Project Maven and commit to "not weaponizing its technology".

Project Maven aims to develop AI that can spot humans and objects in vast amounts of video captured by military drones.

Google has previously said the technology flags images for human review and is for "non-offensive uses only".

It has provided the Department of Defense with its TensorFlow APIs to assist in object recognition, which the Pentagon believes will eventually turn its stores of video into "actionable intelligence".

But some of the resigning employees believe Google shouldn't be involved in any military work and that algorithms have no place in identifying potential targets.

The employees are also not impressed with company executives' response to the initial protest, which called on Google to cancel its contracting role in Project Maven and vow never to build technology for war.

"We believe that Google should not be in the business of war," the open letter from Google employees stated.

"Therefore we ask that Project Maven be cancelled, and that Google draft, publicize and enforce a clear policy stating that neither Google nor its contractors will ever build warfare technology."

According to Gizmodo, Google still hasn't developed a policy document detailing safeguards around its use of machine learning.

One of the resigning employees says this step should have been taken before Google agreed the contract. Another claimed that Google execs are now less transparent with workers about controversial decisions and less responsive to employee concerns.

However, Google has reportedly held a number of sessions with employees featuring speakers both for and against Google's contract on Project Maven.

The more than 400 academics from around the world who signed an open letter published yesterday are supporting Google employees against Project Maven.

The group wants Google to terminate its role in Project Maven, vow never to develop military technologies nor use personal data it has collected for military operations, and promise never to participate in the development of autonomous weapons.

"We wholeheartedly support [employees'] demand that Google terminate its contract with the DoD, and that Google and its parent company Alphabet commit not to develop military technologies and not to use the personal data that they collect for military purposes," the letter states.

The group said it was "deeply concerned" that the data Google collects on people's lives through its products could be integrated with military surveillance data for targeted killing.

"With Project Maven, Google becomes implicated in the questionable practice of targeted killings. These include so-called signature strikes and pattern-of-life strikes that target people based not on known activities but on probabilities drawn from long-range surveillance footage."

ZDNet has asked Google for comment and will update the story if it receives one.

Google acknowledges "military use of machine learning naturally raises valid concerns" but says this project "is for non-offensive uses only."

Following the launch of Alphabet's Jigsaw, Schmidt is leading a new innovation board.

Over 3,000 Google employees signed a protest letter in April. Now, a few are reportedly walking out.

Google is providing TensorFlow APIs to the Pentagon for Project Maven, which aims to leverage AI to increase drone effectiveness.