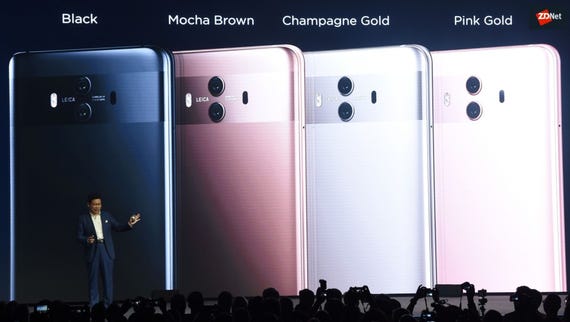 Facing a flat market, smartphone manufacturers are asking themselves these questions
Watch Now

Video: Facing a flat market, smartphone manufacturers are asking themselves these questions

In the shadow of Samsung's Galaxy S9 launch at Mobile World Congress (MWC), Google plans to show off the first of its ultra-cheap Android Oreo Go smartphones, some of which will retail for less than $50.

Google mobile exec Hiroshi Lockheimer says the first of this breed of smartphone will be unveiled at MWC in Barcelona next week.

"With a smaller amount of storage and processing power, these phones are less expensive for manufacturers to produce and can be sold at affordable prices, in some cases less than $50," said Lockheimer.

Android Go phones will be available for purchase soon after MWC. Android Go features apps that Google has released for users in emerging markets, such as its Data Saver app, the Files Go peer-to-peer file sharing app, YouTube Go, and a Go version of Google Assistant. The phones also come with standard security features, such as Google Play Protect.

The Go edition of Oreo is optimized for devices with 512MB to 1GB of memory. Google reckons apps will run 15 percent faster on entry-level devices. Google thinks the optimized version of Android could add billions more smartphone owners across the world.

If Android Go can help OEMs deliver better quality smartphones, it may help reverse the trend of people sticking to non-Android feature phones.

Analyst firm Gartner yesterday reported the first ever year-on-year decline in smartphone sales, with worldwide sales reaching 408 million units in Q4 2017, or 5.6 percent fewer smartphones than a year ago.

A key reason for the decline is that people are opting to buy good-quality feature phones, rather than super-cheap smartphones. At the higher end, people aren't replacing smartphones as frequently.

"Android has achieved unprecedented scale in just 10 years, but there are new markets emerging where consistency in experience is becoming even more important," noted Lockheimer.

Google's Android One partners are set to reveal new smartphones at MWC too. Android One got off to a slow start in 2014 but was revived last year with the launch of the Xiaomi Mi A1, and later Motorola's Moto X4.

Lockheimer said Android One devices get Android updates for two years, including the latest AI enhancements from Google, and regular security updates for three years. The purpose of Android One was to reduce the uncertainty about what to expect from lower-end Android phones.

Google will also be showcasing new features it's developed for Google Assistant and Lens.

Google's new lightweight Android: Oreo Go is out now, so who's it aimed at?