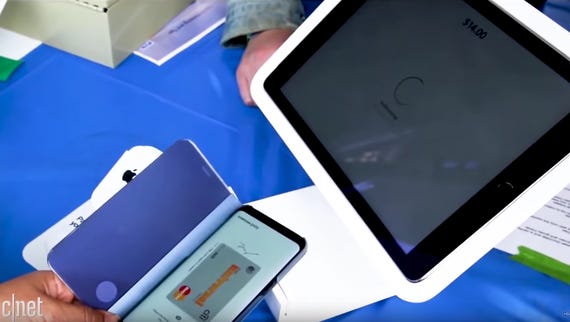 Apple Pay vs. Samsung Pay vs. Google Pay: Which is best?
Watch Now

Google Pay is getting peer-to-peer payments as it consolidates its efforts to better compete with the likes of PayPal and its Venmo.

The search giant's payment efforts have been a tail of focused apps doing different things. Google announced a move to rebrand Android Pay and Google Wallet last year and then had Google Pay Send, which was a peer-to-peer payment effort.

Now Google is putting its weight behind Google Pay.

In a blog post, Google confirmed it is going to shutter Google Pay Send. Google said that you can send or request money from Google Pay if you live in the U.S. with the UK rolling out shortly.

Given Google's account base and the reality that most folks have one, Google Pay's peer-to-peer payment effort could garner momentum. However, Venmo has a big head start. See: PayPal enables Venmo payments at millions of US retailers

In addition, Google said that Google Pay will be able to save concert tickets and boarding passes. Tickets will be saved in the same place as loyalty cards, gift cards and offers on the Passes tab.

For good measure, Google is adding a dashboard to manage payment information.

Google Pay is currently in third place in the mobile payment race behind Starbucks and Apple Pay and just ahead of Samsung Pay, according to eMarketer.