Google Pixel 4A arrives: Everything you need to know

After an extended wait, the Pixel 4A is finally here. And it's available to pre-order right now.
Written by Jason Cipriani, Contributing Writer on Aug. 3, 2020 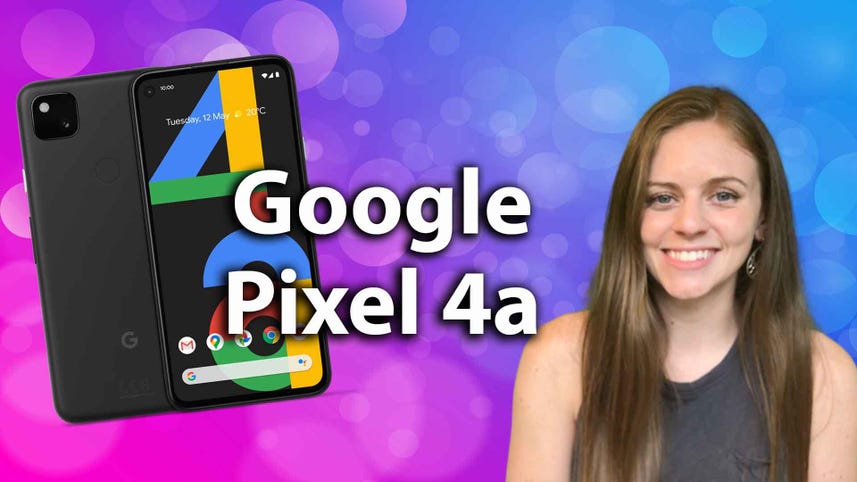 After months of leaks, and what seems like a lengthy delay, Google on Monday finally announced its budget-friendly Pixel 4A phone. It's available to preorder right now for $349 in the US.

Last year, Google used its annual developer conference in May to announce the Pixel 3A and 3A XL, but this year, thanks to the pandemic, Google I/O was canceled. Since then, we heard several rumors and release dates concerning the Pixel 4A, but those all came and went without an announcement.

Last week, however, Google posted a hidden message that indicated a new phone would launch on Aug. 3. And here we are.

What is it called?

As expected, Google is sticking with the "A" name scheme for its low-end phone line. Making its debut with the Pixel 3A and 3A XL, the successor is the Pixel 4A. The 4A is the only model we're getting this time around.

We still don't know what the "A" means, but one could assume it means "Affordable." Or maybe "Awesome." Your guess is as good as ours.

Wait, what about the Pixel 4A XL?

Good question. Last year, Google released two sizes of its budget-friendly phone, but rumors about the 4A line all point to a single, smaller device. This year, we're left with the Pixel 4A for now.

Google also announced there will be a Pixel 4A (5G) priced at $499, and it even preannounced the Pixel 5, which will also have 5G. Both devices will launch "in the comings months."

What will the Pixel 4A cost?

Google launched the Pixel 3A priced at $399, and that price makes sense one year later. But with competition from Samsung's Galaxy A51 and Apple's iPhone SE at that price point, Google is pricing the Pixel 4A at $349 (£349) with 128GB of storage. That's a whole lot of phone for not a lot of money.

When can I buy the Pixel 4A?

Google I/O 2020 was supposed to start on May 12, presumably the same day we were going to see the Pixel 4A make its debut. However, due to COVID-19, Google canceled I/O, leaving any potential launch date a total mystery.

There was speculation that Google would announce the Pixel 4A alongside Android 11, originally slated for a June 3 announcement. Google canceled those plans and instead announced Android 11 without much fanfare.

On Monday, Aug. 3, Google finally announced when you can buy the Pixel 4A. It will be available for preorder in Just Black directly from the Google Store and presumably several carriers and retailers, including Amazon, Walmart, Best Buy, Verizon, US Cellular, Xfinity Mobile, and C Spire in the US. Orders will arrive, and in-store availability starts Aug. 20.

The Pixel 4A will look similar to the Pixel 4 -- albeit with a hole-punch display and a fingerprint reader on the back. A familiar square camera array is on the back of the phone, with the power button and volume rocker on the right side. The top of the phone is where you'll find the beloved 3.5mm headphone jack.

What about Pixel 4A specs and features?

If you're hoping for flagship caliber specs from the 4A, it's time to lower those expectations. The 4A is a mid-tier phone, but a competitive one at that. Here's the full rundown of specs:

As far as features go, Google didn't leave much out of the 4A. The same Pixel 4 and 4 XL camera features have been brought over to the 4A, including Night Sight with astrophotography for taking pictures of the night sky.

Live Caption along with Recorder, both of which transcribe in real-time, will also work on the Pixel 4A -- and it's all done on-device.

Face unlock isn't present; instead, Google is sticking with its tried and true fingerprint sensor on the rear of the phone. And, yes, there's a 3.5mm headphone jack for those who just aren't ready to give up their wired headphones.

What do you think about the Pixel 4A? Is it the budget phone you've been waiting for? Let us know in the comments.

Smartphones
Fitbit is ending PC and Mac syncing, here's what you have to do instead