Google Pixelbook is great, but the iPad Pro 10.5 does more for less

The Google Pixelbook is fantastic. However, the Apple iPad Pro may be a better device for mobile computing at a lower price with more functionality.
Written by Matthew Miller, Contributor on Oct. 30, 2017 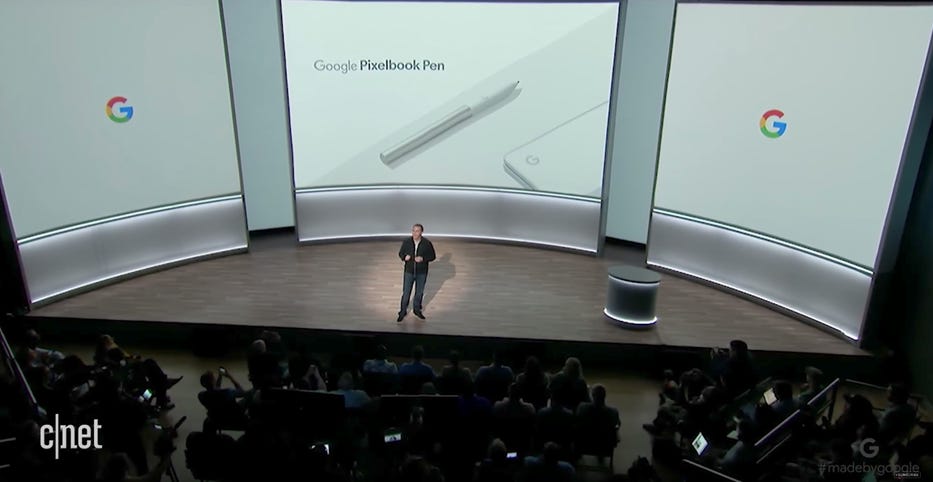 The Chromebook Pixel has enticed me for a couple of years, but it wasn't until the launch of the Google Pixelbook that I pulled the trigger and ordered a $1,000+ Chromebook. However, I am likely returning it later this week.

The previous Chromebook Pixel devices had touchscreens, but it wasn't until the Pixelbook when full, non-beta, support for Android apps was enabled that the touchscreen interface was justified. The Pixelbook cannot be compared to my Surface Pro 4, but it is a direct competitor to the Apple iPad Pro. As it stands, the iPad Pro offers more for me than the Pixelbook.

As Jason clearly stated in his full review, the Google Pixelbook hardware is fantastic for the most part. The odd large black bezels take away from the amazingly thin metal design, I don't buy the excuse that the bezels are needed for tablet mode support. The iPad Pro doesn't have massive black bezels and it functions primarily as a mobile tablet.

I honestly thought there would be no contest here when it came to hardware, but the Apple iPad Pro 10.5 has longer battery life, option for integrated LTE support, and stereo speakers that sound even better than the Pixelbook. In addition, the iPad Pro is available with a 10.5-inch display starting at $649 and with a 12.9-inch display at $799. The Pixelbook starts at $999 and goes up to $1,649 with more RAM and larger capacity internal SSD options.

In addition to the lower starting price for a 12.9-inch iPad Pro and 12.3-inch Pixelbook, you can purchase an iPad Pro with integrated LTE radio. It is fairly quick and easy to connect to your smartphone with a wireless data connection, but the great thing about having an integrated LTE radio with eSIM support is that you can enable this connection for the best wireless network where you are working.

For example, even though I am a T-Mobile customer, I can connect the iPad Pro to Verizon if that happens to be the best network in place where I am working at the moment. The next month, or even next day, where I am working I can connect to another wireless carrier and get things done on the road without being limited to the connection of my phone.

Lastly, the Apple iPad Pro has a longer battery life than the Google Pixelbook, despite the difference in size. The Pixelbook is advertised as having up to 10 hours of battery life, but in my experience has been about eight hours of typical Wi-Fi usage. My Apple iPad Pro 10.5 has more closely matched the advertised 10 hours on Wi-Fi usage. Thankfully, the Pixelbook charges quickly via USB Type-C and can offer you two hours of usage via a 15 minute charge.

The Google Pixelbook has an integrated keyboard and four operating modes. I do use my larger mobile devices for video, but am not convinced that the backwards display and keyboard mode adds much value. The tent configuration is interesting for flights, but in my opinion the tablet and laptop modes are the most useful. That said, the Apple iPad Pro is a much better tablet than the Pixelbook.

There are not a ton of apps I used on my Apple iPad Pro so I went through all of the apps and services I use on the iPad to see what was available in Chrome and on the Google Play Store. Many of the Android apps start up in a phone size window. You can tap to maximize many of these apps and some work just fine. All too often, the trackpad and tap functionality don't work, while the touchscreen interface does with different elements stretched and expanded oddly to the full screen of the Pixelbook.

Google has always lagged in tablet application support and, in my opinion, Google apps on Chromebooks should still be considered beta. These apps are not ready for full support on Chromebooks and it is a crapshoot as to whether or not your preferred app will work properly on a Chromebook. I found that Netflix, Evernote, OneNote, and Outlook worked at 90+ percent functionality on the Pixelbook. However, these apps work with perfect functionality on the Apple iPad Pro.

If Google would invest a team to work on Android apps for the Chromebook, then it would be much easier to recommend the Pixelbook for the enterprise. As it stands, Google doesn't appear to care much about tablet support and the Pixelbook is a better fit for the home or academic environment.

With such a large display, I thought split screen support would be a great experience on the Pixelbook. It is possible to use two apps or windows at once, but it is not straightforward and definitely not as great of an experience as what we see on Apple iOS 11. I much prefer using two apps at once on the iPad Pro than I do on a Pixelbook.

I did not pay the additional $99 for the pen designed for the Pixelbook, but I do have an Apple Pencil for my iPad Pro 10.5. The Apple Pencil enhances the iPad experience, but from what I have read online there are limits to what the Pixelbook pen can do on the device. It looks like both can be used with OneNote, Evernote, and other note-taking apps so there may be parity here with the stylus experience.

Who is the Pixelbook designed for?

It is pretty much universally agreed that the Google Pixelbook is a sleek, stylish mobile device with attractive and high quality fit and finish. My buddy Dieter Bohn at the Verge put it best when he stated, "The iPad Pro has better apps, is a tablet-first device, and has a worse web browser. The Pixelbook has worse apps, is a laptop-first device, and has a better web browser." It turns out, with my Microsoft Surface Pro 4 serving as my primary home office computer and on-the-road engineering platform, I really need a tablet-first device and don't need a laptop-first device when my Surface Pro 4 comfortably fills that role.

There are plenty of good keyboards for the Apple iPad Pro that give it functionality similar to the Pixelbook, at an overall price less than the Pixelbook. I REALLY wanted to be able to justify the Pixelbook in my life, but after a fair and realistic comparison I just cannot do so at this time. If I did not have a Surface Pro 4 and was only using the iPad Pro 10.5 as my home/office computer, then the Pixelbook would be staying.

One thing that makes the Pixelbook a fantastic option is the ability for it to be always updated and capable to just work. My Surface Pro 4 sometimes has to be restarted for the Bluetooth mouse to be recognized, which is a terrible experience for most people. I imagine the Pixelbook can be the primary computing device for the majority of people who spend their time on the internet. It stays updated automatically, is extremely fast to start when you open the display, and is the computer the masses want.

Google's $1,000 Pixelbook is what Apple's MacBook should be

Remember when the MacBook was the notebook that people drooled over, and the Chromebook was seen as a joke? Times have changed.

Apple iPad Pro Review: A superb tablet waiting for its time to shine

The 10.5-inch iPad Pro is the best tablet on the market.

Google debuted its $999 Pixelbook at an event in San Francisco.

Google Pixelbook: When is Chrome OS getting real Android apps so I can do real work?

Google is turning up the heat on its thin client OS with a new flagship notebook device. So, when can I do real work with it?