Google promises to expand its data centers, not its carbon footprint

As new facilities open in Europe, the company has renewed its commitment to a carbon-free future.
Written by Daphne Leprince-Ringuet on Dec. 15, 2020 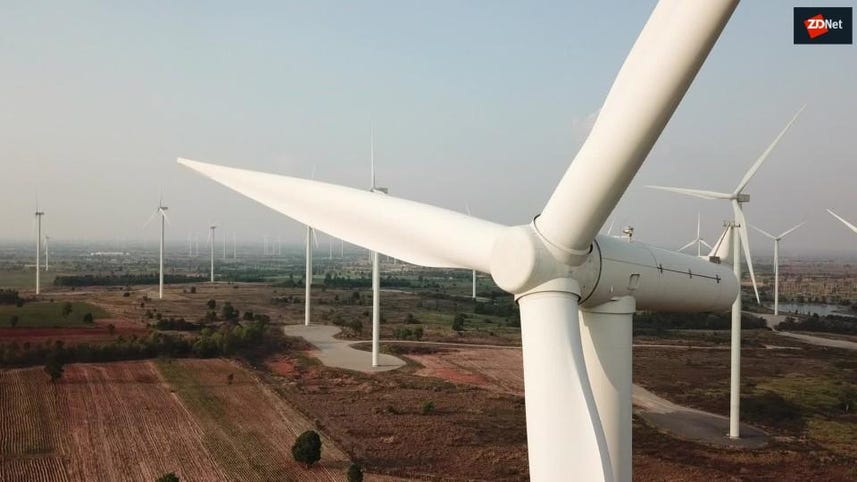 As demand for online services grows, Google's data-center presence is fast expanding in Europe. But instead of increasing carbon emissions, the company says these new builds are accelerating the EU's commitment to tackling climate change.

Work is under way in Hamina, Finland, for the construction of Google's sixth data center in Europe, following the opening last week of a new building in Fredericia, Denmark. This week, Google's second data center in the Netherlands will also start operating in Middenmeer.

The search giant's investment in new European infrastructure is the direct result of exploding consumer demand for services ranging from YouTube videos to Google Maps, which was propelled by the coronavirus pandemic and the accompanying shift to remote working and online learning.

Demand will only increase in the next few years, and with it the need for more data centers to support and deliver cloud services. However, Google will have to take the EU's commitment to combatting climate change on-board: only last week, the EU announced a 55% reduction target for CO2 emissions by 2030, in addition to a 32% renewable energy target.

Data centers are notoriously power hungry, and were responsible for 0.8% of global electricity demand last year. Nevertheless, Matt Brittin, Google's president in Europe, said that the company will be a driver of Europe's transition towards a green economy.

"Google is helping to accelerate this transition," wrote Brittin in a new blog post. "We are proud to invest in Europe's digital infrastructure, contribute to the local communities we operate in and support Europe's green transition. This will be a decisive decade, and we are committed to leading by example."

Since 2017, Google has matched the company's energy use with 100% renewable energy. This means that, for every MWh of electricity that the search giant consumes each year around the world, it purchases an equivalent amount of wind or solar energy in that same year.

Google is now the largest corporate buyer of renewable energy in the world, and the second largest in Europe. According to Brittin, the company has now supported nearly 1,700 megawatts of renewable energy projects in Belgium, Sweden, Denmark, Finland and the Netherlands. Google has also pledged a hefty €2 billion investment in new carbon-free energy generation projects and green infrastructure in Europe over the next five years.

Last year, research carried out by the European Commission about Google's contributions to tackling climate change stressed the value of the tech giant's contracts to build renewable energy projects in the European countries where it operates.

"In Europe, Google is playing a leading role in accelerating the clean energy transition on the private sector side," the report said. "The company's experience could encourage other European companies to benefit from purchasing renewable energy and support the EU in reaching its 2030 target."

The research also highlighted the energy efficiency of Google's facilities, and reported that if all data centers in Europe were as efficient as Google's, electricity consumption could drop every year by around 26 TWh.

According to Brittin, Google's data centers are twice as energy efficient as typical enterprise facilities. Together with DeepMind, the company has effectively developed an AI tool to manage and optimize the energy used to cool down buildings, which has helped reduce the electricity consumed in data centers by 30%.

Brittin also reiterated Google's recent pledge to go one step further in cutting carbon emissions over the next decade. Matching electricity consumption with renewable power purchase is not sufficient, according to the company; Google is now working towards 24/7 carbon-free energy in all of its data centers.

Although Google buys enough renewable energy to compensate for the company's annual consumption of electricity, this doesn't mean that there is enough renewable power to meet demand for any given data center and at any time of the day. If the sun isn't shining, or there's insufficient wind, buildings effectively resort to alternative sources of electricity, which aren't always renewable.

The search giant is banking on new technologies such as AI, as well as innovations in battery storage, to instead achieve a new goal of round-the-clock carbon-free energy supply by 2030. "This is far more challenging than the traditional approach of matching energy usage with renewable energy, but we're working to get this done in the next nine years," said Brittin.

In line with this goal, Google is already trialing carbon-intelligent platforms in its European data centers. Last year, the company's facilities in Hamina, Finland, saw 97% of the building's electricity matched with carbon-free sources on an hourly basis.

Ambitious climate pledges have not stopped some of the company's employees from demanding even stronger action, however. An open letter signed by over 1,000 Googlers was recently published to protest against the search giant's climate-related decisions. Activists drew attention to some of the company's contracts with fossil-fuel companies, in particular.

A report published by the UK's Royal Society earlier this month also highlighted the need to hold businesses accountable to their climate targets. Although the researchers praised the technology sector's commitment to decarbonization, they also noted several ways to keep track of industrial players' carbon footprint.

"The tech sector should lead by example and make data accessible to allow the greater monitoring of its energy consumption and carbon emissions," the researchers said.

Transparency is, therefore, likely to be be a key component of Google's participation in the European green revolution.