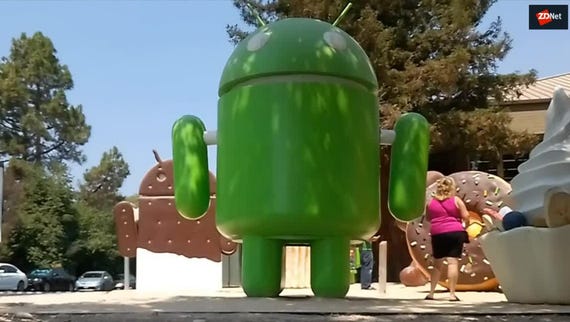 Millions of Android users have downloaded one of 29 popular but fake photo-filter apps that pushed ads leading visitors to sites with fraudulent content and pornography.

Some of the now-removed apps, including Pro Camera Beauty, Cartoon Art Photo, and Emoji camera, were downloaded more than a million times, according to security firm Trend Micro.

They're the latest batch of malicious apps found by third-party researchers to have sneaked past Google's automated Play Store checks following data-stealing apps and a steady stream of adware apps.

So as not to raise suspicion among users, nothing seems amiss until the user attempts to delete the app. One of the apps was found to create a shortcut after launching but then hides its icon from the app list, making it more difficult to delete.

The main purpose of the apps is to push full-screen and pop-up ads in the user's browser that encourage the user to install apps requiring payment to view content that is never delivered. However, it's not obvious to the user that the source of the ads are the offending apps.

Other apps lured Android users with the promise of a prize, including an iPhone X, before leading the victim to a phishing page.

Some of the apps that promised to beautify pictures also didn't return an edited photo but merely captured the uploaded photo, which could be used to set up fake social-media profiles.

Trend Micro recommends that Android users should check Play Store user reviews before installing am app. But previously, scammers have bombarded their own apps with fake reviews.

In this case Trend Micro found many of the bad apps had a U-shape distribution of reviews with mostly 5-star and 1-star ratings. This could suggest a high number of fake reviews is combined with legitimate reviews from users reporting problems.

Trend Micro has published a full list of all malicious apps Google took down this time. The apps were downloaded in total over four million times.

Because most people don't notice when they're at the wrong website.

Join Discussion for: Google pulls these 29 bogus photo apps that...