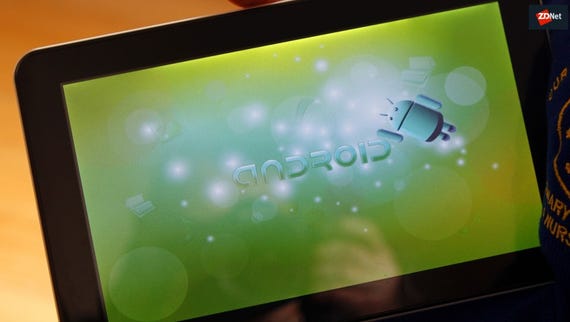 In the name of edge-to-edge screens, Google has acquiesced with the iPhone X-set trend for notches, which have already turned up on about 16 Android phones.

But although it's accepted the notch, it's now set ground rules for Android P to prevent bad experiences for users.

Specifically, Google is limiting the number of notches -- or 'cutouts', as they're technically called -- to two.

So you can thank the Android maker for preventing handset makers from trying to cram three onto your smartphone or place them in weird locations. It has also said no to cutouts on the left or right sides of the phone.

This ruling means Android manufacturers can put one notch anywhere on the top and bottom of the screen, only one at the top or only one at the bottom, but there shouldn't be multiple cutouts on a single edge and no cutouts on the either of the longer edges of the phone.

Google said the move is to ensure consistency and app compatibility with devices that do have cutouts.

"A single edge can contain at most one cutout," it stipulates on its Android developer pages, adding that "a device cannot have more than two cutouts", and "cannot have cutouts on either of its longer edges".

The last rule would be an odd choice for manufacturers given the whole point of edge-to-edge screens is exactly that.

Google pointed to its cutout rules via a blogpost about how it's supporting cutouts on edge-to-edge screens.

A handful of Android Oreo phones that have a notch, usually at the middle of the top of the screen, include Android co-founder Andy Rubin's first and last Essential phone, the PH-1, the Huawei P20, the popular OnePlus 6, Asus's ZenFone 5, Oppo R15 Pro, and Xiaomi's new Redmi 6 Pro.

Google currently counts 16 Android phones with cutouts from 11 manufacturers, including ones in the Android P beta program, such as the OnePlus 6, and says more are coming.

The point of creating the rules is to ensure app developers can create a consistent experience across variations on devices with one or two cutouts on Android P and devices with 18:9 and larger aspect ratios.

Some Android phone makers may still deviate from Google's cap on two cutouts, but they'd probably do so at the risk of falling foul of Google's compatibility definition document that outline rules for Android device makers.

Even though some Android Oreo devices have cutouts already, Android P is the first time Google's officially supported the feature.

"Android P introduces official platform support for display cutouts, with APIs that you can use to show your content inside or outside of the cutout," Google said on its Android developer blog.

"To ensure consistency and app compatibility, we're working with our device manufacturer partners to mandate a few requirements."

There are two more rules regarding cutouts, which help explain how Android apps can work with cutouts.

"In portrait orientation with no special flags set, the status bar must extend to at least the height of the cutout." And it says, "By default, in fullscreen or landscape orientation, the entire cutout area must be letterboxed." This second rule is to ensure no app content is displayed in the cutout area.

Android P engineers recently addressed cutout design questions in an AMA on Reddit, noting common problems with notification icons merging with system icons, in turn confusing users about the importance of the icons.

"During our user research we have often seen status bars filled with icons on Android devices. Often the notification icons get merged with the system icons, diluting the distinction and making it harder to understand which of these icons are important or urgent," said one of the Android P engineers.

"We have reduced the number of notifications icons, to help users focus on the most important ones. This is done both to help simplify the status bar and help with digital wellbeing of our users. In this release we have also reviewed and set limit for the system icons."

Oppo's high-end Find X phone: Full screen, no notch but will you like pop-up camera?

In an effort to adopt the bezel-less design trend, smartphone makers have begun to push the display notch. Whether you love it or hate it, here are eight examples of phones with carved-out front tabs.

HTC U12 Plus announcement and first impressions: No notch, big sound, and elegant HTC design

HTC continues to release Android smartphones and the new U12 Plus skips the notch to focus on what HTC does right. It's a phone that can compete with the best and launches at a price a bit less than the Galaxy S9 Plus.

Since Apple released the notch, there has been much derision cast toward the feature. Jack Wallen ponders this and plays devil's advocate for the new world display order.

No escaping the notch: 7 phones with screen notches CNET

This little black cut-out on top of the screen may look like an eyesore, but more and more phones are jumping on this trend.

Join Discussion for: Google rules on Android notches: Two are...