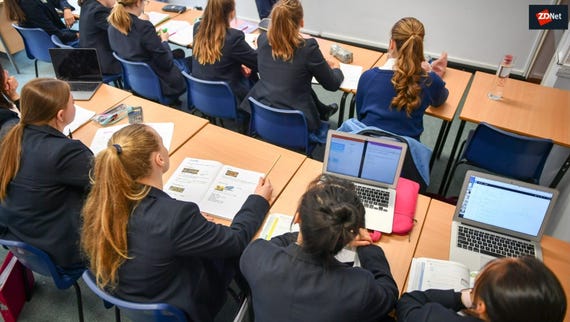 Google says that a failure to make users aware of a microphone in Nest Guard was nothing more than a mistake -- but the oversight is enough to make us increasingly paranoid about our smart home and voice assistant products.

The issue came to light after Google said in early February that the Nest Guard, the centerpiece of the Nest Secure home alarm system, will soon receive Google Assistant functionality.

In order to use Google Assistant and voice-based controls, devices must have both a speaker and microphone elements.

The problem is, users were not made aware that the Nest Guard had a microphone at all.

TechRepublic: How to help CISOs understand their role in cloud security

"The Google Assistant on Nest Guard is an opt-in feature, and as the feature becomes available to our users, they'll receive an email with instructions on how to enable the feature and turn on the microphone in the Nest app," Google said. "Nest Guard does have one on-device microphone that is not enabled by default."

Nest Guard contains an alarm, keypad, and motion sensors, but the product's original specifications list said nothing about a microphone.

Speaking to Business Insider, a Google spokesperson said the emission had been made in "error" and was "never intended to be a secret."

Virtual and voice-based assistants have been creeping into our daily lives for years due to smartphones, tablets, and the emergence of Internet of Things (IoT) products ranging from smart lighting to fridges.

Home hubs containing voice technologies & microphones including Google Assistant and Amazon's Alexa are generally accepted by the public and have proven to be popular purchases, but they may be strategically placed in areas such as a lounge rather than a bedroom, for example, as they are required to listen-in for commands.

There is always a balance between convenience and privacy to consider, but by failing to inform users of the existence of microphones in a device, Google may have sparked a case of severe paranoia in some users.

The on-device microphone was included in the Nest Guard as a form of future-proofing, as the tech giant considered the feature useful should new security features be included down the line, such as the "ability to detect broken glass" through sound-sensing.

Google has further attempted to reassure users that the "microphone has never been on, and is only activated when users specifically enable the option."

See also: Why I replaced Google Wifi with Synology's mesh networking gear (and why you might, too)

The news comes at a time when consumers are becoming increasingly aware of privacy-related issues which technology is bringing into the home.

A previous Google Home mini security flaw created an opportunity for the smart speaker to become a spying device able to record everything in 2017, and last month, a Nest camera was compromised by a hacker who then convinced a terrified family that North Korea was attacking the United States.

The rival Amazon Echo, however, also hits the headlines when it comes to privacy issues.

Not only was the product a central element of a case relating to murder in 2018, but Alexa has also frightened users out of their wits with random, hysterical laughter, and was slammed after recording a private conversation between a couple and sharing it with a random person on their contact list without consent last year.