The WSJ reports that the partnership gives Google access to health data including lab results, diagnoses and hospitalization records, as well as names and dates of birth, without informing patients.
Written by Natalie Gagliordi on Nov. 11, 2019 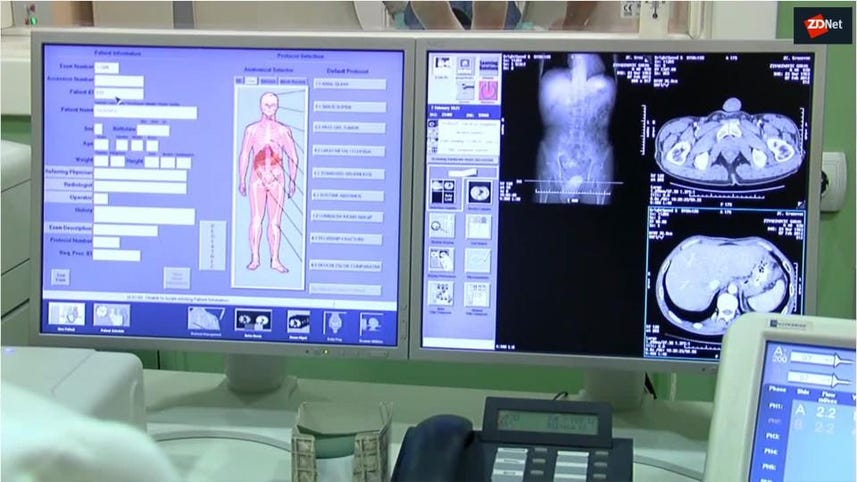 Google is partnering with Ascension, the second-largest non-profit health system in the US "to optimize the health and wellness of individuals and communities," Ascension announced Monday.

According to the Wall Street Journal, the partnership gives Google access to detailed personal health information from millions of Americans as part a secret healthcare initiative dubbed Project Nightingale. Per WSJ, Ascension is sharing complete patient health records, including lab results, diagnoses and hospitalization records -- as well as patient names and dates of birth -- with Google.

At least 150 Google employees have access to data on tens of millions of patients, according to the WSJ report, which cites a person familiar with the matter and internal documents. Google is reportedly using the data to design new healthcare-focused software, underpinned by its AI and machine learning technology.

In its release, Ascension said the collaboration is part of a bigger effort to help the company modernize its infrastructure and develop new care models delivered through digital platforms, applications and services. Ascension is moving its infrastructure to Google Cloud, adopting Google's G Suite productivity and collaboration tools, and "exploring" Google's AI and machine learning services as a means to improve clinical quality and outcomes.

From a privacy and legal standpoint, Project Nightingale appears to fall within the bounds of the Health Insurance Portability and Accountability Act (HIPAA). The law generally allows hospitals to share data with business partners, without telling patients or their doctors, as long as the information is used in the aid of healthcare services.

In its press release, Ascension noted: "All work related to Ascension's engagement with Google is HIPAA compliant and underpinned by a robust data security and protection effort and adherence to Ascension's strict requirements for data handling."

Another press release issued by Google Cloud echoed Ascension's statement on data privacy. Google said it has a Business Associate Agreement (BAA) with Ascension, which governs how businesses like itself can access and use Protected Health Information (PHI).

"To be clear: under this arrangement, Ascension's data cannot be used for any other purpose than for providing these services we're offering under the agreement, and patient data cannot and will not be combined with any Google consumer data," Google said in a blog post.

For Google, Project Nightingale highlights the company's ambitions in the healthcare space, and also lines up with Google Cloud CEO Thomas Kurian's strategy around selling verticals. The software Google is developing with Ascension's patient data is focused on individualized healthcare, and how AI can be used to suggest changes to patient care. This type of software has implications across the healthcare industry and could bolster Google's foothold in the space.

"By working in partnership with leading healthcare systems like Ascension, we hope to transform the delivery of healthcare through the power of the cloud, data analytics, machine learning, and modern productivity tools — ultimately improving outcomes, reducing costs, and saving lives," said Google Cloud president Tariq Shaukat, in Ascension's press release.

Google's latest healthcare efforts also include its recent $2.1 billion purchase of fitness tracker pioneer Fitbit. The deal gives Google ownership of Fitbit's enterprise health business and a wealth of health data assets. Down the road, the combination of Google's cloud, AI and machine learning services with Fitbit's enterprise platform could give Google yet another entry point into the healthcare market.