Full Bio
Posted in Between the Lines on November 1, 2019 | Topic: Mobility 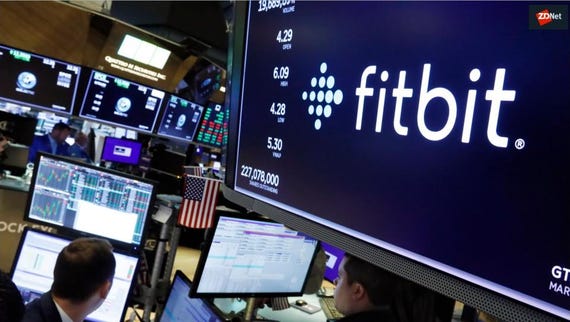 Google buys Fitbit: What it means for each player
Watch Now

After a week of speculation, Google announced Friday that it's buying fitness tracker pioneer Fitbit for $2.1 billion. The deal sets the stage for a potential Google smartwatch, but more importantly, it gives Google ownership of Fitbit's enterprise health business and a wealth of health data assets.

Fitbit has all the parts for enterprise wellness programs, and its data and health care system integrations could give Google's enterprise business a foothold in healthcare. Meanwhile, Fitbit's health data stands to benefit from Google's deep analytics capabilities when it comes to providing actionable recommendations to Fitbit users.

As for the hardware, Rick Osterloh, Google's SVP of devices and services, noted in a blog post that the company sees an opportunity to "invest even more in Wear OS as well as introduce Made by Google wearable devices into the market."

"By working closely with Fitbit's team of experts, and bringing together the best AI, software and hardware, we can help spur innovation in wearables and build products to benefit even more people around the world," he wrote in the blog post. "We plan to work closely with Fitbit to combine the best of our respective smartwatch and fitness tracker platforms."

Also of note, Google said Fitbit health data will not be used for Google ads.

The acquisition is expected to close in 2020.