Google's $2.1 billion bet on Fitbit: What will it do with the corporate wellness business?

Google made it sound like the Fitbit purchase was all about a wearables business that the market valued just a smidge above worthless. Now, with Fitbit's data archive and a corporate wellness business estimated to have more than $100 million in annual revenue, Google Cloud could make a healthcare play.
Written by Larry Dignan, Contributing Editor on Nov. 1, 2019 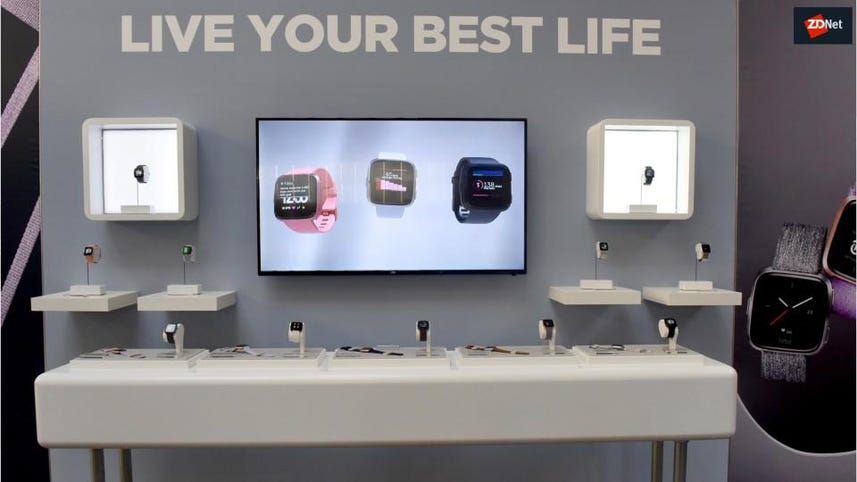 Google's silence about Fitbit's enterprise health business, which is on pace to top $100 million in annual revenue, is a bit odd.

When Google's parent company Alphabet announced the $2.1 billion purchase of Fitbit you'd think the deal was all about smartwatches and fitness trackers. After all, Google didn't have a smartwatch or fitness tracker under its own brand but does have Android and WearOS. Fitbit would bring Google's hardware unit from scale and maybe enable it to better compete with Apple and Samsung.

Funny how Google's Rick Osterloh, senior vice president of devices and services, penned a blog post that focused entirely on wearables. He talked up Wear OS and Google Fit and noted that Fitbit's knowhow would "spur innovation in wearables." Osterloh also noted that Google would take health data privacy serious and Fitbit echoed those comments.

Now, if we rewind to Fitbit's previous quarters, CEO James Park was clear that the plan was to be very promotional with trackers because it fed a data flywheel that could be used for better analytics, coaching, and services to both consumers and enterprises. Yes, the Versa Lite didn't sell well and torpedoed a quarter, but Fitbit was all-in on the enterprise.

Fitbit has a bevy of enterprise wellness deals on the books and the effort was key to its transformation. I opined that Google should buy Fitbit in 2018 largely for the data treasure trove.

Yet when Google actually buys Fitbit we get a lot of hardware talk. Hmm. It's likely that Google doesn't want any attention paid to Fitbit's enterprise business, which was increasingly part of the healthcare ecosystem. Google and healthcare may mean more regulatory scrutiny. That scrutiny is the most logical explanation about the lack of talk about Fitbit's data or enterprise business.

Here are a few thoughts about what comes next.

Health
The 5 best Peloton alternatives of 2022