These are the warning signs of a fraudulent ICO

Initial Coin Offerings (ICOs) are part of the cryptocurrency Wild West, but how do you know what is fake and what is legitimate?
Written by Charlie Osborne, Contributor on Sept. 10, 2018 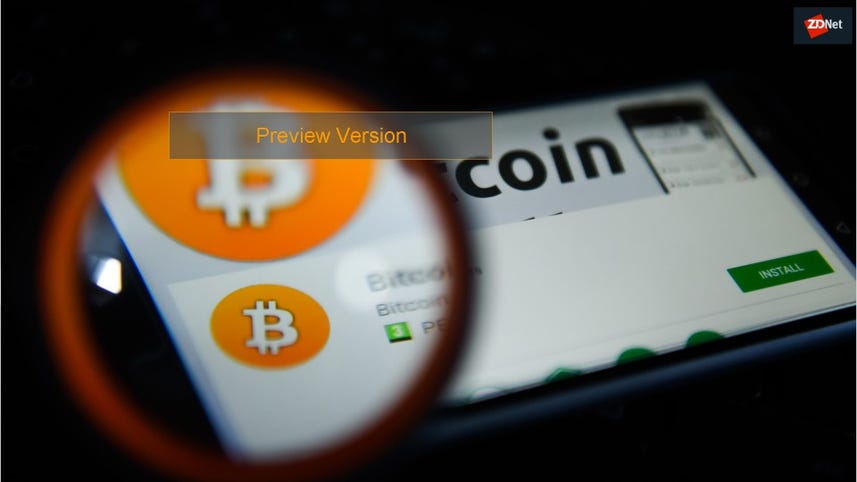 An Initial Coin Offering (ICO), in simple terms, is a way for blockchain-related startups to raise funds.

Akin to crowdfunding, the projects generally offer their own brand of 'tokens' in exchange for popular cryptocurrencies such as Bitcoin (BTC) or Ethereum (ETH).

The differences between an ICO and a traditional Initial Public Offering (IPO), in which company shares can be purchased in a traditional manner, are not only related to the purchase of tokens instead of shares.

IPOs worldwide are protected by financial authorities which ensure conditions and particular legal standards are met by companies offering shares. However, ICOs are not protected by the same rules, and investment may not be recoverable when a fake project vanishes, taking investor funds with it.

In the United States, many ICOs will sell "utility tokens" in a bid to circumvent financial regulations imposed by the US Securities and Exchange Commission (SEC).

"While these digital assets and the technology behind them may present a new and efficient means for carrying out financial transactions, they also bring [an] increased risk of fraud and manipulation because the markets for these assets are less regulated than traditional capital markets," SEC says.

While the regulatory watchdog has begun clamping down on some fraudulent schemes, there is still a gray area in which scams are still able to thrive.

Like many angel investments in startups, ICOs are a risk which may later offer good returns, leading many to invest in the blockchain space.

Many legitimate blockchain projects will launch an ICO due to real dedication to their goals and a true need to raise funds. However, ICOs are also something of a "Wild West" teeming with the theft of funds and exit scams.

Before even considering participation in a token sale, you should know not only the risks -- but also how to spot a fake ICO. But how do you know the difference?

It might sound odd, but if an ICO website is spotless and looks extremely professional, this may indicate a scam.

Often, fraudsters will spend a small fortune on a professional-looking website and marketing materials such as a white paper, but this money is spent purely to promote trust in would-be investors.

For an excellent example, you can check out HoweyCoins, a spoof ICO website mocked up by the US Securities and Exchange Commission (SEC). Palm trees and beautiful beaches may beckon you with the promise of wealth, but in reality, few investments exist -- even if they are speculations -- which can give you the cash overnight to enjoy a luxury lifestyle.

If a company website, whitepaper, or project descriptions are also full of nothing more than fluff, buzzwords, and portray a lack of substance, this is a clear warning sign that all may not be as it seems.

Another classic warning sign that an ICO may not be everything it promises is also a return on investment (ROI) which seems too good to be true.

In the case of Bitconnect, investors were offered a 120 percent return on their investment annually, but the company performed an exit scam and rendered its tokens useless, leaving investors heavily out of pocket.

LoopX went dark and vanished with $4.5 million after pulling an exit scam in February, three ventures -- ACChain, Puyin, and BioLifeChain -- launched by Shenzhen Puyin Blockchain have stolen close to $60 million, and CryptoKami, ran by anonymous parties, also ran a fraudulent ICO and closed after raising $12 million.

According to Diar, from 2016 to August this year, fraudulent ICOs have been responsible for the theft of close to $100 million.

In comparison, legitimate blockchain startups will usually use a valid escrow service to hold investor coins in trust until particular conditions are met from the sale.

Finding out what escrow service is used can be hard, but trustworthy projects will make sure the relationship between startup and escrow is clear.

Some ICOs will ignore escrow altogether and simply ask investors to send their funds to a personal cryptocurrency wallet during token sales and pre-ICO events.

If the latter is the case and the project is not upfront about how investments are managed, this could be an indicator of a scam.

Far too many people have invested in a project and participated in token sales without there being any evidence of blockchain technologies and development which back up company claims.

If the blockchain startup has no links to samples or code uploaded to repositories such as GitHub, this may be an indicator that there is no blockchain development to start with. If checking code yourself is too technical, have a friend take a look or peruse forums online -- such as on Reddit -- to see what others are saying about the startup.

If you cannot find project timelines, legitimate whitepapers, patents, or evidence to back up projects, steer clear.

A quick search online can also reveal who is behind ICOs, and whether or not they have any experience in the field. If you can't find any public records of individuals linked to an ICO that could, realistically, help develop a valuable blockchain product, they may simply be scammers looking to make a quick buck.

The individuals that are trying to raise funds for legitimate projects will have social media accounts and emails addresses available for potential investors to contact and ask whatever questions they wish.

However, you may need to explore deeply. Some scam artists may go so far as to create fake social media accounts to back up their claims, so take nothing at face value.

In addition, you should be aware that some fraudsters may open their own forum accounts and run social media campaigns in order to promote discussion, increase the exposure of a fake ICO, and make a project appear legitimate.

Most investments, whether traditional IPOs or crowdfunded projects, will come with an element of risk.

When debating whether or not to participate in an ICO, the best advice on offer is simple: research before investment. If a project is not clear, transparent, and backed by those with technical expertise -- despite what returns may be promised -- it is not worth losing your hard-earned cash.

Security
These are the biggest cybersecurity threats. Make sure you aren't ignoring them

These are the biggest cybersecurity threats. Make sure you aren't ignoring them