Samsung Unpacked set for February 9: Here's what to expect

At the next Unpacked event, which will be held virtually on Feb. 9 at 10 am ET, Samsung plans to unveil the next generation of Galaxy S.
Written by Stephanie Condon, Senior Staff Writer on Jan. 20, 2022 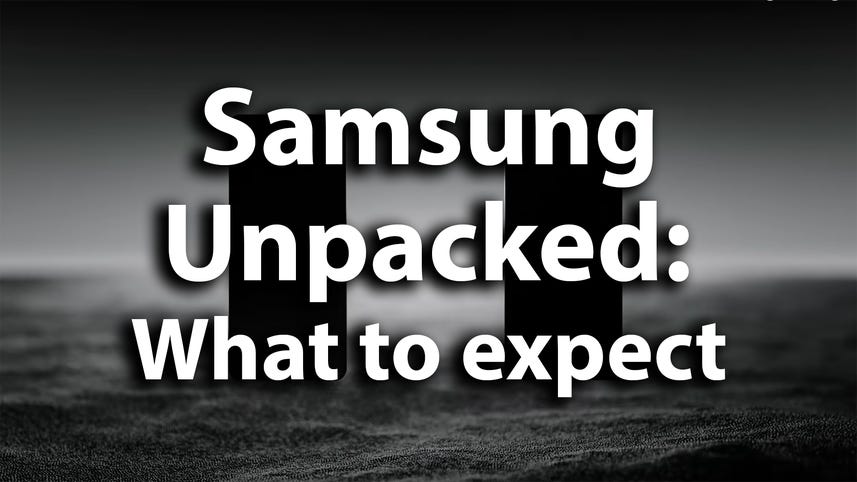 Samsung will hold its next Unpacked event on Feb. 9 at 10 am ET/ 7 am PT, the device maker said Tuesday. During the virtual event, Samsung will unveil the next generation of Galaxy S.

"At Unpacked in February 2022, we'll introduce you to the most noteworthy S series device we've ever created," TM Roh, President and Head of Samsung MX, wrote in a blog post. Samsung also hinted at the innovation users should expect from the new device in a short promo video with captions that read, "Breakthrough the night" and "Break the rules of light."

The device is designed to support both productivity and creativity, Roh wrote, with a focus on performance, camera quality, and "smart" features.

"With it, you will own the night -- taking the best and brightest photos and videos you've ever captured with a phone," Roh wrote. "You will also dominate the day with power, speed, and tools that can't be found elsewhere. You will enjoy cutting edge-innovations made possible thanks to the smartest Galaxy experience yet. All while feeling good about being part of the most sustainable Galaxy ecosystem."

While teasing the "noteworthy" S series, Roh also acknowledged that "many of you were surprised when Samsung didn't release a new Galaxy Note last year."

Indeed, last year Matthew Miller and Michael Gariffo wrote for ZDNet that the Samsung Galaxy Note 20 Ultra 5G, launched in the fall of 2020, was "possibly the last and best" of the Note series. Since then, Samsung has focused on adding popular Note features to other devices. For instance, it launched the S20 Ultra 5G and Z Fold 3 with S Pen support.

"You loved the unparalleled creativity and efficiency of the Galaxy Note series," Roh wrote in his latest blog post, "which enabled you to switch from gaming nirvana to high-octane productivity in the blink of an eye. You raved about the lifelike S Pen, which many say rivals putting ink to paper. And we haven't forgotten about these experiences you love."

While Samsung has stopped releasing the Galaxy Note, the Galaxy S20 FE (Fan Edition) was a favorite over the past year due to its relatively affordable price and high-end features. The Galaxy S21 FE was announced the first week of January at CES in Las Vegas.

According to recent data from Canalys, Samsung held onto 20% of the global smartphone market in 2021, though it took a back seat to Apple. Samsung and the industry overall took a hit in 2021 from the ongoing global chip shortage, which Globaldata says should continue well into this year.

Mobility
Associate degrees in business administration: What to expect

Business & Management
SpaceX Starlink for RVs has arrived, here's what you need to know