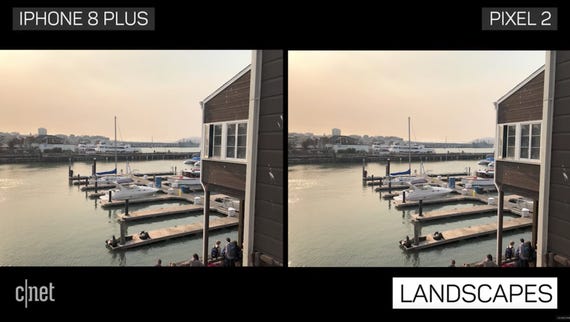 Starting Monday, Google will begin rolling out the February security patch for Nexus and Pixel smartphones. If you own a Pixel 2, however, in addition to the latest security update, you'll also gain better picture quality from your phone's camera.

According to Google's blog post, the update will specifically work with WhatsApp, Snapchat, and Instagram. Although, you should begin to see a difference in photo quality in most third-party apps.

The Pixel Visual Core uses machine learning and computational photography to improve the color and clarity of photos. Additionally, the update improves the clarity of zoomed-in photos and brings zero shutter lag to third-party camera apps. Developers can better integrate with Pixel Visual Core by following the instructions here.

There's nothing a Pixel 2 or Pixel 2 XL owner needs to do in order to use the new camera features; just use your camera and apps as you normally do, and you should see a difference.

The February Android security patch is rolling out now, but it can take a day or two before your Nexus or Pixel devices install it.

If you are looking for a good smartphone gift for a loved one, the $199 Honor 7X is a great option. The red color looks great and is available in limited quantities.

The 2018 crop of iPhones could feature 'Intel Inside,' but it won't be the processor.

Join Discussion for: Here's why your Pixel 2 is about to start...