Ever since Android's inception, at least in the western hemisphere, Google's Play Store has been the primary venue for app developers to distribute their software on that platform. 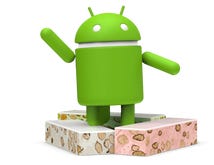 Android as we know it is dead, but it's not going to go away Android has problems, and Google knows that and has plans to replace it with something better. But the Android name won't be going anywhere.

Traditionally, the idea that a device OEM attempting to sell its products in North America, LATAM or EMEA could produce a smartphone or tablet device without Google's store and Play Services was unfathomable. Without access to Google's key applications -- GMail, Calendar, Hangouts, YouTube, Maps, Chrome browser -- and popular 3rd-party apps, a mobile device was useless from a consumer's point of view.

Yes, there were 3rd-party alternatives like Amazon Appstore. But those lacked the ability to install Google's own apps, and many of the popular 3rd-party apps, particularly games, also did not participate in those alternative app stores because of far less advertising revenue opportunity.

Also: With Google's first Android phone, the iPhone finally got a rival CNET

Without Google Play and Play services, you just didn't build a device for the Western market. Period. Amazon's massive failure with their Fire Phone in 2014 demonstrated that.

But it's almost 2019, and the perception of Google's overall value proposition is changing.

Over the summer, the European Union levied a €4.34B ($5B) judgment and fine on Google due to its practices of requiring application bundling on OEM devices that license its Play Store as well as requiring the use of its search engine. Google also prevented companies from selling "forked" versions of Android if they expected to sell products with the company's apps pre-installed on them.

As a result of the EU's antitrust decision against the company, Google must now stop bundling applications on Android phones and lift restrictions on forked or modified versions of Android. Google is also under additional scrutiny with Android in the EU and more fines may follow. 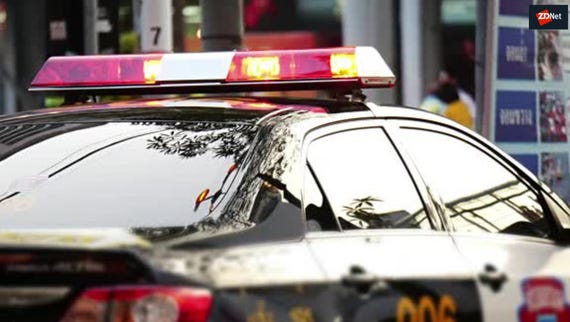 Google has now stated its intentions to comply with the ruling while awaiting its appeal, which could take years. If OEMs wish to pre-install Google's apps in Europe, it will now charge for that privilege with a flat licensing fee.

The cost of this licensing could work out to as much as $40 per device depending on the actual capabilities of the hardware, such as display pixel density.

Of course, Google already makes money off Android by taking a substantial cut of app revenue from developers that participate on the Play Store and by monetizing user search engine queries with targeted advertising.

In terms of cutting into OEM profits, that is significant. And it could mean that OEMs may now look to alternatives when trying to bring the costs of these devices down and improve their margins, especially in emerging markets.

Amazon and Microsoft are the two companies best suited to go face to face with Google in terms of app ecosystem and native application offerings for Android.

Four or five years ago, this would have been inconceivable. Neither company was in a position to provide compelling applications or store experiences that rivaled what Google had.

But that has changed.

Amazon has built a substantial following with its Prime service and its Music and Video platforms are now some of the best in the industry. It's also making tremendous headway in the IoT and home automation space with its Alexa intelligent assistant and is building a very large partner hardware ecosystem around that platform.

And while its Fire OS tablet hardware is not a huge ecosystem compared to the overall Android space, it is not a slouch either. The Amazon Appstore user experience has improved greatly over the last several years, as has their Fire OS UX itself.

In essence, Amazon has created a parallel Android universe with its own hardware and apps.

Microsoft, for its part, has developed more of a symbiotic relationship with Android. In the last several years it has built a large stable of apps for the platform, for both consumer and business use, which are free to use (aka "freemium") but are more useful when paired with the company's paid subscription Office 365 and other cloud services such as OneDrive and OneDrive for Business.

It now has over 100 apps for the Android platform. This includes its excellent Outlook email and calendaring software, its fast and modernized Edge browser, its Cortana intelligent assistant, and its Swiftkey keyboard which is considered by many to be one of the best on the Android platform.

The company has also introduced an updated version of its Launcher that replaces the default program manager on Android devices and is fully integrated with the Windows 10 timeline, OneDrive cloud storage, the Bing search engine, news content, and Office 365 services.

Microsoft actually has enough applications and services that it would be possible for the company to directly engage hardware partners such as Samsung, LG, Huawei and OnePlus to build an entirely Google-free Android device, at an extremely cost-competitive price point not just for Europe, but also for many developed and developing countries. And that includes North America and LATAM.

The only thing missing from the equation would be a Store for Microsoft to use to install its apps and a monetization opportunity for third parties using ad-supported revenue and in-app purchases.

Microsoft has already built a store for its Windows 10 platform that supports "Modern" Windows 10 apps and also specially-packaged Win32 applications. They would simply need to add support for packaging and installing Android apps for Android devices.

Microsoft would also need to build a Microsoft Store application for Android. That would be trivial because they've already created .NET for that platform with Xamarin so it would be a relatively low-effort port.

Microsoft could certainly go at this alone and attempt to court carriers and OEMs. And it might succeed with doing that. But I don't think that's what they should do.

I believe that Microsoft is stronger if it actually teams up with Amazon in order to provide a viable 3rd-party app ecosystem for Android, one that is multi-vendor and includes participation from other major software developers.

Does this sound like cats and dogs teaming up with each other to fight the squirrel menace?Let's look at this rationally.

They are both powerful Pacific Northwest-based technology companies, with campuses in very close physical proximity to each other. If you actually look at what their employees really do, they are each big consumers of each other's products.

I know, because I used to work at Microsoft, and I know a lot of ex-Softies that went to work for Amazon. And vice versa. They socialize in the same circles.

Microsoft folks buy a lot of products and consumer services from Amazon during their off-hours, and Amazon folks use a lot of Microsoft products and services as well. The reality is far different than the perceived cold-blooded competition between the two when it comes to their commercial clouds.

So yes, there are areas they will not be able to easily cooperate on -- but there are many where they can. And between the two of them, they are capable of filling out gaps of functionality that otherwise Google's own apps and services fill, so there is a much more complete ecosystem if they were to jointly partner on an app store, advertising engine and UX for Android.

Amazon and Microsoft are already partnering on how to make Alexa and Cortana integrate on Windows 10 and on Echo devices. Today, you can use Alexa to invoke Cortana as a skill on Amazon Echo devices. You will also soon be able to use Alexa to control Xbox One consoles.

It's also possible based on multi-cloud API integration for the two assistants to mind-meld with each other so that Alexa and Cortana can be a single contiguous user experience and produce more useful and intelligent results to user queries. That doesn't quite exist today, but it is absolutely doable. And it is coming.

An alliance between Amazon and Microsoft would be one of convenience and a mutual distaste for Google. The apps and store and successive partnerships would be the "Microzon" ecosystem. Sound crazy? Successful alliances between rivals have been built for much more trivial reasons.

These two have a very strong motivator for taking mindshare aware away from Google in Europe and other regions because the company is stifling their growth in mobile. And Google is hardly returning the favor for Amazon and Microsoft providing compelling apps on their platform.

Google doesn't provide apps and skills for Fire OS or Alexa, and other than Chrome and Backup and Sync (Google Drive) it doesn't have native apps for Windows 10. Efforts to fill that functionality gap on Windows 10 have instead come from developer third-party apps trying to use undocumented or poorly-documented Google APIs.

Both Amazon and Microsoft have battle scars and scores to settle with Google -- Amazon was burned with their Fire Phone because of Google hegemony in the consumer space with an app gap and Microsoft's Windows 10 Mobile/Windows Phone suffered for similar reasons. Yes, both are also envious of Apple, but Google is the real problem. And one they can actually do something about.

Each is weaker if they attempt to go at it alone. But together, I would not bet against them.

Will Amazon and Microsoft put their differences aside and join forces in the Android space? Talk Back and Let Me Know.

Join Discussion for: How Amazon and Microsoft will oust Google...