The story of my iPhone charging woes incited hundreds of emails and several suggestions. So I went to a different Apple store in search of a solution.
Written by Chris Matyszczyk, Contributing Writer on July 1, 2018 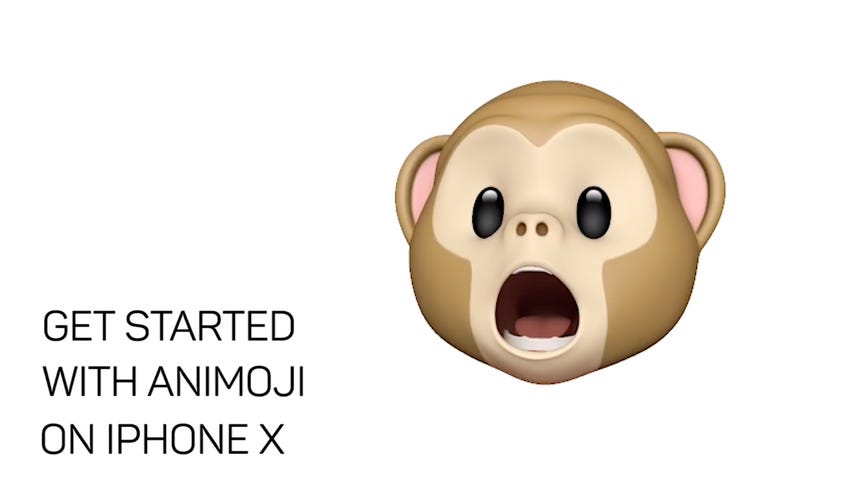 How to use animoji on on iPhone X

I was prepared to put up with it.

So my iPhone was charging erratically. It was the only gadget that really annoyed me. Shouldn't everyone have at least one?

Yet after baring my experience at an Apple store in these pages -- a certified Genius had told me I was being too aggressive with my Lightning cable insertion into my iPhone 6 -- I received hundreds of emails from readers.

Also: Wireless charging will wear out your iPhone battery faster than cable charging

Please, I'm new here. I had no idea you cared so much.

About iPhones, I mean.

The majority of readers insisted my problem was a lint build-up from keeping it in my pocket. Many said they'd had to learn this for themselves from YouTube videos, rather than Apple Geniuses.

I'd omitted to mention in my original article that I regularly inspected the port and even sometimes used a wooden toothpick to dig out fluff.

Readers shared their own tools of the port-cleaning trade. Many favor an unspooled paper clip. Some use a sewing needle. (Wait, those are made of metal. Is that entirely wise?) Some, too, use a wooden toothpick or one of those plastic GUM Soft-Picks.

"It's just like using a Q-Tip in your ear," revealed one helpful reader.

There was only one thing for it. Go to a different Apple store. You see, after one more little scrape with my wooden toothpick, my iPhone died.

Had I scraped it to death? Or did I truly suffer from aggressive charging issues?

I sat for 25 minutes, waiting for my Genius.

Finally, she arrived, apologizing for the wait. I explained that my phone had become too erratic to live with and now had suddenly expired.

She took out her flashlight and peered down the port.

"Hmm, the port looks pretty clean," she said. "But one of your pins looks like it's corroded."

How could this be? This isn't that ancient a phone -- perhaps a year old.

CNET: Apple killing the Lightning port may be the next step to a truly wireless iPhone

She said she had to go into the back room for a more detailed inspection and would return. I've had this response from Geniuses before. I wish I knew what went on back there.

Do they have just one Genius Guru who sits on a large cushion and speaks like Yoda? Or do they just sit swigging a beer, inspect the customers via hidden cameras and giggle a lot?

After five minutes, my Genius returned.

"Well, I think I've got it charging," she said, with a slight lack of conviction. Yes, there had, indeed, been lint right at the back of the port, but it had been impossible to see with her personal flashlight.

"Back there, we've got one of those lights that a doctor uses to look inside your ears," she said, as I tried to look as if I was marveling.

"And we've got a special tool," she added.

She plugged a Lightning cable into my phone and it showed signs of life. Meanwhile, I pondered this special tool.

The Mystery of the Secret Apple Tool

She left me in order to attend to another forlorn customer and said she'd be back, once my phone started to charge a little more.

She returned and I asked her whether my phone would soon bite the dust and I should upgrade to an iPhone X.

"I don't think it's worth the money and, let's face it, that's what you're paying the extra bucks for," she explained.

She said she was very happy with her iPhone 8 Plus. She also performed some diagnostics and said my battery was showing signs of angina. She offered to replace it.

I asked her about this special lint-scraping tool.

Must-have tools you need for repairing PCs, smartphones, tablets, and much more

"It's, well, it's very good at getting to that stuff in the back," she added, a touch mysteriously. I'd scarcely had a chance to breathe before she added: "You can't get it on Amazon."

"It's just a special tool," she said, clearly believing she'd already said too much.

I tried, but I could get no more out of her. Apple has special tools, I concluded, because Apple is special.

I thanked her for her trouble and went on my way.

My experience in Apple stores has generally been very good and this particular Genius was perfectly charming and helpful.

It's odd, though, that we pay so much for these gadgets and are supposed to use Neanderthal wooden toothpicks to stop them from failing.

It's odd that the first Apple store I'd been to had been so keen to tell me I was far too forceful for such a delicately designed product.

It's odd, too, that an Apple store claims to have a special tool that it doesn't want customers to know about and definitely doesn't want them to buy on Amazon.

Could it be that the Geniuses -- they tend to call themselves technicians these days -- would lose their mystique?

What could this tool be? A tiny hair-dryer specially created for mouse-hair? A fingernail-slim probe pilfered from the local dentist?

Naturally, I contacted Apple to ask and will update, should I hear.

In the meantime, one reader said his Apple Genius had offered something ingenious: Make sure you put your iPhone into your pocket upside down. It won't collect as much lint.

Apple releases first iOS 12 public beta for anyone to try

Want to try iOS 12 on your iPhone or iPad right now? You don't have to wait until September when it officially launches. Apple just rolled out a public beta that anyone can try for free. Here's what you need to know.

New and upcoming phones: Galaxy Note 9 and others we're expecting in 2018

At WWDC 2018, for every feature that tried to help you use your phone less, there was at least one that tempted you to use it more.

Released court documents show that while Apple publicly denied the existence of "Bendgate," the company's own internal testing showed that the iPhone 6 and iPhone 6 Plus were far more susceptible to damage from bending than previous models.

If you didn't get an iPhone X or an iPhone 8 this year and don't have plans to purchase a new Apple mobile device soon, check out how to refresh your iPhone.