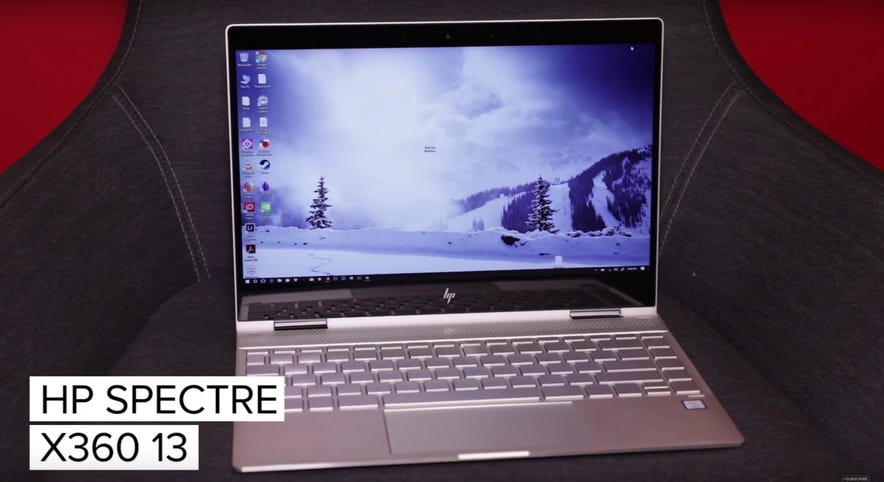 The new Xeon E3-2176 and E3-2186 CPUs are available in the top-end configurations of the ZBook Studio and ZBook Studio x360, otherwise they'll be powered by four- or six-core Core i5 and Core i7 CPUs. However, the Xeon chips bring support for ECC memory and include Nvidia Quadro P1000 discrete graphics.

Both the ZBook Studio and ZBook Studio x360 can be configured with up to 32GB of RAM and 4TB of SSD storage, with GPU memory of 4GB.

The HP ZBook Studio x360 and the ZBook Studio should be available in May with a starting price of $1,499 and $1,299, respectively.

HP is also releasing a new ZBook17 mobile work station, which can be configured with up to 10TB of storage, 64GB of memory, and Nvidia's Quadro P5200 graphics.

The ZBook 15 meanwhile supports up to 6TB of storage, three drives, and up to 4TB of local PCIe TLC storage.

Finally, the ZBook 15v, a cheaper laptop aimed at engineering students and small businesses, can be configured with six-core Xeon processors and 32GB RAM. It will also be available in May starting at $949.

The ZBook 17 and ZBook 15 are also expected to be available in May, but HP hasn't revealed pricing yet.

In regular business scenarios, the HP EliteOne 1000 will comfortably handle most workloads, but it should be capable of so much more.

Top-end models can get expensive, but this sturdy laptop offers long battery life and an excellent choice of configurations, although Intel's latest Core processors are not on offer yet.

HP's portfolio is aimed at clinicians who have to log in 70 times a day and sanitize IT gear repeatedly.

The digital assistant is being added to select PCs, which could help it win over the enterprise as the go-to AI for professionals.

At CES 2018, it seems like everyone's getting into the cloud-gaming game.