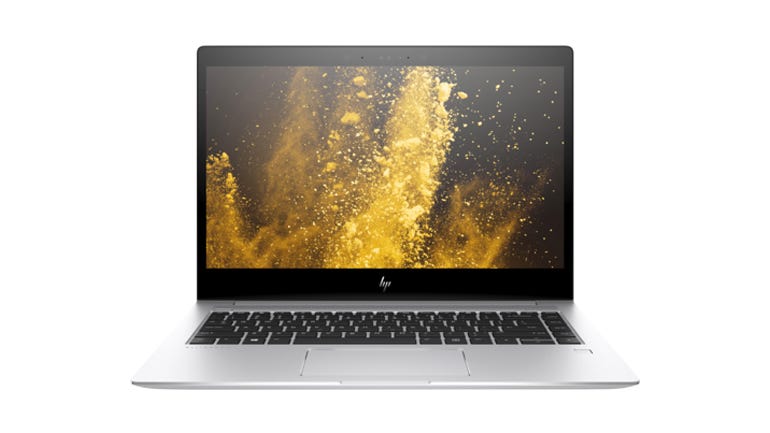 HP Inc is now on to the fourth generation of its 14-inch Elitebook 1040, a sure sign that the design is a winning formula worthy of regular refreshes. Back in 2014, I reviewed the first generation of this notebook, judging it "every inch a business executive's ultrabook". How does the latest generation match up?

The HP Elitebook 1040 G4 doesn't offer any fancy screen gymnastics, but its conventional clamshell design should still suit plenty of businesses. The silver metal chassis is distinctive, and HP's minimalist logo looks eye-catching in the centre of the lid.

The metal chassis is tough (the EliteBook 1040 G4 passes MIL-STD 810G testing), providing plenty of protection for the notebook in a bag without the need for a sleeve. That helps to keep the overall weight down to a starting point of 1.36kg.

These might seem like small differences, but if you're looking to conserve precious space in a tote bag they could be worth noting.

One of the many areas where EliteBook 1040 G4 configurations vary is the screen. My review unit was near top of the range, sporting a full-HD (1,920-by-1,080) IPS touchscreen -- the highest-resolution screen available in the UK. Not all configurations support touch, and it's worth noting that the screen is quite reflective, while the maximum brightness level is a positively eye-searing 700cd/m2.

Some models, including my review unit, incorporate the HP Sure View Privacy Screen. Tap the F2 button and the display reconfigures to reduce the vertical and horizontal viewing angles. It's not impossible to view the screen from wide angles, but anyone sitting next to you on a train would need to fidget around to find a viewing angle that works for them, and in doing so would need to get pretty close to your head. You'd certainly notice their manoeuvring.

The downside is that when viewed head-on in Privacy Screen mode the screen has a somewhat washed-out appearance. This can be mitigated by boosting the screen brightness, although you'll need to find the right balance between viewability and privacy.

The keyboard is springy and responsive, the keys are nice and large, and well-spaced. There is no flex at all, even when hitting the keys very hard. Typing is a comfortable experience and I easily managed my normal touch-typing speed. The cursor keys, which are normally shrunken, have been designed as full-size for left and right, and wide half-height for up and down.

The Fn row has dedicated Call and End keys for those who want to use Skype, as well as a microphone mute key. There's a Fn key that toggles the keyboard backlight through two brightness settings, plus an Outlook shortcut key. The touchpad is very responsive and a pleasure to use -- one of the best I've used in a while, in fact.

When a vendor offers several iterations of a laptop it can be useful to do a quick comparison of the key specs. But, with 21 different off-the-page configurations, that's not very practical here. Instead, I'm comparing the lowest- and highest-priced models to give a feel for the range on offer, and adding in my near-top-end review unit.

There are key differences across the range in CPU, GPU, RAM and SSD storage, as you'd expect. Some models also offer mobile broadband. However, HP had no Elitebook 1040 G4 variants running an 8th Generation Intel Core processor at the time of writing, and there's no external GPU option. 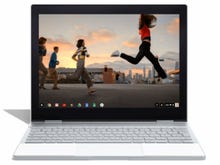 The EliteBook 1040 G4 generally ran very quietly during testing but, on the rare occasions that the fan kicked in, it became pretty noisy for short bursts. That's something to be aware of if you're used to a very quiet working environment. Heat dissipation is very good though: the base of the laptop, which is where the fan outlets are, remained cool at all times.

There is a full-size USB 3.1 port and a headset jack on the left side, while the right side has room for a second USB 3.1 port, a pair of USB-C/Thunderbolt ports (one of which doubles up as the power input), and a full-sized HDMI connector. There's no microSD card slot, which is not uncommon, but it's easy enough to access microSD storage via a USB dongle. The wrist rest houses a fingerprint sensor.

Sound comes via Bang and Olufsen speakers with the main outlet being a neatly designed grille that stretches the width of the area above the wrist rest. Secondary speaker outlets are on the underside of the chassis, towards the front edge where the chassis tapers, so they're not muffled by the desktop. Although you get significant distortion at top volume, 70 percent is perfectly acceptable and would be adequate for small-scale conferencing or presentation use cases.

In order to create a USP for its laptops, HP has started to introduce a feature it calls HP PhoneWise. To date this is available only on a small selection of HP systems -- the Elitebook 1040 G4 is joined just by the EliteBook x360 1020 G2 and the desktop EliteOne 1000 G1 PC. It allows you to take and make calls, and send and receive texts, without taking your Bluetooth-connected iOS or Android phone out of your pocket.

HP claims up to 18 hours of life from the Elitebook 1040 G4's six-cell 67Wh battery. I didn't get anywhere near that during testing, but in one typical morning's work involving writing, web browsing and some streaming the battery only dropped from 98 percent to 80 percent in four hours.

On that basis, I'd expect the Elitebook 1040 G4 to easily keep going for a full working day and have enough juice left for the evening commute. If you need a burst of power before leaving the office, Fast Charge will deliver a 50 percent charge in 30 minutes.

The Elitebook 1040 G4 is a solidly built 14-inch laptop that should prove a capable, if potentially expensive, workhorse. There are 21 off-the-page configurations available at the time of writing, so it's a shame none currently sport an 8th generation Intel Core processor. Still, battery life is excellent, you get four USB ports (two USB 3.1, two USB-C/Thunderbolt) and the Privacy Screen is likely to prove useful for mobile professionals. 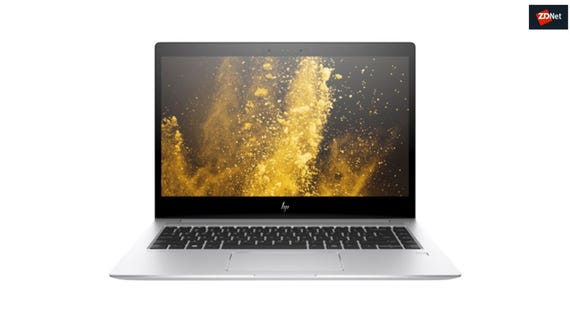 HP grows both PC and printing revenue in Q4
The company's fourth quarter results were in line with market estimates, with broad-based, double-digit growth in all three regions.

HP Inc's UK boss on life after the split
How have the fifteen months since HP split into two businesses gone for the PC and printing company? We talked to George Brasher, managing director for the UK and Ireland.