Huawei has pointed to its 'unblemished record of cybersecurity' following reports over the weekend that it helped the Chinese government gain access codes for a foreign network.
Written by Corinne Reichert on Nov. 4, 2018 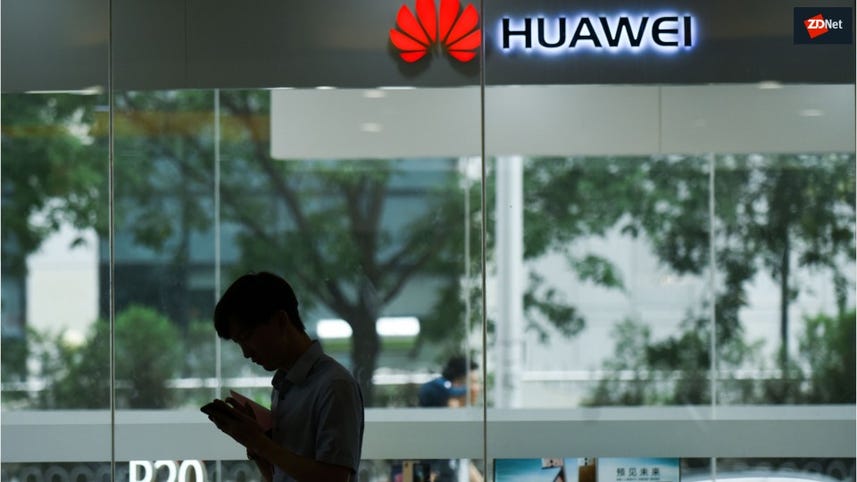 Huawei has denied that it assisted the Chinese government in infiltrating a foreign network to gain information, following reports over the weekend to the contrary.

"Huawei categorically denies it has ever provided, or been asked to provide, customer information for any government or organisation," a Huawei spokesperson told ZDNet on Monday morning.

"These baseless accusations are made without any evidence whatsoever."

The denial followed reports by The Australian that it had "confirmed from a national security source" that Huawei staffers were used by Chinese intelligence to "get access codes to infiltrate a foreign network", including providing password and network details.

"Huawei is acknowledged as a global ICT leader and is the largest provider of telecommunications infrastructure in the world. We have reached this position as a global leader because we have a 30-year record of delivering world-class technology and are trusted by our customers around the world," the Huawei spokesperson added.

"We back up our infrastructure and equipment with an unblemished record of cybersecurity. We would urge any public debate on Huawei's role in providing its technology to Australia to be balanced and based on transparency and facts, rather than vague and unverified speculation."

The denial followed Australian Signals Directorate (ASD) Director-General Mike Burgess last week saying his agency had recommended the Huawei and ZTE 5G ban because the stakes surrounding 5G could not be higher, as it will see telecommunications networks move to the top of critical national infrastructure lists.

"This is about more than just protecting the confidentiality of our information -- it is also about integrity and availability of the data and systems on which we depend," Burgess said.

"Getting security right for our critical infrastructure is paramount."

Burgess echoed sentiments expressed by the government in August that the separation between edge and core networks has diminished, meaning vendors cannot be confined to the edge.

"The distinction between core and edge collapses in 5G networks. That means that a potential threat anywhere in the network will be a threat to the whole network," he said.

Huawei and ZTE were banned by the Australian government from playing a role in any 5G rollouts in August due to national security issues stemming from concerns of foreign government interference in critical communications infrastructure.

Huawei at the time slammed the Australian government's decision, saying it was not based in fact or a result of a transparent process, but rather motivated by political instability thanks to infighting in the Liberal party.

"The Australian government's decision to block Huawei from Australia's 5G market is politically motivated, not the result of a fact-based, transparent, or equitable decision-making process. It is not aligned with the long-term interests of the Australian people, and denies Australian businesses and consumers the right to choose from the best communications technology available," Huawei HQ said.

"A mistaken and narrow understanding of Chinese law should not serve as the basis for concerns about Huawei's business. Huawei has never been asked to engage in intelligence work on behalf of any government.

"The Australian government's actions undermine the principles of competition and non-discrimination in fair trade."

United States President Donald Trump's administration has been cracking down on Chinese involvement in the American tech sphere, including with draft legislation barring the sale of national security-sensitive technology to China and blocking government or contractors from buying telecommunications equipment and services from Huawei and ZTE.

Huawei in July told the Federal Communications Commission (FCC) that the US should not miss out on its market-leading technology, also pointing out that its exclusion would drive up consumer costs for mobile services.

The heads of the CIA, FBI, NSA, and the director of national intelligence to the Senate Intelligence Committee had also recommended in February that Americans not use products from Huawei and ZTE, while the FCC was also advised by the Executive Branch to deny China Mobile entry to the US telecommunications industry, citing "substantial and unacceptable risk to US law enforcement and foreign intelligence collection".

Huawei declined to comment, but in September denied similar reports that the Indian government had excluded it from taking part in joint 5G trials, saying it is currently proposing a set of solutions to support the government's requirements for a nationwide 5G rollout.

"Our collaboration with relevant departments and operators continues to proceed as normal. The government of India remains open and welcoming towards Huawei, and has been a fantastic source of support."

South Korea's largest carrier left Huawei off its list of 5G vendors, with SK Telecom announcing in September that it would be going with Ericsson, Nokia, and Samsung.