Huawei has rejected claims it ripped off an inventor's camera design.
Written by Liam Tung, Contributing Writer on Sept. 3, 2019 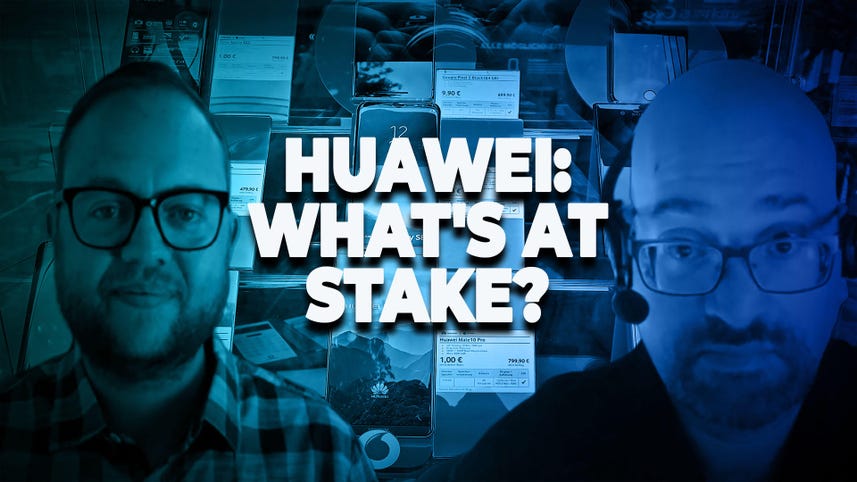 The Wall Street Journal reported that the US Department of Justice is investigating new allegations of technology theft as part of its ongoing probe into Huawei's alleged intellectual property theft from T-Mobile in 2012-13.

The DoJ in January unsealed two sets of indictments against Huawei's US subsidiary and Huawei CFO Men Wanzhou, who's set to face a hearing in January 2020 for her extradition to the US.

In the meantime, since May Huawei has been hamstrung by the US Commerce Department's ban on US companies supplying technology to Huawei amid the US-China trade war. The ban could oblige Huawei to launch its new Mate 30 Pro this month in Munich without Android or key Google apps.

"These allegations are false," Huawei said in a statement.

The EnVizion 360 can be found online for about $100 and features lenses on the back and front. The camera can be attached to the bottom of a smartphone via the USB port. It was launched in 2017 alongside the Huawei Mate 10.

Huawei said officials from its US subsidiary did meet with Oliveira at his request in May 2014 where he pitched his camera design. Huawei denies using his design.

"In 2017, Huawei started to sell the EnVizion 360 panoramic camera, independently designed and developed by Huawei's employees having no access to Mr Oliveira's information. Unlike Mr Oliveira's single-lens and expandable design, Huawei's camera was non-expandable, featured lenses on both sides designed for panoramic pictures," Huawei said.

Oliveira detailed his grievances with Huawei in a March interview with Portuguese daily national Publico and said he would file a lawsuit against Huawei in the US over its alleged infringement of a US patent and design patent for the camera that he was granted in 2016 and 2017.

It's not clear whether Oliveira ever did file a lawsuit. However, Huawei filed a "declaration of non-infringement" of Oliveira's US patents on March 26 in the Sherman Division of the Eastern District of Texas.

Huawei claims that from April 2018 to March 2019 the inventor sent emails to Huawei asking for large sums of money.

The company filed the civil complaint after two reports appeared in early March on photography site Fstoppers and gaming site Gamer4K detailing allegations that Huawei had infringed Oliveira's patents and improperly used information he shared with them in meetings in 2014 at its headquarters in Plano, Texas.

"This is a normal civil procedure. However, Mr Oliveira declined to accept the service of Huawei's complaint and summons, resulting in delaying of the court proceedings," Huawei says.

Publico then reported on August 5 that the DoJ team investigating Huawei over the January indictments had approached Oliveira for assistance.

Huawei contends that Oliveira is "taking advantage of the current geopolitical situation" and his views should not "be considered rational justification for a criminal investigation by the US Department of Justice".

ZDNet is trying to contact Oliveira and will publish his response.

Deals
Samsung Galaxy Z Flip 4 vs Motorola Razr 2022: Preorder the Flip or wait for the Razr?

Smartphones
How to use Android's lockdown mode and why you should