By Chris Matyszczyk for Technically Incorrect | May 26, 2019 | Topic: Apple 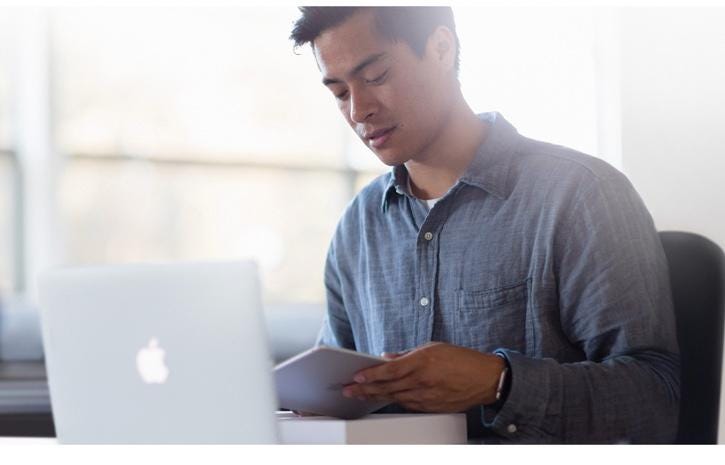 My MacBook keyboard, the one with the malfunctioning M-key, had focused my mind.

(That sentence took me almost 40 seconds to type. A lot of Ms.)

I wondered, though, what other problems people around the world reported to Apple every single day.

So I spent a random hour wafting down the Apple Support Twitter feed, just to hear the ululations of the faithful.

I didn't know what to expect. What I found was deeply sobering.

I confess I've never heard this one. Apple Support's first instinct was to suggest checking whether the customer was on the latest version of iOS.

Yet as I scrolled down, I began to realize this was a thing. Many more people had exactly the same problem.

Another customer had a darker problem: "We continue to get unauthorized charges (now up to $200) from @lovenikkimobile via the @Apple iTunes, and no one will help us. We are delinking our credit card from itunes."

The delinking didn't seem to work: "We did on Sunday, stopped the charges for a few days, and then another $20 charge today after we had deleted the app. Talking to you guys again now."

And so Apple Support sent this customer to the iTunes Store team, in the hope of rectifying this ill.

Some iPhone users had astoundingly basic -- and painful -- issues. Sample: "I'm beyond annoyed that the screen on my phone won't let me touch anything for the past 5 hours. Wtf @Apple."

Anything? Not even an Emoji?

Apple Support thought it had a simple solution -- a Force Restart. It didn't work. So, off to DM's it was to get more detail.

Another customer had a real problem with Apple's alleged inability to spell digital. Well, it apparently spelled it correctly on one Apple Watch screen, but not on another. The shame of it.

As I kept scrolling, it was clear that every single Apple product or service was a problem for somebody. Someone wasn't unable to download the Apple News app via Safari. Apple Support revealed that's because Apple News isn't available in India. Someone didn't know how to move his iPad keyboard from the middle of the screen to the bottom.

One customer had completely lost his MacBook screen after an update.

Some customers weren't too forthcoming with their issues. For example: "MY FACETIME STILL ISN'T WORKING PROPERLY. UGH, COME ON @AppleSupport."

What was Apple Support supposed to do about that? It thanked the customer for her patience. She thanked Apple for the quick response. And, hopefully, a problem was solved.

I'm not sure how those who sit listening to these complaints can do it for more than an hour at a time. Just reading them exhausted me.

A customer's iPhone had been stolen and he was "freaking out." Another had accidentally denied location permissions to a website and didn't know how to reverse himself.

One sad iPhone owner accused their Siri of completely losing it: "Why is my Siri literally freaking out. Why won't she slow down. Please help me. I can't stop her speed. What do I do? Apple, please... Steve Jobs... Literally anyone."

I never knew this could happen. I also didn't know that the iPhone has a Speaking Rate slider to slow things down.

And still the complaints kept coming. There were problems with Apple Pay not being accepted at a Jimmy John's and an old iPad that wouldn't update. There were exceptionally detailed questions too: "The @AppleTV app lists Apollo 11 as being in 4K HDR. But on iTunes it is only listed as available in HD SDR. @AppleSupport do you know which is accurate?"

The clever Apple Support person instantly got down into the weeds. What means was the customer using to access Apple TV? I'd have been more tempted to suggest his problems were excessively First World.

The more I read, the more I admired the patience of the Support staff.

How are you supposed to respond, for example, to a message that reads: "Wtf is going on with this update @AppleMusic @Apple"?

Or: "Hey @Apple can you tell me why my not even a year old iPad Pro 11 isn't even charging?"

Even when customers cursed, Apple's Support said it was "happy to help." Even when a customer was appalled that Apple had allegedly taken back his Dire Straits "Alchemy" album, all support wanted to do was solve the problem, so that he could listen to "Sultans of Swing" all over again.

I asked Apple how many people it employs on this support feed and how long their shifts are. I'll update, should I hear.

In essence, though, these people are the most constant, the most put-upon Apple representatives in the world.

They must begin each shift wondering whether they'll hear a new complaint today or whether it'll be the same old, same old.

Occasionally, it really is something unexpected. Why, one customer complained: "@Apple my FaceTime stays calling random numbers and then hiding the cancel call button, forcing me to have to shut down my phone. Huge inconvenience."

By Chris Matyszczyk for Technically Incorrect | May 26, 2019 | Topic: Apple