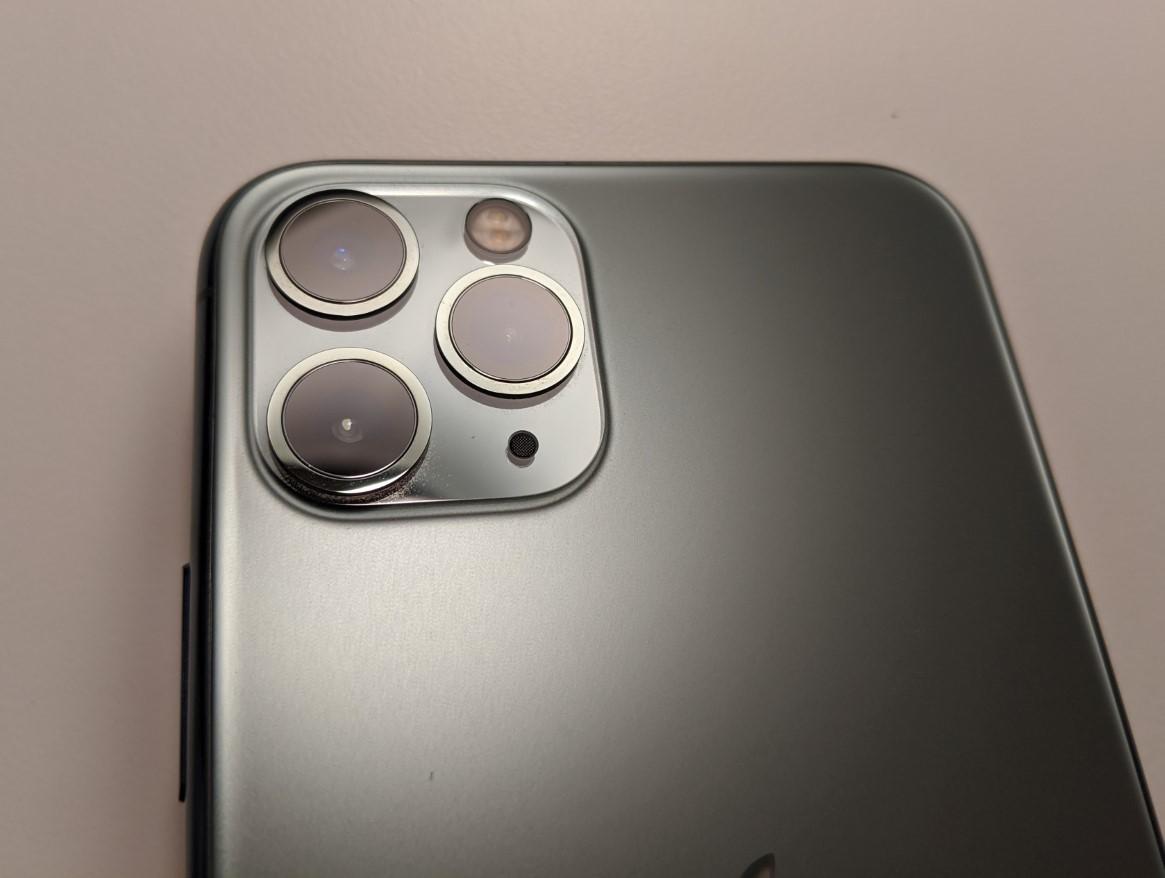 Last year was so different.

I wafted into an Apple store on iPhone XR launch day and was cheerily chatted to by two employees who were happy to explain the differences between iPhone XS and XR.

They said how odd it had been that the store has seen no lines of fanpersons ready to pour into the store and claim their exciting prizes.

One salesman admitted he's been at the store for two hours and I was the first customer he'd spoken to. To appease him, naturally, I bought an iPhone XR.

Would it be the same this year?

On iPhone 11 launch day, I went to the same Apple store, imagining the scenario would be somewhat similar. It's not as if Apple's iPhone 11 event oozed excitement, after all.

Yet here was a police officer looking marginally harassed (for northern California).

There were two long lines of people waiting to get into the store.

The store itself was teeming with the enthusiasm of, well, who? iPhone 7 and 8 owners who just could no longer take the embarrassment of living notchless? Samsung faithful who'd been seduced by the thought of the new iPhone's supposedly superior camera?

I thought it was a curious sight and it was clear I wouldn't be able to get in for hours. Still, I imagined it would all blow over by the next day.

The Next Day. A Peculiar Silence.

I was right. Or so I thought.

The next day, there was a line, but it was much shorter.

I peered through the windows and there was plenty of room for human movement in the store.

After a few seconds in line, it was clear that the people in front of me had pre-ordered, so I moved to walk straight into the store.

No greeter attempted to prevent me. The police officer outside didn't make any attempt to arrest me.

Inside, there was plenty of room to inspect the phones. After living with an XR for a year, it's strange what has stayed with me.

The phone is heavier than any iPhone I can remember. At times, this has served as a symbol of its sturdiness. At other times -- especially when operating it one-handed -- it's become something of a weight.

Could it be, then, that one of the three iPhones 11 would beckon me toward a better, lighter life?

The 11 looked and felt just a little tacky. Or, if not tacky, then a little cheap. The colors tend toward Ibiza disco -- other than the black, of course -- and the weight felt similar to my XR.

Would I switch to that? No.

The 11 Pro Max was a hulk. I picked it up, stared at it for a short while and found no magnetism.

What surprised me was the allure of the 11 Pro. After a year with the hefty XR, here was a slightly smaller phone that feels significantly more sophisticated and comes in a color that looked lifeless on video, but in real life is quite fetching. Just the Prada side of the military.

Yes, I told myself, I might get an iPhone 11 Pro in midnight green.

I looked around for a salesperson to guide me. You see, I won't ever order a phone online before I buy one. I want to look at it in real life, commune with it, and ask salespeople for their insights. That's what they're there for, right?

The store was certainly busy -- it is, almost always -- but I was at a table of iPhone 11s that only enjoyed one or two other customers.

It seemed as if I might have to go talk to the greeter, be put in a queue and then wait my turn. Who does that?

Surely after almost two weeks, I'd be able to achieve some basic level of customer service.

I went on a Thursday afternoon.

A police officer was still stationed outside -- a permanent fixture, it appears. However, the store now enjoyed plenty of space.

And no, there wasn't a line. This was it. I'd finally find one of the usually open-minded, enthusiastic Apple salespeople to guide me and take my order.

I walked over to one of the iPhone 11 tables. A couple was looking at the phones. Otherwise, I could have grabbed six phones in my hands if I'd wanted to. Nine, if my hands were slightly bigger.

I again went through a ritual of picking up each phone in turn. You can only do that for so long. I looked at the app that compared my XR to the 11 Pro. I examined how much Apple would give me for my XR as part of a trade-in: $375. That's $25 less than for the iPhone X.

I pondered whether I'd plump for the monthly fee arrangement, rather than pay for the phone outright.

I walked around the table to see if a little movement would attract attention.

I went to another table, where a single salesman was talking to a customer. To my right was the iPad table, where a lone four-year-old poked at one of the machines non-stop, occasionally smiling.

At the Watch table, there was nobody. Not a single person desperate to try a new band or buy a watch that, finally, instantly told the time.

Meanwhile, the salespeople seemed to be busying around, not raising their eyes to the now several customers who'd been standing around for considerable minutes.

I looked to my left, toward the door, and I noticed a line was beginning to form. There were suddenly two greeters at the door, busily writing down people's names.

There were also two large -- and largely devoid of customers -- tables of iPhone 11s, with not a salesperson in sight.

Should I finally, after two weeks, line up to talk to the greeter?

Perhaps the deities are telling me to stick with my XR.

However, this was unlike any previous iPhone launch I'd ever experienced.

There had always been enough staff to talk to walk-ins, especially three weeks after launch. No more.

It could be that the 11's are far more popular than Apple anticipated. It could be that, suddenly, this particular Apple store has found difficulties in hiring enough staff.

Of course, it could be that Apple now wants to dissuade anyone from coming to its stores without an appointment, which would be a curious position for a retail establishment.

I imagine at least some of those walking in had put their names down and were loitering with the intent of garnering a little attention, too.

I know other phone stores do this. They put your name down, and you're left to your own devices until someone bothers to come over.

But if you're spending more than $1,000, wouldn't it be nice to get at least a little, well, service?

Or perhaps this is just a precursor to Apple stores becoming like fancy restaurants: Reservations only.

As I walked out of the store that last time, I overheard a greeter saying to a customer: "It could be 20 minutes, it could be longer."

It could be a long time before I get to talk to an Apple salesperson about the pros and cons of the iPhone 11 Pro.