Full Bio
Posted in Between the Lines on September 10, 2020 | Topic: Innovation 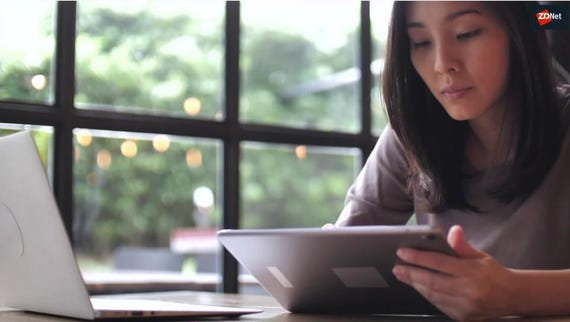 IFTTT has launched a new paid offering for Applet creators which goes beyond the standard If This, Then That protocol.

The emergence of Internet of Things (IoT) devices including smart lighting, voice assistants, security cameras, and more have forged a path for us to automate our homes and business processes, but the sheer variety of products on offer means that vendor incompatibility can be a problem.

If This Then That (IFTTT) aims to bridge the gap by introducing a way to forge Applets able to handle queries, conditional logic, and actions, circumventing vendor-specific ecosystem requirements.

Debuted on September 9, IFTTT Pro will allow users to create Applets with a number of user-requested features, including that data can be queried from multiple sources before triggering multiple actions.

Other features included in the subscription service include conditional logic factors and queries, and faster Applet execution. However, the new system also signals a change for free options, in which Applet creation will now be restricted to three.

"Pro goes beyond just one trigger and one action to create sophisticated Applets," the company says. "For example, a Pro can create an Applet that in the evening queries both their Google Calendar and Slack before deciding to turn on their Philips Hue lights and play their favorite Spotify playlist."

In an introductory video, IFTTT founder and CEO Linden Tibbets said, "this is the day If This then That becomes if these, then that, and that, or whatever else you can dream up."

CNET: Security keys to thwart hackers are now easier to use on all your devices

Up until now, the IFTTT team has been working with enterprise-ready applications to help businesses connect up their products through IFTTT Connect, with clients ranging from banking providers to IoT developers. However, this has meant that less time has been spent with the IFTTT community, an issue now set to be addressed with the Pro service.

"While we've been thrilled with the success of these products so far, we realize that our recent focus on services pushed us to de-prioritize bringing many of these features and other much-needed improvements to the individuals that have so patiently waited for them over the years," Tibbets commented. "Pro is our first big step in getting back in touch with our community."

TechRepublic: Backing up data is more important as people work from home during COVID-19

Applet creation under a Pro license will be unlimited but users can expect to pay $9.99 per month for the service. To try and lure community members into signing up, however, IFTTT is offering an introductory "set your own price" subscription for the first year, which will run through October 7.