Intel is warning other companies that emulation of x86 on various processors requires the proper intellectual property licensing. Do Microsoft, Qualcomm, and their PC partners make the cut?

We've seen it happen with all married couples, time and time again. It tends to happen in milestone decades -- 10 years, frequently 20. The two begin to grow apart. They no longer have shared interests, and often what keeps them together -- the children -- have left the nest.

Like "Brangelina," there is a celebrity couple whose marriage is on the rocks, and that couple is Microsoft and Intel.

Now going on for 30-plus years, "Wintel" is the power couple that solidified our technology industry.

There has never been a partnership more pervasive, more important, and more influential than any other between two technology companies. Perhaps even between two companies in any industry.

Intel x86 chip architecture and advancements drove the development of Windows. Advancements in Windows drove developments in Intel chips. In that relationship, it's very hard to say who is the heavy. In many ways, Wintel is a partnership of equals.

But now, Microsoft wants to make PCs that use Qualcomm chips based on the ARM architecture.

Naturally, Intel is very concerned. While not so much saying that it's ready to hire an expensive divorce lawyer and wants to file for custody, it has indicated that it exercised its legal muscle in the past when its children are threatened -- and will do so again.

But seeing other CPUs is not a new thing for Microsoft, and Intel has often looked the other way when Redmond had its occasional dalliances, because they weren't real threats to the marriage.

In the 1990s, Windows NT was developed to be an architecturally agnostic OS. It ran on MIPS, PowerPC, DEC Alpha, and of course, Intel's Itanium chips.

When the smartphone revolution occurred, Microsoft ported Windows CE and eventually Windows 10 Mobile running on the NT kernel to ARM.

But, in both of these cases, Intel was an active participant. Intel had a vested interest in making Windows architecturally agnostic, because, with StrongARM/XScale and Itanium, it was investing in its own future and additional lines of business.

It was adding spice to the marriage, so to speak. 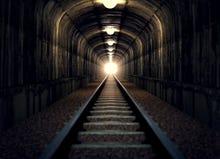 None of these other players were a particular threat to Intel, because you had to recompile all your applications to make them run on those platforms. The PC industry then, like today, was dominated by software that was optimized for x86 systems.

Desktop-style Windows was ported to ARM for the original Surface RT that used NVIDIA Tegra chips several years ago. It was memory constrained, sluggish, and could only run modern apps from the Windows Store and built-in desktop versions of Office recompiled from Win32.

Intel had no reason to worry. The market rejected Windows RT and Surface RT. Microsoft shelved it, continued its development of x86-based Surface devices, and moved on to other things, including making Windows more touch-friendly and improving developer tools.

Flash forward four years. Microsoft is again looking to make Windows platform-agnostic. It has been courting Qualcomm not just for the possibility of making ARM-based Windows systems but also in its Azure cloud.

Well, ARM SoCs are now that much more powerful, being able to run 64-bit apps and address larger amounts of memory and use more processor cores. They are finally approaching desktop-chip levels of performance.

Just take a look Apple's latest-generation iPad Pros that are shipping this week, that use the 64-bit, hex-core A10X SoC.

An apt comparison to Intel would be a V6 Chevy Camaro versus the turbo-aspirated, 4-cylinder 2.0L version -- which I have had a lot of fun driving lately.

Yes, the V6 is perhaps more satisfyingly louder (to those that like loud as opposed to a sleeper) and has a faster top-end speed, but the 4-cylinder turbo is torquier, has almost as much horsepower, and has much better gas mileage.

And if you tune the thing, with upgraded pipes? Well.

In the real world, it's a better performing car all-around. And soon enough you will be able to say the same for ARM-based laptops.

Perhaps not for gamers or extreme performance users, but for the rest of us corporate road warriors? The Qualcomm Snapdragon 835 and its successors will be joyous.

They have distinct advantages over Intel chips because they consume less power, generate less heat, and you can build a complete system far more economically with an ARM SoC than an Intel chipset because all of the major components are integrated onto a single processor die.

They are also now powerful enough that you can even run Intel x86 applications emulated -- with no need to recompile. And that makes Intel very nervous.

Now, to be fair to Intel, the x86 has never looked better. It's been going to the gym and has a personal trainer and is wearing tight-fitting outfits. It's trim and agile and eating right.

And Microsoft is proud to show x86 off to all its friends. Look how gorgeous my spouse looks!

But there is a problem: The x86 has a terminal illness.

Yes, beneath that sexy exterior, Intel architecture is going to die. Maybe not tomorrow, but it has an expiration date. So, Microsoft is doing its own estate planning and is indeed looking out for the children, that being Windows and the PC.

Microsoft should absolutely aggressively develop Windows for the ARM-based PC and ARM-based servers for its Azure data centers. But using x86 emulation is the wrong way to do it.

Frankly, I think it is inhumane to the legacy platform, and it's unfair to the children -- the next generation of PCs -- to make their replacement parent emulate their infirmed loved one.

The x86 emulation, besides being an infringement on Intel's IP, in which it would be fully justified in litigating the pants off of Microsoft if it is used without license, is a lazy way to bring about ARM Windows adoption.

An emulation approach is clunky and it never works as good as native hardware, no matter how fast or flawless your emulation environment is.

The emphasis should clearly be on platform modernization and that means native Windows Store apps and killing off not just x86 but the Win32 apps that have dominated that platform for so long and bogged down the system with legacy cruft and potential security exploits.

Microsoft needs to double down on modern Windows apps, not extend Win32's pain and suffering. It should not drag legacy stuff into the future.

It's understandable why we need something like Project Centennial on Windows 10 S in order to build up the Windows Store. But Windows 10 S is still an x86 SKU of Windows. It's a transitional OS.

However, ARM-based desktop Windows is supposed to be a fresh start that presumably was created with the intention of disposing of everything that is considered to be legacy.

There has to be a compelling reason to build modern native Windows 10 apps -- better performance, better power consumption, better stability, and better security are the key drivers.

Keeping x86 alive through emulation on ARM defeats the purpose of that.

And the potential of a massive retaliatory litigation by Intel would not be worth it. It would be a huge distraction for Microsoft and its OEM partners and would put a pallor over Windows on ARM.

As in any marriage that needs work, I believe that this has to go both ways. Microsoft needs to commit to Intel that Windows 10 on ARM is not going to use Intel emulation.

In return, Intel needs to bring spice back into the marriage, as it did in the 1990s and early 2000s by working on a next-generation systems architecture for PCs and cloud data centers, presumably based on ARM or something equally competitive.

Intel, despite having sold its XScale division to Marvell in 2006 remains an ARM architectual licensee, so it is still within the realm of possibility.

Nobody said keeping marriages alive and healthy after 30 years is easy. But those who succeed at it can really make it pay off.

Do Microsoft and Intel need to bring the spice back to their marriage? Talk Back and Let Me Know.

Join Discussion for: Is Microsoft cheating on Intel with ARM?