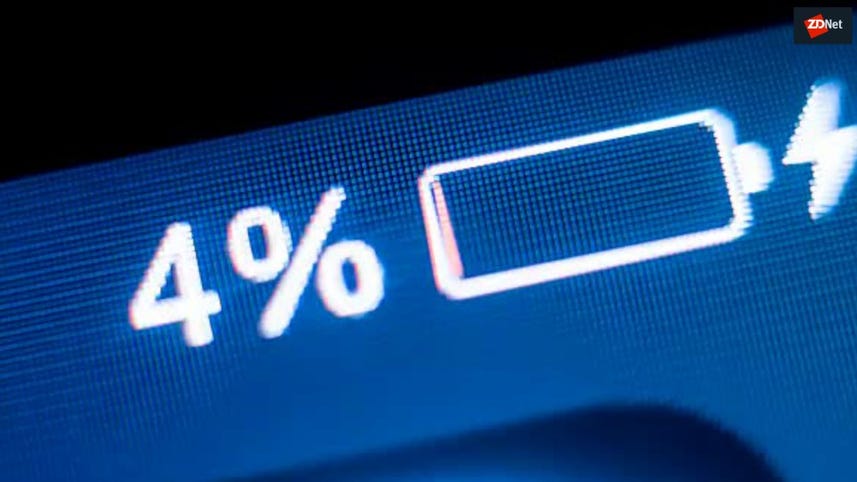 Are you finding that your iPhone's battery life isn't anywhere near as good as it was with iOS 10? You're not alone.

Must read: Here are the Apple products you shouldn't buy (and three that you can't buy anymore)

Every time Apple releases a new version of iOS, there never a shortage of people complaining that their battery life has gone from great to terrible. Sometimes this is just down to the iPhone or iPad needing a few charge/recharge cycles to recalibrate the battery charging mechanism and for things like Spotlight to finish indexing all the files on the device, other times it's a bug in iOS or an app that's sucking at the battery.

It seems that iOS 11 has a problem that's seriously affecting battery life.

Within hours of the release of iOS 11, the internet was awash with battery complaints. Because it can take a couple of recharge cycles for the calibration to settle down, I generally ignore these early reports, but we're now almost two weeks on from release, and despite seeing iOS 11.0.1 being released, battery life continues to be a big problem for many users.

There's also data to support the idea that there's a problem with iOS 11. Wandera published data based on a subset of 50,000 moderate to heavy iPhone and iPad users in its network running iOS 10 and iOS 11 to compare the average battery decay rate over the three days. The results show that iOS 11 is hammering battery life much harder than iOS 10 did.

So what can you do? Well, there's quite a lot of tweaks you can do to eke more minutes out of your battery (see below), and you can keep a charger or powerbank handy to charge up your iPhone of iPad during the day. But beyond that, we're all going to have to wait for Apple to push out a patch to address the problem (early indications suggest that iOS 11.1, which has been released to beta testers, goes some way to improve battery life).

iOS 11.0.1 update causes havoc for some iPhone and iPad users