Inside Apple's new A11 Bionic processor

Thanks to a constant trickle of leaks, there wasn't much that we didn't know about the iPhone 8 and iPhone X, but one thing we didn't know anything about was the new processor powering the hardware.
Written by Adrian Kingsley-Hughes, Contributing Writer on Sept. 12, 2017 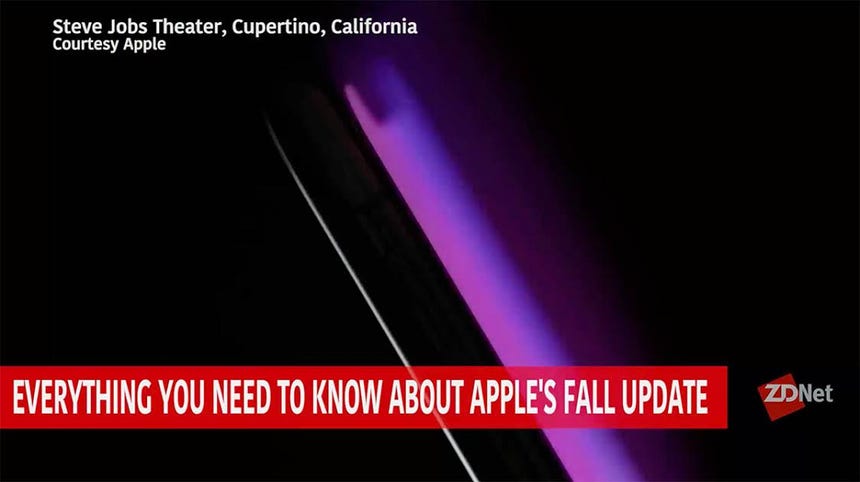 Apple today unveiled the new processor powering the new iPhone 8 and iPhone X - the A11 Bionic.

Must read: Get your iPhone ready for iOS 11

The A11 Bionic - yes, that's its real name - is a 64-bit, 6-core processor (two performance cores, and four high-efficiency cores) that Apple claims is the "most powerful and smartest chip ever in a smartphone."

The A11 Bionic also features the first Apple-designed GPU that is 30 percent faster than the A10 and can offer the same performance as the A10's GPU at half the power consumption.

Apple has optimized the processor for 3D gaming and Apple's Metal 2 platform, and is also optimized for machine learning using Apple's CoreML platform.

On the video front, the A11 Bionic includes an Apple-designed video encoder, the ability to handle faster frame rates, and real-time image and motion analysis.

Specifically for the iPhone X, the A11 Bionic protects the Face ID data used to unlock the device in the Secure Enclave, as well as handling all the image processing of the face data on the iPhone X using a dual-core Neural engine that can handle 600 billion operations per second, with no data sent to Apple for processing.