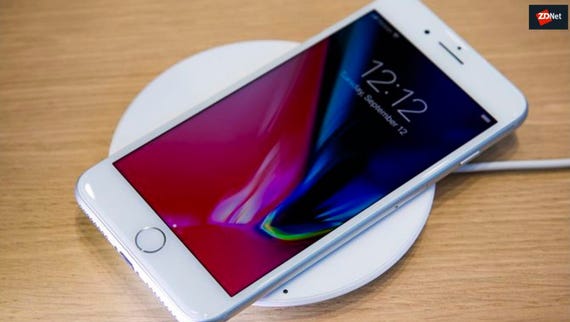 Smartphones and, in particular, the iPhone, seem to attract more battery life complaints than any other device out there. Maybe it's because we use the thing so much and don't realize it, or maybe it's that we rely on it so heavily for so many aspects of our lives.

And there's nothing like an iOS update to exacerbate battery problems.

Must read: iOS 11.4: Should you install it now or wait for the bug fixes to drop?

The first thing that most iPhone owners do at the slightest hint of a battery problem is dive into the Settings app and begin flipping switches to turn stuff off. But this violates the first rule of troubleshooting: If it's not broken, don't fix it.

As annoying as battery issues can be, my first advice is to just ride them out. New iOS updates can throw the iPhone or iPad's battery calibration settings off, and it can take a few charge/recharge cycles to fix this. The best thing you can do during this period is just use your device normally and charge it up when it needs charging up.

Another problem might be that it's a bug that you're dealing with, and there's not much you can do about it until it's fixed. It can be an iOS bug (expect Apple to release a couple updates to iOS 11.4 over the coming weeks to crush whatever bugs squirmed out at the last minute), or it can be a buggy app that's draining your battery.

Before any switch flipping happens, the first thing you need to do is determine whether you have a battery issue in the first place.

To do this, you're going to use the " Time Since Last Full Charge" meter that you can find in Settings > Battery (you'll have to scroll to the bottom of the page to find it). Here you will find different metrics being measured:

The first thing I suggest you do to check for a battery drain issue is fully charge your iPhone before you go to bed (which will reset the " Time Since Last Full Charge" figures), then take it off charge as you go to bed, and look at the Usage and Standby figures when you wake up (might be worth making a note of them, so you can compare with any future data you collect).

What you are looking for is a difference between Standby and Usage. Unless you've been using your iPhone the entire time, the Usage time should be significantly less than Standby time. If they are the same, or close to it, you have a big battery drain problem. Ideally, what you want to see is a Standby figure that represents how long you've been in bed, and a Usage figure that represents a small amount of background tasks being carried out by the iPhone while you're asleep.

The smaller the Usage figures the better. However, unless you've already turned off background tasks and your iPhone's been doing absolutely nothing all night, it won't be zero. About 15 minutes of usage over an eight-hour period is nothing to worry about and you're good to go.

More than 30 minutes of usage over an eight-hour period and you likely have a battery drain issue. Over an hour and you may have a serious issue.

Another quick way to test to see if you might have a battery drain issue is to make a note of the Usage and Standby figures and then lock your handset and leave it for five minutes (if you fiddle with it during that time, or get a call or text or a notification, then you should restart the test).

Read also: iOS 11.4 tip: How to enable Messages in iCloud (and why you might want to keep this feature turned off)

After the five minutes have elapsed, it's time to check the numbers again. The Standby time will have increased by five minutes, but it is the Usage time that is important. If this has increased by a minute or less, you likely don't have a drain issue, but anything more than a minute suggests a possible issue.

It's important to remember that these tests only look for a battery drain issue and won't help you spot a fault with the battery itself or a calibration issue.

So, you've carried out the tests and come to the conclusion that your iPhone suffers from a battery drain issue. What do you do next?

Before you venture any further, I want to point out a few things.

With that out of the way, let's get to troubleshooting various issues that could be causing your battery to drain faster than normal.

Is your iPhone running slow? Is performance being throttled by iOS to prevent it from crashing? Would a new battery help restore it to peak performance? Here's how you can use iOS to find out.

Head over to Settings > Battery. There, you will see a new option labeled Battery Health (Beta). Click on this to find out more about your battery.

If your battery's maximum capacity is over 80 percent, you're good to go. If it's under that figure, your battery is worn and is in need of replacing (and if it's really close to, say, 81 percent, then you might still experience crashes when your iPhone is exposed to cold).

For more information, check out this article.

Read also: Your iPhone 8 or iPhone X battery could wear out in 18 months

First, go to Settings > Battery and look at the Battery Usage list. Tap anywhere on the list to change it from showing percentages to also showing you a breakdown of how much screen time and background time the running apps are taking.

Remember that while some apps -- the Music app for example -- are designed to work in the background, most apps are not and could be the cause of the problem.

While you're here, also look to see if you have No Cell Coverage on the list. If this is responsible for high battery usage, then you've found your problem -- being out of cell coverage or in an area with poor coverage. If this figure is high, try putting the iPhone into Airplane Mode when cell coverage is poor (you can still turn on Wi-Fi and Bluetooth independently) to see if that helps.

If you notice an app with unexplained high background usage, then you may have solved your problem. Go into Settings > General > Background App Refresh and turn off background refresh for that specific app.

After you've done this, it is a good idea to check to see if the battery drain issue is any better by repeating the tests you carried out earlier. If things are now good, then you're done. If things are no better or just a little better, then look for another app that may be working in the background when it shouldn't and switch that off, too. And, if things are no better, undo the change you made previously.

Another feature that could be draining your battery is push email, which can actually prevent your iPhone from going to sleep properly. If when you carried out the tests here you found that the Usage and Standby figures were almost identical, then this is likely down to email.

Head over to Settings > Mail > Accounts > Fetch New Data and temporarily disable Push and see if that helps. If you have multiple email accounts coming to your handset, then you can click on them separately and disable push separately to see if that works.

I find that push works well for iCloud accounts, but it routinely causes problems with other third-party email providers.

Get your apps under control

Apps can have an indirect effect on battery life in a couple of ways.

This is why you need to get your apps under control. Here are a few ways to do that.

If all else fails...

If none of the above helped you narrow down the battery drain problem you are facing, then you're down to a few final options: