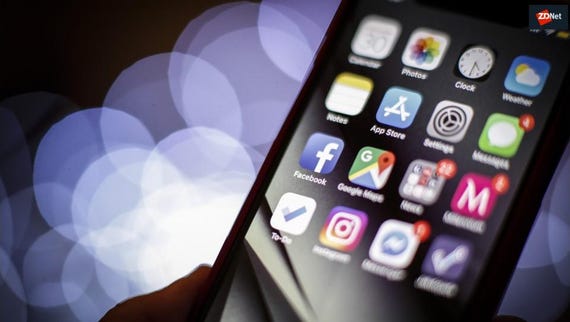 The cheaper iPhone XR is currently Apple's top-selling iPhone, but it seems one area where Apple cut corners is with its modem.

The iPhone XR is even slower than the 2017 iPhone X, which has average speeds of 18.5Mbps.

While the iPhone XR is slower than the more expensive models, it is still a lot faster than the iPhone 5s, iPhone 6, and iPhone SE, which all have download speeds of between 10Mbps to 12.8Mbps on 4G mobile networks. For users who do care about mobile speeds on their phones, this issue may be one reason to upgrade.

The reason for the speed difference is that older model iPhones include earlier 4G technologies that don't support newer techniques deployed by major carriers Verizon, AT&T, T-Mobile, and Sprint.

The latest iPhones are fastest because they feature LTE Category 16 modems, while iPhone 6S, iPhone 7, and iPhone 8 have between Category 6 and Category 12 modems.

OpenSignal also finds that Plus models don't have better 4G speeds than their smaller counterparts. That's despite larger models appearing to have more room to pack in better antennas.

According to earlier research by OpenSignal, iPhone users in the US experience slower LTE download speeds than Android owners.

Globally, the reverse is true, and iPhone owners saw download speeds of 15.7Mbps on LTE compared with 13.8Mbps on Android devices.

However, when looking only at flagship Android devices – which are more likely to purchased in the US – LTE speeds are just under 25Mbps and well ahead of average iPhone LTE speeds.

An expert with a track record for predicting Apple's moves has set out 2019 iPhone, iPad, and MacBook plans.

Apple has ditched Intel modems and switched over to Qualcomm hardware in the German market in order to bring to an end last year's ban following a patent infringement ruling.

It's easy to focus on Apple's high-end iPhone, but as the market contracts, and buyers increasingly become price sensitive, this is an end of the market that Apple needs to focus on. But currently doesn't.

New details about the three rear cameras rumored to be coming to the 2019 iPhones and the iPhone X returns and is cheaper than ever.