2019 started off bad for Apple, and things feel like they've gone from bad to worse to shocking over the course of a few weeks.
Written by Adrian Kingsley-Hughes, Contributing Writer on Feb. 14, 2019 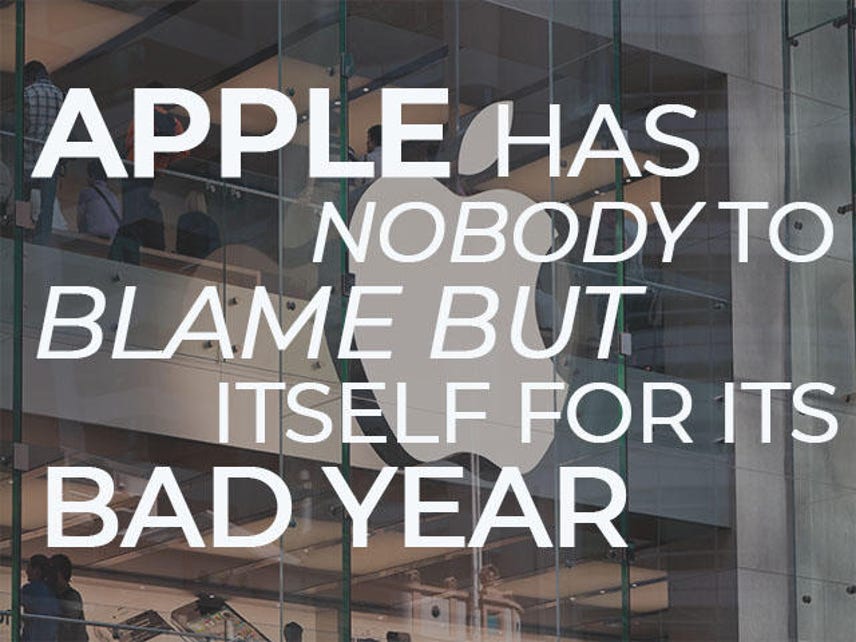 We are seven weeks into 2019, and what a year it has been. I kicked off 2019 with a post about how Apple fell foul of its ego by promising a product back on September of 2017 and then in 2018 tried to erase all evidence of its existence off its website. Later that day the company posted its first profits warning since 2002.

This was just the beginning.

While a general slowdown in smartphone sales certainly contributed to Apple's profits warnings, CEO Tim Cook also admitted that the company's own battery replacement program – a program Apple kicked off in order to mitigate the PR headache that the iOS iPhone throttling issue had created – was also partly to blame.

And the throttling issue is mostly down to Apple's push to make devices thinner and lighter, rather than put an emphasis on longevity.

Another factor that Apple itself acknowledged had contributed to the profits warning was iPhone pricing.

Then iPhone users were hit by the Group FaceTime bug. This bug could allow another iOS user to eavesdrop on a user by initiating a FaceTime call and forcing the recipient's device to accept the call. Without a doubt, this is the worst bug to hit iOS users to date, and it meant that Apple had to disable Group FaceTime calling – a flagship feature of iOS 12 that had already been delayed – and users had to wait over a week for a patch to land.

Then there was that awkward revelation that some iOS apps had been spying on users. Correct me if I'm wrong, but I thought the whole reason for a locked down app store was so that apps could be vetted by Apple before going live, so as to prevent this sort of thing from happening? While Apple did force publishers to get their act together, I'm surprised that this sort of thing wasn't picked up on sooner.

And it makes me wonder what else app developers are getting away with.

Then there's the ugly revelation that the Apple App Store is home to a Saudi app that gives men the ability to track and restrict the movements of women in the kingdom (the same app, called Absher, which roughly translates as 'yes sir,' is also available in the Google Play Store).

While bugs and hardware issues are a fact of life in the tech industry, allowing an app like this to be hosted is inexcusable.

Apple, you need to do better. Much better.