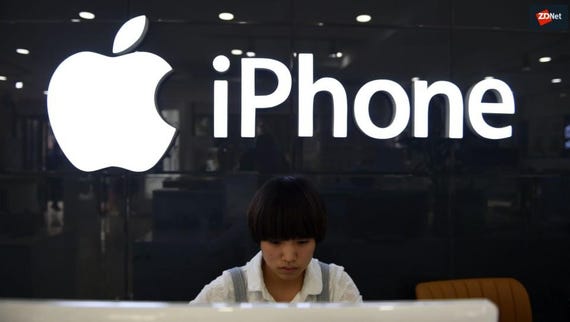 Is Apple doomed? Here are some answers
Watch Now

Apple's global iPhone shipments fell by between seven percent and 15 percent in the fourth quarter of 2018, according to analysts who now no longer have access to official unit-sales figures from Apple.

Apple on Tuesday reported that year-over-year iPhone revenue declined 15 percent in Q1 2019, which covers sales in the three months to December 29.

It is the first quarter that Apple has not published the number of iPhones sold and follows its seven percent cut in expected revenues from an earlier estimate. Apple yesterday reported $84.3bn in total revenue, down five percent from the corresponding quarter in 2018.

In the absence of official figures from Apple, analyst firms have published their own estimates. Analyst firm Canalys reports that Apple shipped 71.7 million iPhones in Q4 2018, marking a 7.3 percent decline on the 77.3 million it shipped in the same quarter in 2017.

However, Strategy Analytics reports that Apple shipped an estimated 65.9 million iPhones worldwide in the fourth quarter, representing a 15 percent decline on the same quarter a year ago.

Other factors negatively impacting iPhone sales included smaller carrier subsidies in some developed markets, such as Japan, and weak demand in emerging markets.

The active installed base is a key driver for Apple's ambitions to grow its services business, which grew by 19 percent in the quarter to a record $10.9bn.