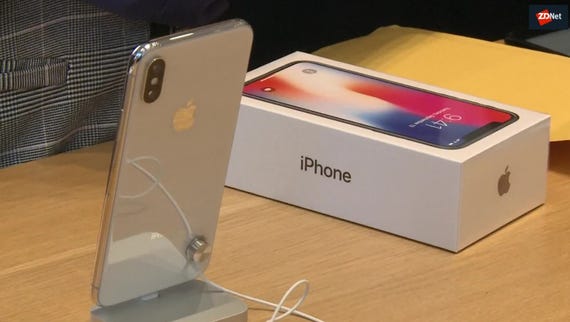 South Korean telcos are reporting high pre-orders for the iPhone X ahead of official sales beginning on Friday.

SK Telecom, KT, and LG Uplus had reportedly secured 100,000 iPhone X units between them, but pre-orders have exceeded 300,000 since beginning last Friday, near double that of the iPhone 8, which saw around 150,000 pre-orders.

KT saw 20,000 pre-orders within five minutes, while LG Uplus saw pre-orders double that of the iPhone 8 within the first 10 minutes.

SK Telecom, which has been staging pre-order sessions for marketing purposes, had its first batch of the handset sell out within minutes.

The telcos have demanded more stock from Apple to meet demand when official sales commence.

All of this is despite the iPhone X being the priciest iPhone ever in South Korea, costing 1.63 million won for the 256GB model.

Samsung Electronics, meanwhile, has kicked off a Galaxy Upgrade Program this week aimed at iPhone users ahead of the iPhone X rollout.

10,000 iPhone users will be chosen to try out the Galaxy S8 or Galaxy Note 8 for a month. Afterwards they can decide to keep using it or not.

The Galaxy Note 8, the most pre-ordered of the Note series to date, is still the highest-selling phone in the country, although sales have slowed since its launch in September.

iPhone X review: This is as good as it gets

There's a lot to like, and some not to like about the iPhone X. But one thing is clear: The iPhone X changes everything.

The pricey but highly anticipated 10th anniversary iPhone will launch in 12 additional countries, including Korea, in just over two weeks.

iPhone X is priced even higher in Korea

Apple's iPhone X is boring, but the software and services it enables are not (TechRepublic)

While Apple likes to hype its newest hardware, it's the software and services that stand out with the iPhone X. Here's what that means for the future of mobile innovation.