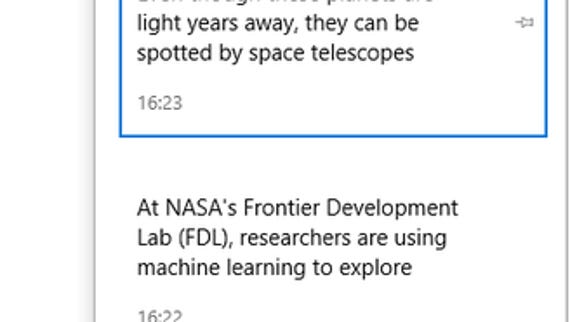 When looking at a new version of Windows, it's tempting to focus on new features that are visible in the user experience, especially when one of those features represents a change to the way a task or activity used to work. Those sorts of changes ("Look, File Explorer now has a dark mode!") make for easy demos and screenshots. But some of the most important changes in the latest update are essentially invisible.

Also: The top new features for IT pros

In this post, I focus on a handful of changes that are of special value to businesses and might otherwise go unnoticed, because they're not an obvious part of the user experience.

This might be the single largest pain point, but it's also the linchpin of the entire "Windows as a service" experiment that defines Windows 10. Over the past three years, Microsoft has tweaked and tuned the Windows 10 update process, moving more of the installation process to the background, allowing administrators to set active hours during which updates shouldn't be installed, adding notifications to lessen the risk of surprise reboots, and shrinking the size of downloads for each update package.

For this release, Microsoft also claims to have done substantial work on the logic that determines when your system reboots to install a pending update. The idea is not just to confirm that a device is not being used but to try to predict whether you've left for a long break or just stepped away for a cup of coffee.

The actual impact of these changes, of course, won't show up until this new version rolls out, but once that update engine is in place across a wide swath of the Windows 10 installed base, the predictive model can be fine-tuned based on feedback (and a few screams) from users.

The Timeline feature represents probably the single greatest change in the Windows user interface since the Start menu. This feature, which debuted in the April 2018 Update, keeps track of your activity history across devices, and then it displays that history along with the list of open program windows when you press Alt+Windows key or click the Task View button to the right of the search box on the taskbar.

The initial release of Timeline was useful for anyone who uses Microsoft Office and Windows 10's built-in Microsoft Edge browser. Some third-party apps, including Adobe's Creative Cloud family, have added support for the Timeline APIs as well.

Being able to search your Web history along with files is a crucial part of what makes Timeline work. That's unfortunate if your preferred browser is Chrome or Firefox (as is the case for the vast majority of Windows 10 users), because neither Google nor Mozilla has added Timeline support, nor have they announced plans to do so.

As a workaround, Microsoft plans to release extensions for both Chrome and Firefox that will allow Timeline to include your activities in those browsers. (They're "coming soon," I'm told.) In addition, the new Launcher app on Android devices can now share activities to the Timeline for a signed-in account, and an update to the Microsoft Edge app will bring similar for iOS, due for release in November, will bring similar features to Apple devices.

One of the biggest benefits of the Windows-as-a-service model is that it doesn't take years for new features to address usability issues that affect your day-to-day experience. The October 2018 Update includes a handful of changes that fall squarely into this category, including the following:

If any part of your job requires you to administer a Windows Server, you know the Remote Server Administration Tools are valuable. In previous versions of Windows 10, installing those tools required jumping through multiple hoops starting with a manual download, and then you had to repeat the installation after each upgrade.

Also: Windows 10 October 2018 Update: What you need to know TechRepublic

Beginning with the October 2018 Update, all of the RSAT tools are available on demand and can be installed from Settings > Apps > Apps & Features > Manage Optional Features.

Microsoft Edge has one compelling feature for large organizations. A feature called Windows Defender Application Guard (WDAG) allows users to visit websites in an isolated, Hyper-V-enabled container. That approach means a malicious site can't access a user's credentials or your enterprise data. As administrator, you define which sites are trusted in an Application Guard window. All other sites are considered untrusted.

Also: Windows 10 October 2018 Update: How to use the new Storage Sense features TechRepublic

The October 2018 Update dramatically improves the performance of Application Guard windows and also adds the ability to download files. That feature is off by default, for security reasons. If you turn it on, downloaded files go into an Untrusted Files folder.

Windows 10 Skip Ahead and Fast Ring testers are getting a new test build, 18252, which includes some new networking-related features.

Microsoft is planning to add the ability to mirror Android applications on Windows 10 PCs, as it continues to try to get users to rely on PCs for tasks usually done directly on phones.