Eighty hours a week and loving it, as Steve Jobs said of the original Macintosh team -- many of whom burned out from the stress. But somehow those all-consuming hours every day of the week became the expected norm, not just for startups but for demonstrating that you're really committed to your job in technology.

"Sustained exhaustion is not a badge of honor, it's a mark of stupidity," say the authors of It Doesn't Have to Be Crazy at Work, who are also founders of Basecamp (software for organizing teams and projects), in this passionate, cutting and occasionally profane book.

Instead of crazy like rush-hour traffic, Jason Fried and David Heinemeier Hansson suggest choosing calm -- but not in an irritating 'meditate your way to success' kind of way. The short sections that make up this book could be slightly better organised (themes occasionally repeat without being connected), but they're full of thought-provoking and sometimes intentionally provocative questions, and practical advice based on what they've found works in their own company.

This advice is going to be easier to follow if you have a successful company, and it does assume that the reader is setting the tone for their company rather than just working there. In particular, not having goals (because they lead to stress and compromise) may be a hard sell in many organisations. But as emphasised in the final section, this is about choice and how the things you keep choosing to do become habits.

There are some excellent rants here about overwork and hustling, and the way companies talk as if competition was an actual battle with soldiers and weapons -- perhaps because of some entrepreneurs' addiction to risk.

"Entrepreneurship isn't an epic tale of cutthroat survival," the authors point out; "The modern company isn't a street gang filled with orphans trying to make it in the tough, tough world." Instead of expecting people to work all hours and do whatever it takes, they say, find out what it takes and either budget for that or scope things back. The last few steps you push through to achieve a breakthrough might be uncomfortable, so that should be the exception rather than the rule, because discomfort is how you know something is wrong. Sleep deprivation does not make for more effective, creative employees; CEOs who work late and boast of getting by on four hours sleep are as irresponsible as leaders who forget that their suggestions have the weight of commands and will change everyone's priorities.

Always-on chat comes in for as much criticism as bosses who assume their employees are only hard at work if they can see them. Again, there are practical suggestions like setting the norm that people don't answer email immediately, having set office hours for experts everyone wants to get help from, keeping open-plan offices bearable by instituting library rules, and having presentations distributed in advance for comment rather than being given as a pitch everyone has to respond to immediately.

Anyone whose calendar fills up like a bad game of Tetris will like the idea that other people shouldn't be able to put things into your diary without asking. The thread underlying a lot of the specific suggestions is to trust people to know how best to work and get rid of the interruptions that make an eight-hour plane journey feel more productive than an eight-hour work day. The authors stop short of calling all time-management snake oil, but point out correctly that the best way to get through more of your to-do list is to have less on it. There's an excellent section here that could be subtitled 'in praise of no'.

Explore, then narrow down

Not every organisation is going to be able to adopt the uniform salaries, the idea of hiring people for short projects instead of setting them problems to solve on the whiteboard in an interview, or the six-week development cycles Basecamp uses. But the notion that you start by exploring and then narrow down to deliver something, rather than continuing to experiment and change is definitely useful. The Amazon-style 'disagree but commit' response -- where the boss doesn't have to be convinced as long as the team is (but the decision does have to be explained) -- can also be a big change for many organisations, but the idea that getting to consensus rewards the most argumentative is worth considering.

Every user who has lost a favourite feature in a software update only to be told they're complaining about having their cheese moved will be delighted by the recognition that it isn't that people don't like change, but that they don't like "change they didn't request on a timeline they didn't choose". Again, Basecamp's solution of never cutting off old versions of the software won't work for everyone, but it might inspire more companies to find solutions that will work for them without making the customers (and their own developers) do more work.

Whether you find one idea in here that helps or the inspiration to make more substantial changes, this book is a refreshing antidote to the way we usually autocomplete the title. When someone says "you don't have to be crazy to work here," wouldn't it be nice if the answer wasn't "but it helps!" 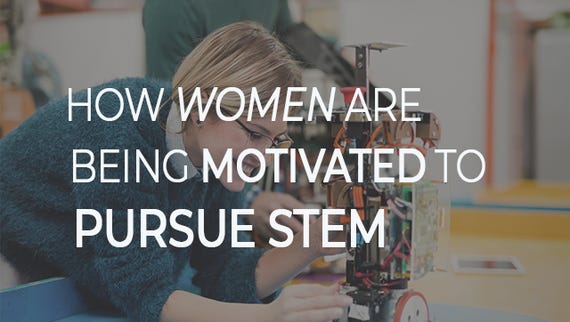 How women are being motivated to pursue STEM
Watch Now

Brazil's Generation Z aims for technology careers
About 85 percent of Brazilians born between 1995 and 2002 want to work in the sector, says study.

Telephone interview cheat sheet: Web developer (Tech Pro Research)
Phone interviews can save time and speed up the hiring process. This cheat sheet will make it easy to ask both general and job-specific questions, allowing you to compare candidates for the web developer position in a systematic way.

5 amazing things about Google I learned from one of its top executives
When a Google executive speaks, you have to listen intently and parse the words. I tried for at least 20 minutes.

Office envy: 56 percent of companies around the globe now embrace remote work
New report puts data behind the growing trend toward remote work around the world.

Join Discussion for: It Doesn't Have to Be Crazy at Work, book...