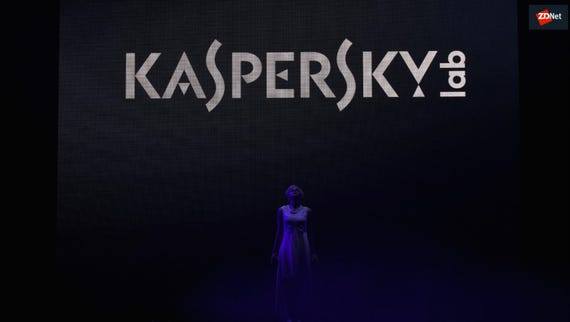 Moscow-based cybersecurity company Kaspersky Lab believes there's little hope the US government will stop blocking the use of its antivirus software by federal agencies.

"Unless the political situation changes, we don't expect any change... For the next couple of years, it is going to be more or less the same," Kaspersky Lab's head of CEO office, Anton Shingarev, said at a briefing on Wednesday in Singapore, during the company's annual conference, Security Analyst Summit.

Shingarev argued that the ban is not based on facts, but rather on geography and politics. And that his company can do little to change the situation. "It's really hard to influence politics. We don't want to and we don't have the resources," Shingarev said.

Kaspersky Lab's products were banned at the end of 2017, when all government agencies in the US were asked to remove the company's antivirus software from their networks.

US officials argued that the company's products could be under the influence of the Kremlin, and so represent a threat to US national security. These measures were taken following concerns that Russian nation-state hackers had influenced the 2016 presidential election.

"The case against Kaspersky is well documented and deeply concerning," Democratic Senator Jeanne Shaheen said in 2017. Kaspersky Lab's repeated attempts to overturn the ban have so far proved unsuccessful.

The company's CEO, Eugene Kaspersky, argued on Wednesday that this situation "makes cybercriminals happy", at a time when international collaboration between law-enforcement agencies to bring down hacking gangs faces additional challenges.

In November last year, the Moscow-based business opened a 'transparency center' in Zurich, Switzerland, inviting companies and public entities to review the source code of its products and to air any concerns.

"There are partners [and] customers who asked questions: how [the product] actually works, how the data collection works, and how you design a product," Shingarev, said.

Another transparency center, in Madrid, Spain, will open in the next few weeks, and a third one will launch in southeast Asia by the end of the year.

Kaspersky Lab's CEO, Eugene Kaspersky, said the US ban has not been critical for his company, although sales have decreased in 2018 in North America, which is one of its most important markets. "It's not minus 100 percent, it's minus 25 percent," he said. "We still have a lot of individuals and companies who are very loyal customers."

Kaspersky Lab's recently announced financial data shows that it has increased its global unaudited IFRS revenue to a total of $726m in 2018, up four percent, year over year.

Sales in the Middle East, Turkey, and Africa region have risen by 27 percent, while those in Europe, Asia-Pacific, and the region made up of Russia, Central Asia, and CIS have each grown by six percent.

However, the company's performance has dropped by 11 percent in Latin America, a trend Kaspersky Lab attributes to local currency devaluation.