Amid the region's continued political upheaval, we focus on the big tech developments of the past year.
Written by Damian Radcliffe on Jan. 3, 2018 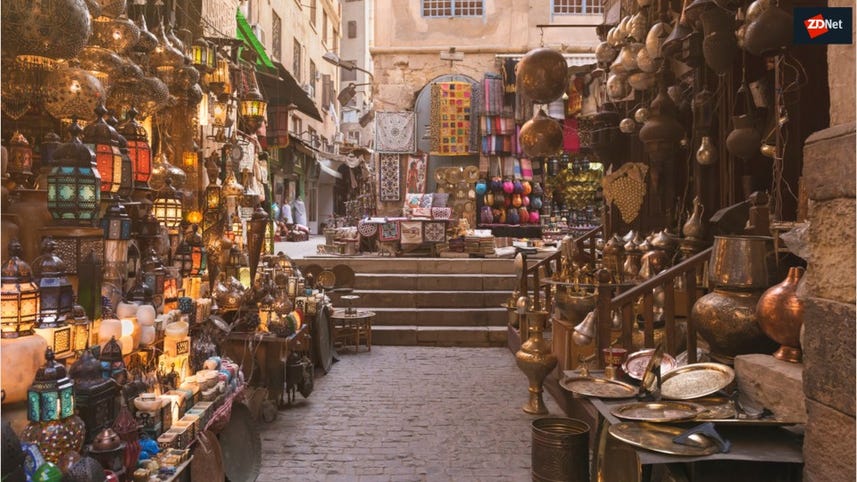 Video: Five facts about ecommerce in the Middle East

To kick off 2018, we have revisited some of our most popular pieces from the past 12 months, asking specific organizations and interviewees to update their story and give ZDNet readers a sense of what to expect in the year ahead.

Microsoft, the cloud and security

In 2017, we saw the protection of data coming under more intense scrutiny. With incidents of cybercrime increasing in the Middle East, 2018 will see more businesses and governments placing cybersecurity and privacy at the top of their priority lists.

Compliance with the General Data Protection Regulation (GDPR), which takes effect in May 2018, will be the starting point for many. Although GDPR is designed to strengthen data protection in the European Union, compliance will be critical for Middle East businesses large and small looking to do business in Europe.

One essential step in meeting GDPR obligations is discovering and controlling what personal data you hold and where it resides. Microsoft is building features into its cloud services, Microsoft Azure, Office 365 or Dynamics 365, to help customers meet these obligations and we've already made available contractual commitments that provide GDPR-related assurances.

In 2018, Microsoft also expects to see more businesses and governments in the Middle East and Africa using cloud services to transform digitally, both because of cost savings and enhanced security.

Last year, Microsoft announced it would be delivering the complete, intelligent Microsoft Cloud for the first time from datacenters located in Africa, and we look forward to supporting our customers in the region from these datacenters.

The artificial intelligence market in the Middle East and Africa was estimated to be worth around $66m in 2017. In 2018, we expect to see more consumers, businesses, and governments taking advantage of the benefits that AI and machine learning provide to foster innovation and spur creativity in the region.

A recent report by PWC Middle East found that many consumers in the region are willing to use AI for healthcare purposes, if it means they will receive better services in the medical field.

However, the region is still hesitant about AI because it seemingly lacks a human element. For the region to realise the full benefits of AI, it needs to be accessible to every individual and organization in the Middle East.

The goal of AI should be to amplify human ingenuity with intelligent technology by infusing AI, using a thoughtful approach when designing AI innovations, which extends and empowers human capabilities in all aspects of life.

AI platforms are available today for enterprises, governments and individual developers to make their core solutions, businesses and products smarter. We see demand from customers and partners to participate in hackfests, where we code together with AI experts to build working solutions.

AI is also making a huge difference for individuals. Programs like Project Emma, which explores the use of sensors and AI to detect and monitor the complex symptoms associated with Parkinson's, as well as Seeing AI which is an intelligent app designed for the blind and low vision community are examples of how technology is making the world more inclusive.

There's no doubt that social media last year dramatically changed the way Iranians attain and express information. People in Iran rely on Telegram for practically everything they need in their daily lives such as their daily news, online shopping, music, and even daily celeb gossip.

In 2003, Iran witnessed one of its most devastating earthquakes; a 6.6 magnitude earthquake hit the Kerman province, destroying the city of Bam with a death toll of over 26,000 people. There was a positive response from the international community but one thing that was missing was a strong response from the local Iranian community. Within the first 48 hours, there was a massive confusion and a lack of effort that may have cost lives.

Fast forward to 2017, the Kermanshah province was hit with a 7.3 magnitude earthquake. Enter social media: posts were popping up almost instantly throughout Instagram and Telegram. Social media showcased the humanity of the Iranian people, quickly stepping up to assist in any way possible.

Most inspiring were the thousands of groups who traveled to assist within the first 24 hours. People could see that they were making an impact, which motivated them to continue their efforts. Celebrities and influencers hit social media, raising millions of dollars within days.

As marketers, we tend to use media channels to enable better reach, hit our campaign targets, or just to win over bigger clients. Sometimes it creates rare moments when people come together and help without any monetary intention.

In June 2017, Niki Aghaei talked to us about Iran's tech boom.

Turmoil in Gaza made international headlines several times throughout 2017, but the growing Gazan tech community has still managed to make notable strides. Two Gaza Sky Geeks, or GSG, priorities over the past 12 months have been deepening the technical skills of programmers and nurturing aspiring online freelancers.

The first cohort of GSG's Freelancing Academy, launched in June, has already generated more than $90,000 from over 400 projects, ranging from web development to graphic design and translation.

Looking ahead at 2018, one of our main goals is to ensure that Gazans can actually earn an income from their talent and training, which remains a challenge given that online payment services such as PayPal are still unavailable throughout Gaza and the West Bank.

With international partners like Stripe, the global online payments company, and local institutions like the Bank of Palestine, GSG will continue to focus on providing these online freelancers and entrepreneurs with access to the same low-cost options to transfer or receive money online as people living in the US or Europe.

Read more on ZDNet about GSG's work and its successful 2017 crowdfunding efforts.

Simon Kemp, global consultant, We Are Social, and founder, Kepios

Most of the big 2018 trend predictions are already out, with many championing the same tech topics such as blockchain, augmented reality, and artificial intelligence.

So, maybe now's a good time to look to the technologies we've already got, and think about how we can make better use of them.

For example, few brands have cracked mobile marketing, even though we've had smartphones for more than a decade. Similarly, the vast majority of brands are still using social media to blast adverts at people, instead of engaging their audiences in two-way exchanges of value.

Sure, it's important to keep one eye on the future, but don't let those 'shiny objects' distract you from the magic that's already in front of you.

Simon Kemp is the author of a series of annual reports on the global state of digital adoption and usage. In March 2017, he explained to ZDNet what the latest data meant for the Middle East. His latest batch of reports will be published in early 2018.

Digital Transformation
Tech essentials for when the power goes out