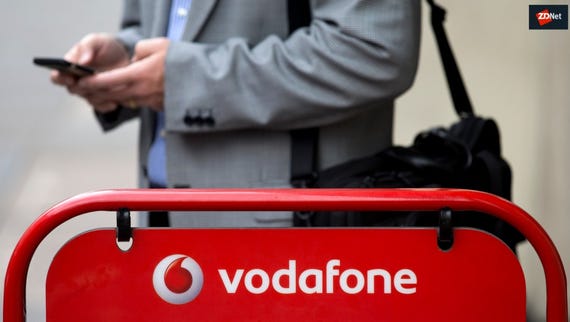 Kogan.com has announced that it will be launching its mobile offerings in New Zealand, using the Vodafone NZ network for coverage after signing a partnership agreement.

The Australian online retailer electronics manufacturer and retailer's executive director David Shafer cited Kogan Mobile's success in Australia as an MVNO in making its decision to launch in New Zealand.

"In Australia, Kogan Mobile has been delivering on its promise to save Aussies more of their hard-earned money, and hundreds of thousands of customers have already migrated to Kogan Mobile in Australia over the past two years," Shafer said.

Kogan Mobile has yet to reveal how much plans will cost in New Zealand. The Vodafone NZ network provides mobile coverage to 98.5 percent of the population, with 95 percent covered by 4G services.

Vodafone NZ has also been trialling 5G services alongside Nokia, and last month paid NZ$3 million to acquire the remainder of Farmside, the rural broadband and satellite arm of small carrier TeamTalk.

According to the telco, the acquisition would enable it to "focus on our key priorities: Rolling out our National Digital Tier III Network and undergrounding our fibre network in Wellington's CBD, to deliver greater resiliency and additional services to customers".

In Australia, Kogan.com had at the end of 2015 announced reaching an agreement to wholesale Vodafone Australia's 3G mobile network, adding 4G services to this in 2016.

Kogan.com then announced in June last year that it would also be launching National Broadband Network (NBN) services with Vodafone, at the time saying they would extend their mobile broadband agreement out to 2022, with "significant incentives" for both companies to continue the partnership thereafter.

Earlier this year, Kogan.com launched its NBN service off the back of Vodafone's fixed-line coverage.

"We have a unique structure with Vodafone, where we are the branding, marketing, and customer acquisition arm. So Vodafone runs the service, Vodafone runs the network, the call centres, absolutely everything, and it's branded as Kogan mobile," Kogan CEO Ruslan Kogan said at CES 2018 in Las Vegas in January.

"The way that we've structured it makes a lot of sense, because for our business, we are doing what we are good at: Being the brand Kogan Mobile, the online trust, the customer acquisition, the digital marketing, and we can offer a Kogan-branded end-to-end experience for our customers whilst not -- we don't know how to run a telco."

Kogan Mobile in April said it is "one of the fastest-growing telcos in Australian history", with its gross profit climbing toward AU$3.5 million as the provider continues adding customers.

The company had made AU$3.6 million revenue from Kogan Mobile throughout the entirety of FY17.

Kogan.com on Monday also announced it will be entering the whitegoods and built-in kitchen appliances market with its own range of products across fridges, washing machines, clothes dryers, dishwashers, ovens, stoves, and rangehoods, with the chief executive saying the industry "lacks competitive tension".

As of the end of the period, the company had cash of AU$19 million, inventories of AU$55 million, and trade and payables of AU$31 million. Active Kogan.com customers numbered 1.3 million as of the end of March.

"Kogan.com commenced the new calendar year with a strong quarter of continued growth as we execute our long-term strategy," Ruslan Kogan said in April.

"The business is poised to continue its growth trajectory into the seasonally strong end-of-financial-year quarter."

Revenue for the six-month period was AU$144 million, up from AU$105 million in the previous year, while Kogan Mobile brought in AU$1.1 million in gross sales.

Kogan Mobile gross profit is rising to the AU$3.5m-per-quarter mark, with the telco continuing to add customers.

Kogan Internet has launched its NBN service off the back of Vodafone's offering, with plans maxing out at less than AU$90 per month for download speeds of 100Mbps and unlimited data.