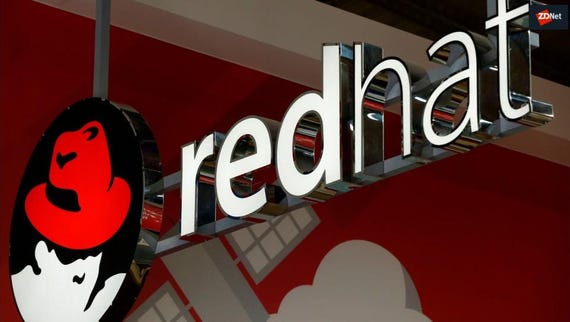 For years, there have been high-powered Linux laptops like Dell's XPS 13 Developer Edition, System76's Serval WS, and ZaReason's UltraLap 6440 i5, but I've never seen anything quite as powerful out of the box as the Kubuntu Focus from the Kubuntu Council, MindShareManagement, and Tuxedo Computer.

The specs alone are pretty darn impressive. It starts with the CPU. The Focus uses an Intel Core i7-9750H 6 core 4.5GHz Turbo processor. There are faster CPUs out there, but you're not going to find many of them in a laptop. This is backed up by an Nvidia GeForce RTX 2060 GPU with 6GB of video RAM.

To run applications with all that processor power, the Focus comes with 32GB of  Dual Channel DDR4 2666 RAM. This, in turn, gets its data from a 1TB Samsung 970 EVO  Plus NVMe-connected Solid-State Drive (SSD).

What all that horsepower gives you is an outstanding performance. With the CPU set to 'Performance' mode via the CPU frequency widget, GeekBench 5.0.4, I saw single core measurements of 1,292 and a multi-core rating of 5,734. There are maxed up faster desktop systems, but you'd need to look long and hard for laptops that can give it a run for its money.

That said, you may find yourself using the Focus in desktop mode more often than you'd like. With great power comes great battery drain. Running the machine hard, I saw a battery life of just less than three hours. When not beating the heck out of it, it came in at a respectable three and a half hours. Still, I'm used to getting five or six hours out of a laptop these days.

The LED-backlit keyboard is also full-sized. It includes a 10-key numeric keypad. I'm sorry to say I didn't care for its feel. The 3-4mm travel was fine, but I found the layout a bit awkward. Your typing may vary.

The Synaptics glass touchpad was also a trifle annoying. By default I found it to be too responsive. I was able to tune this so that didn't stay a problem for long.

On the purely plus side, boy does this laptop have ports! I can't remember the last time I saw one with so many ways to hook peripherals to a notebook computer. It includes two USB 3.0 Type-A ports, one of which is powered, and a pair of USB 3.1 Type-C Gen2 (10 GBit/s). These, however, don't support power in or out. Instead, it used an old-style DC-in power connection. It also has a six-in-one card reader. For video, it supports  DisplayPort 1.4 via USB-C, Mini-DisplayPort 1.4, and, of course, HDMI 2.0 (with HDCP). With the Nvidia graphics powering it up, you could run as many as three monitors, in addition to the built-in display.

But, wait, there are more ports! It includes a Gigabit=capable Ethernet port, a 3.5mm coaxial 2-in-1 audio jack, and an S/PDIF audio jack to boot. For Wi-Fi and Bluetooth, it uses an Intel Dual AC 9260 chipset.

For the operating system, it uses Kubuntu 18.04. This is the KDE Plasma desktop take on Ubuntu 18.04. This base Linux operating system has a 10-year life span. While Kubuntu is based on Ubuntu, it's no longer supported by Canonical's Ubuntu parent company. Instead, most of Kubuntu's support comes from Blue Systems. That said, Kubuntu is now largely a community distribution. Hence, this laptop's trio of parents.

For software, it comes with the usual Linux favorites. This includes Firefox for the web browser, LibreOffice for the office, and Gimp for graphics editing. One unusual feature is it comes with a highly tuned version of Chrome as a web browser alternative.

One really nice but unusual feature is that this is one of the few systems I've ever seen that comes with full-disk encryption by default. This relies on Linux Unified Key Setup (LUKS). I'd like to see more computers with built-in storage encryption.

Another neat feature is it comes cloud-ready. When you first log in, you're prompted to connect to Dropbox, Google Drive, or OneDrive. Since many of us work hand-in-glove with one of these popular cloud storage services, it's nice to see it's built-in. It's not quite ready for prime time yet since, in this late beta, the system didn't check to see if the network was up yet.

I found this system, which uses KDE Plasma dark mode by default, to be a pleasure to use. In particular, I can see two main roles for this powerhouse laptop. The first is as a serious developer platform. No matter what your program, I think you'll like this desktop.

The other is, believe it or not, is as for gaming. Linux gaming often gets a bad rep. This machine might change your mind. It's got the power you need to run multiplayer Steam games competitively.

The reviewed model retails for $2,395. Depending on the configuration, prices range from $1,795 to $3,555. The entry-level model comes with 16GBs of RAM and a 250GB Samsung 970 Evo Plus SSD. The top-end model comes with Nvidia RTX 2080 graphics and 64GB of 2666MHz dual-channel RAM. You can order it outside the US and Canada at the Tuxedo order page.There are academic discounts available for students and faculty. Two percent of every sale is donated to the Kubuntu Foundation.

While this isn't an ideal laptop for me -- I prefer smaller models these days with more battery life -- if you want top performance on a desktop replacement laptop, this may be the machine for you. You can order the Kubuntu Focus today. Deliveries will begin in the first week of February.